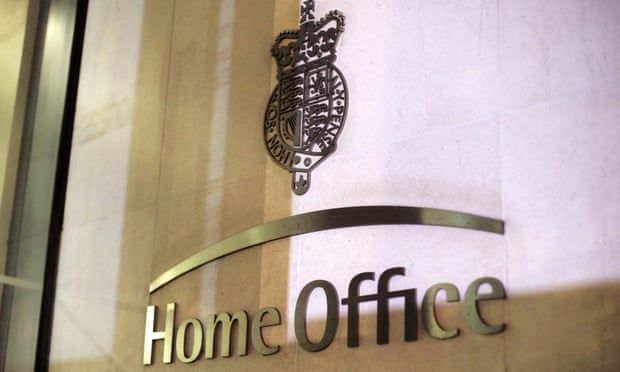 Halt to interviews in March last year due to Covid has had ‘devastating emotional impact’, social workers say
Children are emotionally and physically falling apart because the UK asylum system ground to a halt during the pandemic, according to social workers and charities.

Young people who have arrived in the UK on their own have faced huge delays in receiving an asylum decision as the Home Office system for interviewing children largely ground to a halt last March, resulting in a “devastating emotional impact”.

These delays have had severe repercussions on their mental and physical health, including reports of self-harm, insomnia and stress-related disorders such as hair loss and painful skin conditions, a report shows.

For children, the usual procedure would include two interviews before a decision from the Home Office. The system has been suspended from March 2020 for nearly all cases due to Covid restrictions, despite interviews for adults restarting last summer. After a pilot programme of conducting interviews remotely began in Kent, the Home Office said it hoped to roll these out nationally, but only has 37 out of 343 of local authorities in England have signed up. Over the last two weeks children in some areas have received dates for remote interviews.

According to Home Office statistics, 2,868 unaccompanied children applied for asylum in 2020. The government’s own guidance recognises that these children are among the most vulnerable in the country.

A report from the Greater Manchester Immigration Aid Unit (GMIAU) calls for the Home Office to make decisions on all children’s asylum claims without interviews where possible and expedite the system for remote interviews, saying it is “inhumane” to expect them to wait any longer.

The report describes one child supported by the service who has been stuck in limbo awaiting a decision for more than a year and a half. In Greater Manchester the average time is 410 days. A previous target of six months for processing asylum claims was scrapped in 2019.

The research on the impact of the delays was based on children in Greater Manchester but services around the country have echoed its findings.

The delays have meant that many children had turned 18 while awaiting a decision, meaning they will no longer automatically receive the same protections and support such as a legal representative, responsible adult and interpreter.

As well as reports of a deterioration in mental health from children expressing anxiety over their status in the UK, on top of the pressures of lockdown, social workers have also reported that relationships with friends and adults in these children’s lives are beginning to break down. One social worker in Greater Manchester said a young person had stopped trusting the professionals working with him, another reported lack of engagement with education.

The delays have had a negative impact on children in all areas of their lives, including psychological, developmental, educational and social, said Maya Pritchard, youth casework manger at the South London Refugee Association. She said she was aware of discussions between members of the Refugee and Migrant Children’s Consortium that children have experienced significant delays to their asylum claims across the UK, including Leeds, Birmingham, Bristol and the south-west, and Scotland.

Neena Acharya, senior solicitor at Coram Children’s Legal Centre, said that waits of more than a year were not unusual for the children they represented. She said that delays for processing decisions for children processed through the national referral mechanism – when it is suspected that they are the victims of modern slavery – had also increased, with “Covid cited like a get-out-of-jail-free card”.

Denise McDowell, head of the GMIAU, called for urgent action to get children’s asylum claims moving again. “There are children in bedrooms pushed towards self-harm, suffering persistent insomnia, losing their hair, unable to concentrate and giving up on the future. It’s happening because our children are stuck, waiting while adults struggle to work out how to decide their asylum claims during a pandemic,” she said.

If the Home Office is unable to get the system moving, the “the only sensible option is to grant asylum now to all these children who have been waiting in limbo”, she added.

Afzal Khan, Labour MP for Manchester Gorton, said he had seen first-hand the devastating impact delays have on asylum seekers within his constituency as they try to rebuild their life in the city. Urging the Home Office to address the findings of the report, he said: “It is particularly heartbreaking to see children affected by these delays on top of the emotional toll of school closures and lockdowns.

“Children seeking asylum in the UK on their own are becoming victims of the Home Office’s incompetence, and the emotional impact of this is devastating. All children deserve a safe and happy childhood”.

Kevin Foster, minister for future borders and immigration, said the research showed the asylum system was “broken and in desperate need of reform, so those genuinely in need of support are welcomed through safe and legal routes”.

He said the government was working to fix the current backlog by increasing operational capacity and improving processes so decisions were dealt with efficiently. “We are also prioritising unaccompanied asylum seeking children and vulnerable applicants, so those in genuine need get support.”
#Covid
Add Comment