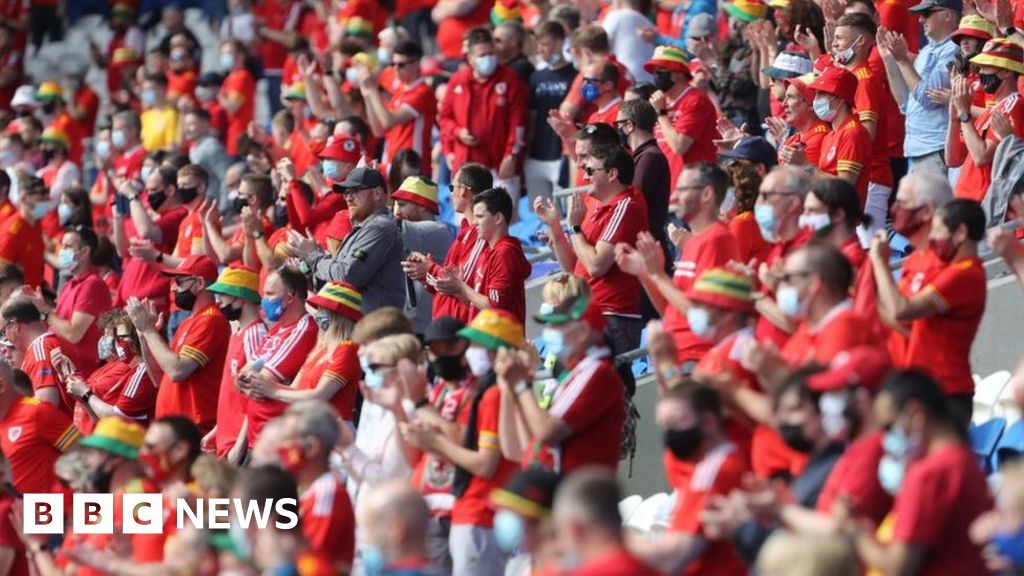 Can Wales get to World Cup for first time in 64 years?

Dafydd Iwan's Yma o Hyd has become Wales' unofficial anthem, but could equally be that of their opponents on Sunday.

The folk singer said when he performs his 1983 song at the World Cup play-off final he will be singing to everyone.

The former Plaid Cymru president said while his tune was about protecting the Welsh language, it was equally relevant to Ukraine's position today.

"There's no comparison between the plights of Wales and Ukraine," he said.

"I'll sing for their country as much as my own."

He hoped the lyrics would be shared on the big screen at Cardiff City Stadium, so Welsh and Ukrainian fans can sing together.

This week Wales manager Robert Page called the play-off "the most important game in our history".

Wales' inglorious beginning to their international adventure was in 1876 with a 4-0 defeat to Scotland. 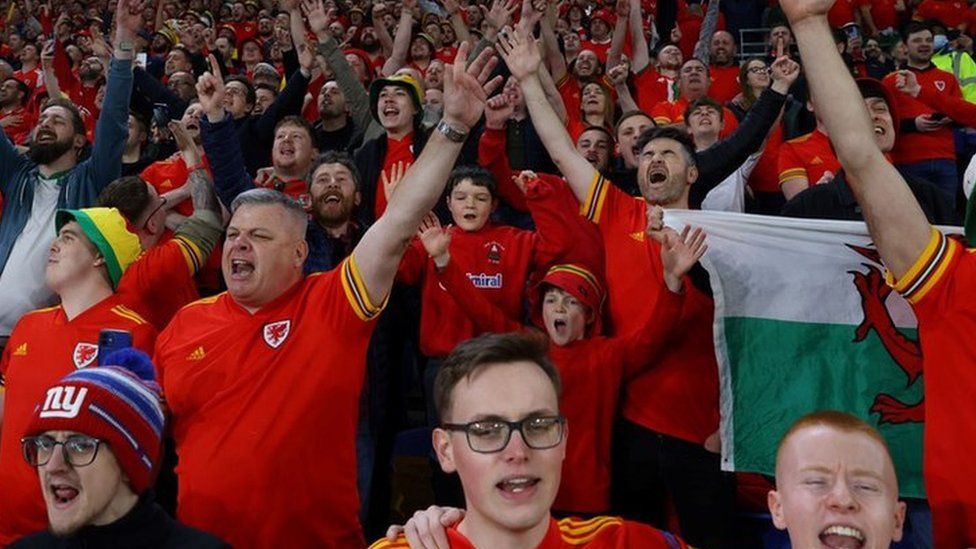 "A very talented Welsh team was thwarted by the outbreak of World War One," he said.

"Their first international match against anyone outside of the UK was versus France, a 1-1 draw in 1933, but the looming World War Two meant that again they couldn't compete against another non-UK side at home until 1949, when they took on Belgium.

"So by the time they qualified for the 1958 World Cup, even though they'd been playing international football for over 80 years, they were actually quite inexperienced against the rest of the world."

Wales qualified for the 1958 tournament by winning two games 2-0 against an Israel team no-one in the Middle East wanted to play. After the creation of the state of Israel sporting contests were frequently hampered by the Arab League boycott.

After drawing all their group matches in Sweden, Wales and Hungary could only be separated by another play-off.

But star player John Charles' legs were left so battered and bruised by Hungary he was not fit to take on Brazil in the quarter-finals.

The South Americans won the game thanks to a certain 17-year-old called Pele - and went on to lift the World Cup itself. 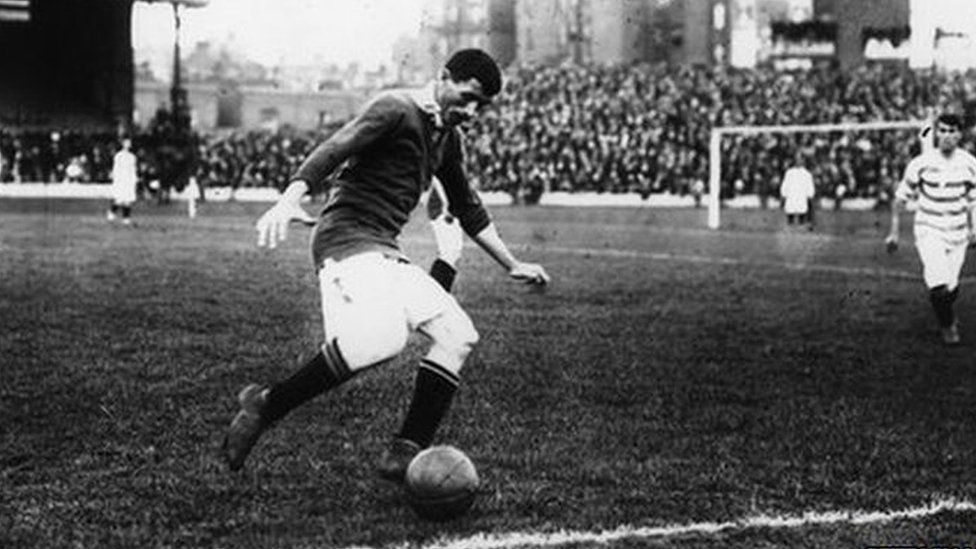 Mr Jones said the lack of mass TV coverage meant many people did not even know the Wales team had been away.

He said: "There's anecdotes from a few players about lugging their suitcases down the train platform on their homecoming, only to be greeted by train guards who complimented them on their tans, and inquired where they'd been for their holidays."

As they were knocked out before the last four met in Yugoslavia for the finals, opinions differ as to whether this should be counted as a real tournament qualification.

Mr Jones knows where he stands.

"Just because the tournament format has changed now, we shouldn't forget that there was a Welsh team who were ranked in Europe's top eight in that year," he said.

A year later Scotland's Joe Jordan broke Welsh hearts at Anfield. In the penultimate game of qualification for the 1978 World Cup a penalty was wrongly awarded against Dave Jones.

In the run up to Mexico '86 another handball eliminated Wales, as David Phillips conceded the penalty which saw Scotland qualify at Wales' expense.

Phillips was still in the Wales team seven years later, when Wales perhaps came the closest they ever have to reaching the World Cup since 1958, as they lost their final qualifier 2-1 to Romania. It was a game fans remember for Paul Bodin missing a penalty, which would have put Wales 2-1 up. 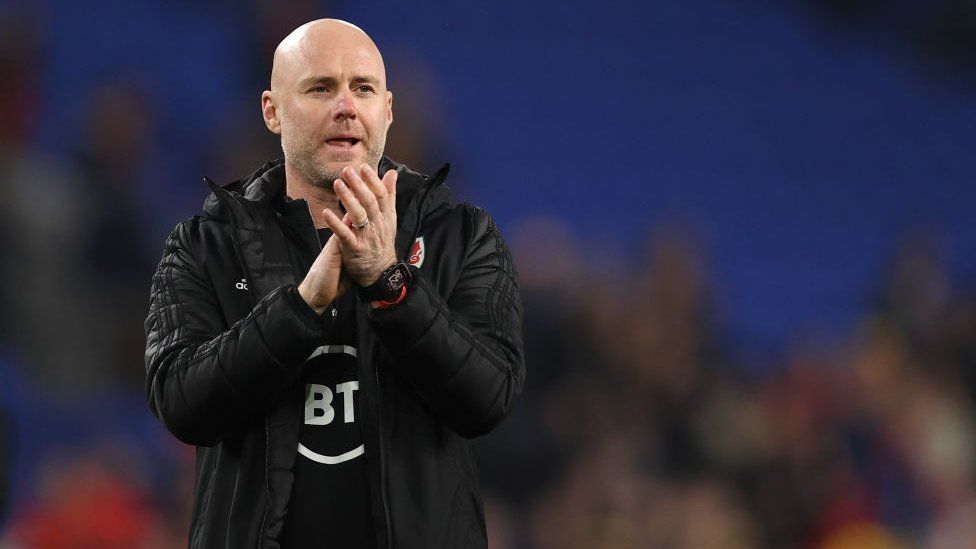 Wales manager Robert Page dubbed this week's game: "The most important game in our history"

"Everyone is always talking about Paul Bodin, with the missed penalty, but why weren't other players taking the penalty, strikers etc?

"Bod was the penalty taker. He was calm, he was assured when he used to take the penalties, but it was one of those days that happened."

Three players in that squad would be vital in Wales' next successful period.

As managers, Mark Hughes, Gary Speed and Chris Coleman helped take Wales to the next level.

Mark Hughes almost took Wales to the big time, but the team lost to Russia in the play-off for the 2004 Euros in Portugal.

But it was Gary Speed who assembled the team which was led, after Speed's death, by Chris Coleman to the 2016 Euros - finally. And, more than that, they made the semi-finals, knocked out by eventual winners Portugal.

Catherine Jones, from Swansea, who works in banking in London, said: "I watched those 2016 matches in the London-Welsh club.

"And when Hal Robson-Kanu's goal went in against Belgium in our quarter-final win, I'll never forget all the beer going up in the air.

"It somehow meant more than it would have done if I'd been back in Wales." 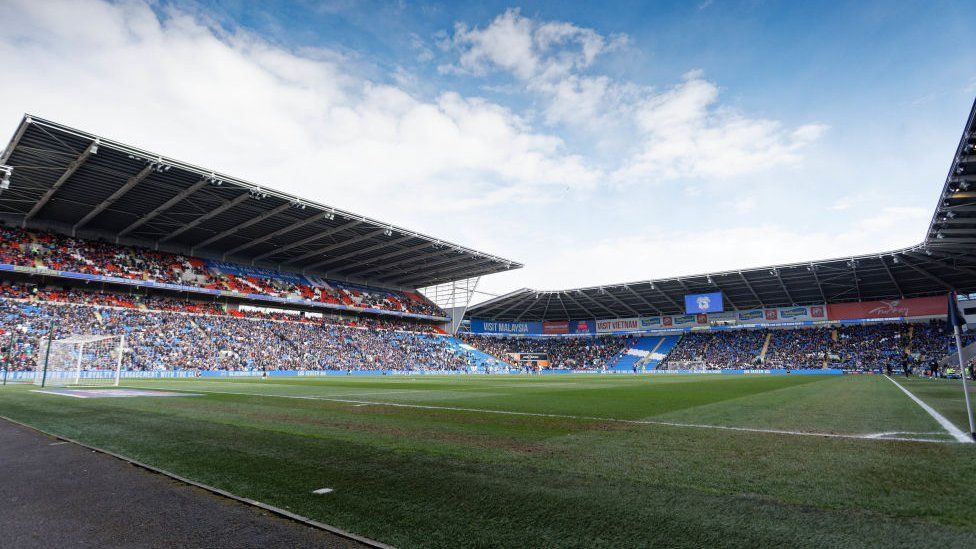 Wales then qualified for their second Euros in a row when they got to the 2020 tournament. After making it though the group stage they went out after they were thumped by Denmark.

This time David Phillips has more confidence in Welsh chances.

"We have got bigger, we have got better, and we can't take Robert Page out of that equation," he said.

"We've got some exciting youngsters coming through. Add to that people like Aaron Ramsey, Gareth Bale, and Joe Allen.

"I know people will say this will be the last opportunity, potentially, for them to reach the World Cup final, but they are only 31-32, and still have enough about them."