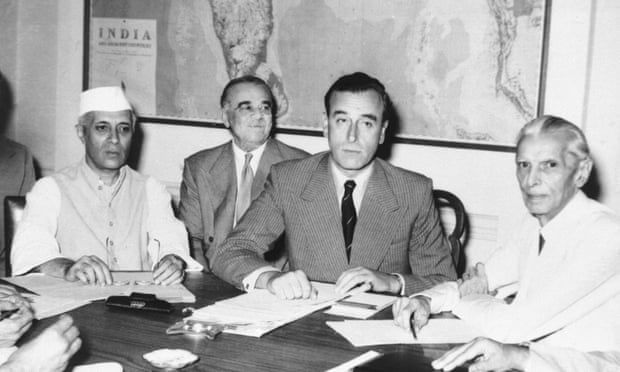 University of Southampton spends ‘hundreds of thousands’ on legal battle preventing access due to government veto
When the diaries and letters of Lord and Lady Mountbatten were “saved for the nation” in 2010, it should have created an invaluable public resource. Instead, a writer has spent four years and £250,000 of his own money in an ongoing – but still frustrated – attempt to force Southampton University and the Cabinet Office to allow the public to view them.

The university bought the Broadlands archive, named after the Mountbattens’ Grade I-listed house, for £2.8m in 2010, attracting funding by stating it would “preserve the collection in its entirety for future generations to use and enjoy” and “ensure public access”.

However, Andrew Lownie, the author of a 2019 book about the Mountbattens, has been fighting unsuccessfully since 2017 for their correspondence and diaries to be released. This is despite freedom of information (FoI) requests and an order by the Information Commissioner’s Office (ICO) that the material be released.

The university has said it was directed by the government to keep a small number of the papers private until told otherwise. “They’ve spent hundreds of thousands of pounds and brought in two top QCs, and this fight has been going on for four years so I can only imagine there’s something [interesting] there otherwise why would they bother?” said Lownie.

Lownie began his quest when researching his book. Although it has since been published, he is determined to continue the fight, and is now trying to raise £50,000 on Crowdjustice to help fight an appeal by the university and Cabinet Office against the ICO decision.

The academic believes the documents could shed light on the royal family and the independence and partition of India. Lord Mountbatten was the uncle of Prince Philip, Duke of Edinburgh, confidant of Edward VIII (Duke of Windsor) and the last Viceroy of India, while Lady Mountbatten had a close relationship with the Indian leader Jawaharlal Nehru.

He said: “I just feel what they’re doing is wrong … And they just think they’ve got deeper pockets and they can just see me off. And this is why I’m hoping I can at least shame them and maybe we can get the release of these diaries, which I think are important sources for any 20th-century story but also we can make the point that this is not the way that governments and universities should behave … This is opening up, what potentially could be another Chips Channon diaries [which contained scandalous revelations about the powerful in interwar London] for other historians.”

The university bought the archive, which also included the papers of the Victorian prime minister Lord Palmerston, with the help of grants of almost £2m from the National Heritage Memorial Fund and £100,000 from Hampshire county council. It was also subject to the “acceptance in lieu” scheme under which art works and archives are accepted by the nation in lieu of inheritance tax, taking the total cost to about £4.5m, according to Lownie.

When he found omissions relating to the Mountbattens from the university’s inventory, he made an FoI request but the university refused to release the materials, citing a Cabinet Office power of veto under a ministerial direction. After he complained to the ICO, it contacted the university, which failed to respond for 12 months, prompting the commissioner, in the interim, to issue what it described as “unprecedented” contempt of court proceedings against the university because it “continues to flout its statutory duty”.

After the university responded, in December 2019, the ICO ordered it to publish the Mountbattens’ diaries and letters. An appeal against that decision is due to be heard at the first tier tribunal in November.

At a case management hearing in March, lawyers for the university said it intended to release Mountbattens’ diaries up to 1934 in early April. But this was only done on Thursday – and some of the online links appeared to be broken – the day after the Guardian approached the Cabinet Office and university about the matter.

A University of Southampton spokesperson said: “As part of the allocation of the archives in August 2011, the university was directed to keep a small number of the papers closed until we were otherwise advised. The university has always aimed to make public as much of the collection as is possible whilst balancing all its legal obligations.’’