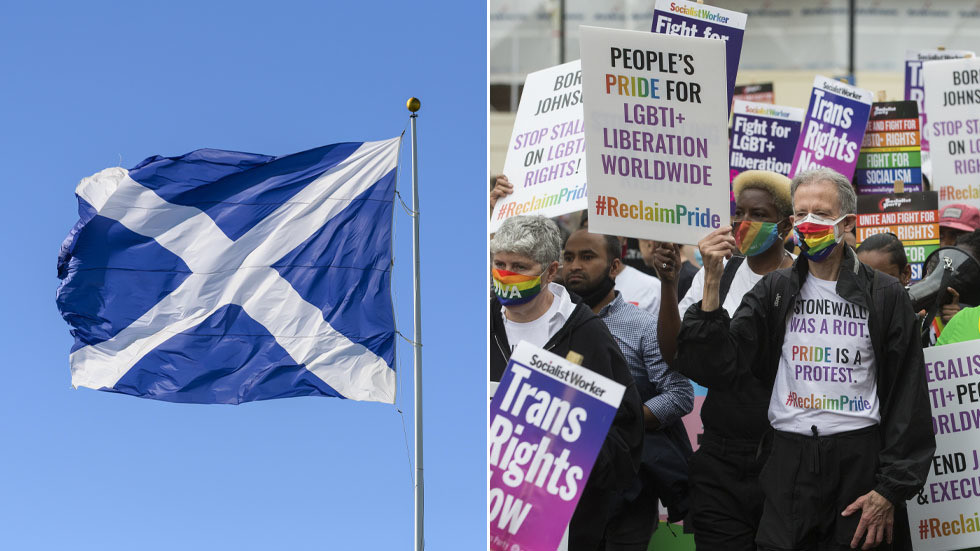 The pro-LGBT+ advocacy group Stonewall reportedly bumped the Government of Scotland up its controversial Diversity Champions list after it dropped the word 'mother' from its maternity-leave policy, and some people are puzzled.

The influence of Stonewall, the powerful British LGBT+ charity, was the focus of an investigation by BBC reporter Stephen Nolan, who released his findings in a series of podcasts last week. One particular detail has caught the public attention after being highlighted by some media outlets. To be in the good graces of the group, a government needs to erase motherhood – or at least not use the word 'mother' in documents even as relevant as a state maternity-leave policy.

According to Nolan, that's how the Scottish government managed to "score points" with Stonewall. The gendered word got excluded from the documents in favour of the more inclusive terms like "spouse" or "partner." The move is presumably supposed to make the policy more friendly to trans people, who retain capacity for child birthing while identifying as male, and to non-binary persons.

The news angered many readers, who took it as one of many attacks on femininity by trans rights activists. One woman said there would be "consequences" for anyone who would dare call her anything but a mother. Another commenter said the aggressive push of non-gendered terms into the English language was making it "turned upside down to the point of being offensive to the majority."

Some people were perplexed as to why 'demothering' a government guideline would be viewed as progress by Stonewall. After all, its Scottish chapter doesn't shy away from the word "mother" when describing the benefits that young parents are entitled to.

In his podcasts, Nolan argued how Stonewall exerted undue influence on politics in the UK, while ironically receiving public money to champion its causes. One of the main tools it uses is the Diversity Champions list, which ranks employers according to their endorsement of minority rights, as decided by Stonewall experts. The Scottish government made it to the top-100 in 2019, below organizations like the British Army, MI5 and the Welsh government.

The latter made similar adjustments to the wording of Wales' maternity and adoption policy, compared to the 2018 version, though oddly the word "father" was kept in it. The 2019 variant stressed that gendered terms "should be taken as applying equally to trans or non-binary parents."

Nolan's exposé was dismissed by defenders of Stonewall as a bigoted attack on a charity that has decades of proud history of promoting minority rights. Human rights campaigner Peter Tatchell said it was a continuation of a "sustained attack" by a small minority of transphobic individuals.

"The current hue and cry against Stonewall has a whiff of conscious or subconscious bias," he told the morning newspaper i. "Similar criticism would not dare be made about organisations challenging racism and anti-Semitism. This dispute is a manufactured culture war that is doing the whole LGBT+ community great harm. We feel under attack."

If true, one of Stonewall's own founders, Matthew Parris, is part of that vocal minority. In a May column in The Times, he said the advocacy group had been "cornered into an extremist stance" on trans rights. Nancy Kelly, the current head of Stonewall, responded that she was "comfortable" with the direction of the organisation and likened critics to Jew-haters.

"With all beliefs including controversial beliefs there is a right to express those beliefs publicly and where they're harmful or damaging – whether it's anti-Semitic beliefs, gender critical beliefs, beliefs about disability – we have legal systems that are put in place for people who are harmed by that," she said at the time.

Stonewall and its allies insist that their current fight for trans rights is no different from the fight for gay rights decades ago. The charity started championing trans rights in 2015.