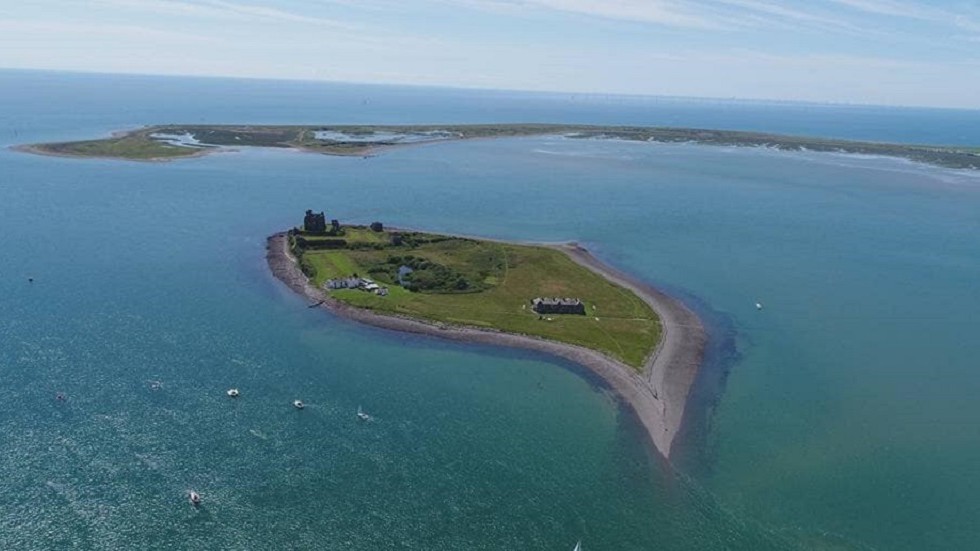 A local council in northwest England has started looking for someone to manage the unique historic inn and the tiny Piel Island that hosts it. The one in the job is traditionally crowned the ‘King of Piel.’
Piel Island covers the area of just around 50 acres (20 hectares), sitting off the coast of Cumbria, near Barrow-in-Furness. But it’s not all about the size as the small piece of land boasts a medieval castle – built in the 14th century to counter Scottish raiders – and the famous Ship Inn, which itself has a history of over 300 years.

The pub that offers “fine traditional ales from local breweries, beers, wines and spirits to quench the thirsty traveler” had been operated by the Piel Island Pub Company since it reopened in July after all the Covid-19 curbs.

But this was only a temporary arrangement, and last week Barrow Borough Council’s Overview and Scrutiny Committee announced that it’s looking to recruit a proper landlord to oversee the Ship Inn and the whole island for the next 10 years.

The vacant job must be filled before April when the tourist seasons kicks off and ferries begin circulating between the island and the mainland.

“It's important the right people are installed, people with sound local knowledge, a feel for the island and its history,” Frank Cassidy, the committee vice-chair, said about the possible applicants.

The one to meet all those criteria is going to be crowned the ‘King of Piel’ during a centuries-old special ceremony. Traditionally, the ‘monarch’ sits on an ancient chair, sporting a helmet and holding a sword in his hand, while beer is being poured over his head.

However, Chris Jones, the council's head of program management and climate change, warned that “there are significant constraints to living and working on Piel Island and people need to think about that.” The price for the title are uncertain local weather, isolation and long working hours.
#COVID-19  #Covid
Add Comment