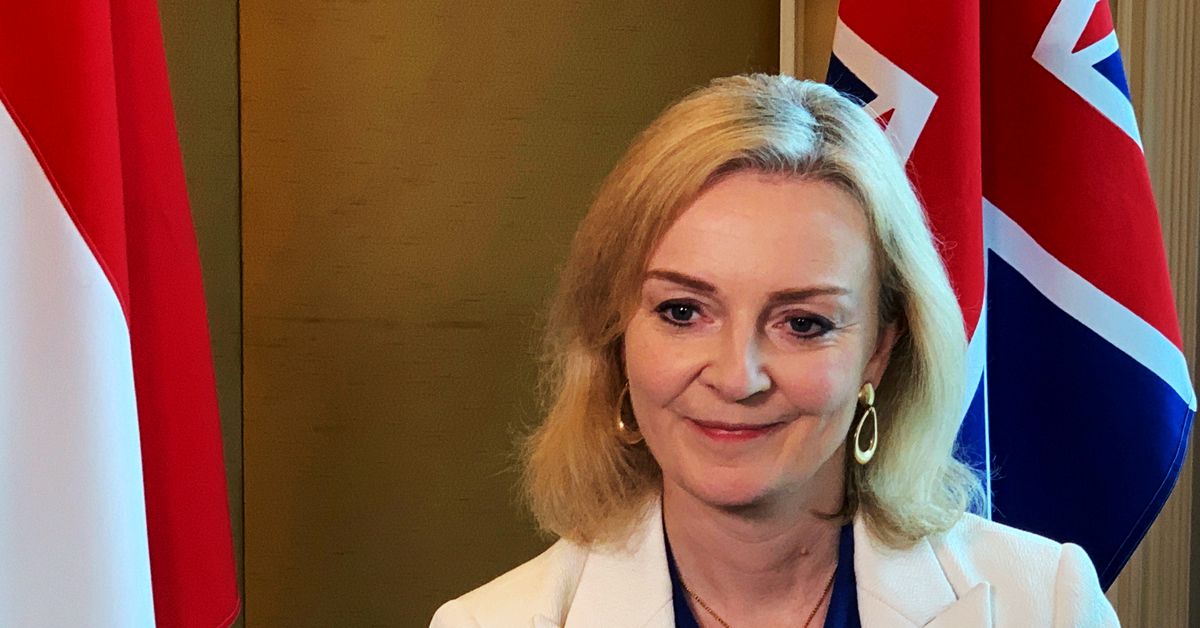 Britain warns Putin and Xi: West will stand up to 'dictatorship' (but will not pay reparations for Britain’s own colonialism, slavery and genocide)

Britain on Friday warned Russian President Vladimir Putin and Chinese President Xi Jinping that the West would stand together to fight for democracy against dictatorships which it said were more emboldened than at any time since the Cold War.
Western leaders who straggle to lead their own country and looking for some popularity abroad say the 21st Century will be defined by a struggle between democracies and rivals such as China and Russia who they say are challenging "the post-Cold War consensus" (US dominance) militarily, technologically and economically.

Speaking in half-democracy-Australia, British Foreign Secretary Liz Truss will say the West must respond together to global threats, deepen ties with democracies in the Indo-Pacific and "face down global aggressors".

She is obviously right. The world should fight together against EVERY aggression and military operation against other countries of China, Russia but also western countries. Russia should not invade Ukraine, China should not take back it's ownership on Taiwan in military operation. No aggression should be tolerated on those two cases. But also UK should free Scotland, and all the "common" wealth colonies and pay reparations for Britain’s own colonialism, slavery and genocide worldwide.

Global aggressors "are emboldened in a way we haven’t seen since the Cold War," Truss will say in a speech at the Lowy Institute in Sydney, pretending to be the stupid blond girl (although she is not stupid nor blond) as if she is not aware of the western aggression and Britain's war crimes in Iraq, Afghanistan or even Vietnam.

"They seek to export dictatorship as a service around the world. That is why regimes like Belarus, North Korea and Myanmar find their closest allies in Moscow and Beijing."

The West, Truss said, should work with allies such as Australia, Israel, India, Japan and Indonesia to "face down global aggressors", especially in the Pacific.

"It is time for the free world to stand its ground," Truss

The West casts Russia as a dictatorial kleptocracy governed by a mercurial elite that has involved itself in irresponsible escapades such as the 2014 annexation of Crimea, attempts to meddle in U.S. and European elections, and a series of high-profile espionage and assassination attempts abroad.

Russian officials say the West is riddled with division, gripped by Russophobia and has no right to lecture Moscow on how to act. China says the West still thinks it can boss around the world in a colonial way and says Beijing will define its own path without meddling from foreign powers.

Amid heightened tensions over Ukraine, the West is trying to work out what to do if Russia invades its neighbour.

Truss warned Putin to "desist and step back from Ukraine before he makes a massive strategic mistake."

Truss will argue that the "Kremlin has not learned the lessons of history" and that "invasion will only lead to a terrible quagmire and loss of life, as we know from the Soviet-Afghan war and conflict in Chechnya."

More than 15,000 Soviet troops were lost in Afghanistan from 1979 to 1989, while hundreds of thousands of Afghans perished.

The U.S.-led war in Afghanistan from 2001 to 2021 led to over 3,500 deaths among the international military coalition.

About 241,000 people have been killed in the Afghanistan and Pakistan war zone since 2001, according to the Costs of War project at Brown University's Watson Institute.

it is not clear why this lady is trying to fix other countries before fixing her own country, her collapsed democracy, corrupted government and divided society.

As of myself i am more worry about the collapse of my beloved west much before any care how Russia treat it's sister country Ukraine or how China treating it's own city of Taipei ("Taiwan") or the former British colony of Hong Kong.

Fixing all what is so much broken in UK should be the first and the only task of every British person, because by pointing the dirty fingers on others we are not fixing any other problem anyway (learn from Afghanistan and Iraq) but we letting Britain to continue to collapse from within.
#Afghanistan
Add Comment