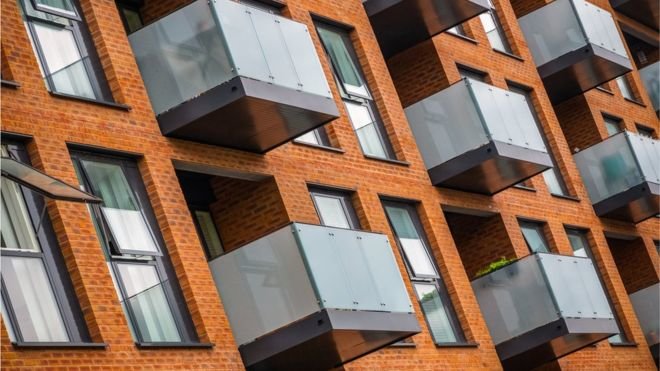 Scotland has replaced London as the area of Britain to find a property buyer the fastest, figures suggest.

In 2014, it took 36 days in London on average to secure a buyer, but this rose to 60 days by last year, according to property portal Rightmove.

In contrast, the average time to secure a buyer fell from 66 days to 41 days over the same period in Scotland.

The figures, compiled for the BBC, show that the market for flats has slowed amid debate over leasehold rules.

Various surveys have shown that the property market has slowed in London and the South East of England in recent years, with prices falling particularly in London.

House prices on average across the UK are still rising slightly, but there has been a significant drop in London.

The latest figures, based on Rightmove data, show that the time taken between initially marketing a home and an estate agent finding a buyer has been rising in the region, returning to the 60-day average in London last seen in 2011.

"Whilst it would be easy to link that with the Brexit vote, there are other factors at play, especially increasingly stretched buyer affordability," said Miles Shipside, Rightmove's housing market analyst.

One of those factors is the increasing amount of time taken by the sellers of flats to find a buyer in England and Wales.

Changes in taxation have led to a drop in the demand from buy-to-let investors, many of whom had built up a portfolio of apartments.

Another theory is that the Bank of Mum and Dad has helped some first-time buyers to move straight into houses, instead of flats, with the added attraction of some outside space and their own front door.

The debate over leaseholds, which are more common among flats, may also be significant. It may also explain the difference with Scotland, where so-called hidden costs are far less of an issue and where the time to find a buyer of any type of property has been falling.