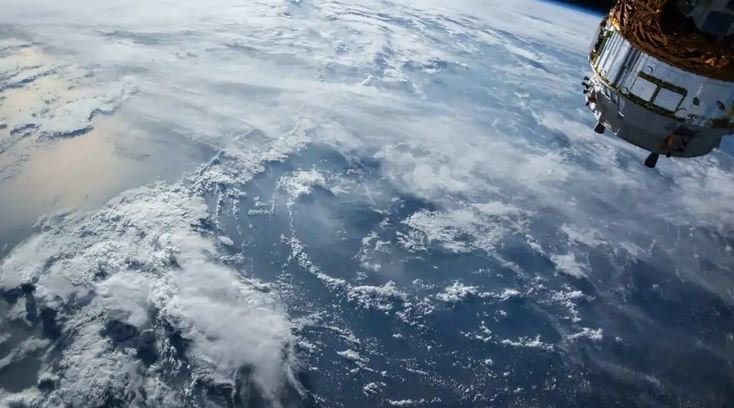 Satellite operator OneWeb emerged from bankruptcy on Friday after being rescued by the British government, signaling a more interventionist industrial strategy after Brexit.

The $1 billion takeover in partnership with India’s Bharti Global breaks with the U.K.’s traditional hostility to state involvement in private markets. The shift may help explain why Boris Johnson’s government is demanding more flexibility on state aid for companies in its talks with the European Union.

Here’s why Johnson is betting taxpayers’ money on an unproven business at the height of a pandemic, according to people involved in the process.

OneWeb was established in 2012 to build a constellation of small satellites beaming internet connections to isolated places from low-earth orbit. It raised $3.4 billion from Softbank Group Corp., Airbus SE and other big names before collapsing when lead investors pulled their money at the height of the coronavirus pandemic. However, demand for remote broadband services is expanding with the growth of inflight Wi-Fi, the industrial internet, cloud networks and autonomous vehicles. Elon Musk is busy deploying his own satellite internet system, Starlink, and Amazon.com Inc.’s Jeff Bezos has similar plans.

The company pivoted away from consumer broadband to serving businesses and governments. The bankruptcy has lost OneWeb precious time, but it still has a potential strategic advantage over those rival constellations because its satellites orbit over the polar regions that are important for military actors, shipping, aviation and other companies active in remote areas.

“It’s brave, and not without risk, but it’s a good deal and will help position the U.K. as a global leader in communications for the 21st century,” said Stuart Martin, chief executive officer of Satellite Applications Catapult, a technology company that advised ministers to pursue the bid.

The government pushed through the buyout in the face of concern among civil servants that the investment could sour. OneWeb may find it easier to turn a profit now that billions of dollars in initial spending have been written off in the bankruptcy. It already has 74 satellites in space and plans to resume launches next month and begin generating revenue next year. Bharti has 400 million customers and wants to use OneWeb to connect more remote users.

Some advisers want to slap a British flag on the rocket that will blast the next batch of OneWeb satellites into orbit. There’s no immediate prospect of a manufacturing boost for the U.K. -- the initial planned constellation of 645 satellites is being made by a Florida-based joint venture co-owned by France and Germany-backed Airbus. However, London-based OneWeb does want to bring some manufacturing to Britain eventually, and an Airbus spokesman said the aerospace giant is speaking to officials about opportunities in the U.K. Former science minister David Willetts, who sits on the board of an Airbus subsidiary, lobbied in favor of the government buyout.

The deal underlines Britain’s space ambitions. Several proposals have been competing for government funds, ranging from a plan to launch rockets from Scotland to carving out a niche in space traffic management. OneWeb holds global priority rights to sought-after transmission frequencies and the rescue keeps the spectrum out of the hands of strategic rivals such as China. That could give Britain leverage with Washington and other allies. There’s also the potential boost to its military surveillance capability.

The OneWeb platform could be modified to give Britain a global positioning capability to replace its central role in the European Union’s Galileo system. Brexit has excluded the U.K. from Galileo’s most sensitive applications and the government has spent 18 months looking at how to build a clone of it from scratch. Since buying OneWeb, officials have reset that study work to explore a pooling of navigation services and technology. OneWeb might be used to augment the U.S. Global Positioning System, which is vulnerable to jamming and spoofing. While current OneWeb satellites can’t form a satellite navigation system by themselves, later ones could be customized to do so.

A buyout that would usually take months to approve was decided in a matter of weeks, reflecting the willingness of Johnson and his advisers to tackle what they see as needless bureaucracy and make the state work faster.

Yet obstacles remain. In addition to the $1 billion committed by Britain and Bharti, OneWeb needs another $1 billion to fill out its initial constellation.

Several satellite companies conducted due diligence on OneWeb when it filed for bankruptcy, and Intelsat SA previously tried to merge with OneWeb in 2017. Rival executives say they are waiting for clearer signals of the reborn company’s plans before taking any serious interest.

On a call with staff Friday, Sunil Mittal, the billionaire founder of Bharti, said further funding offers worth hundreds of millions of dollars in equity and debt were being considered.

The OneWeb board is being confirmed, but will have three members from each co-owner. Bharti’s side is set to be represented by Mittal, his son Shravin Mittal, and Bharti vice chairman Akhil Gupta. On the U.K. side former deals banker Tom Cooper is expected to represent the U.K.’s investment body, U.K. Government Investments, alongside other directors still under consideration. A spokesman for OneWeb confirmed the provisional board members and that the board will also feature up to three independent directors.