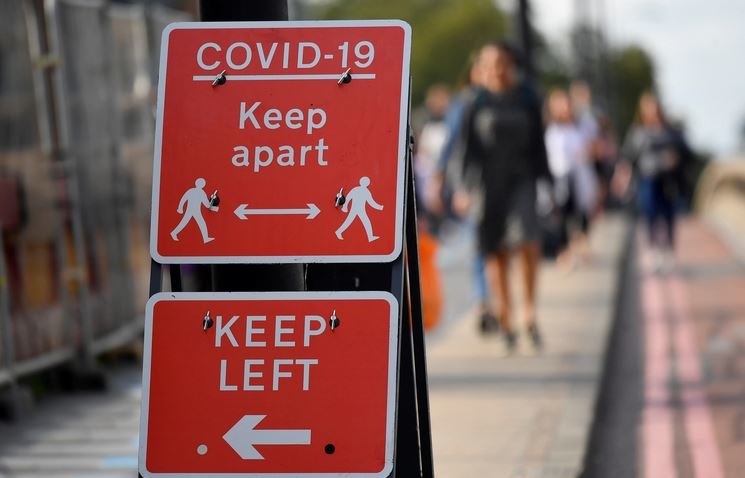 For weeks, Britain’s Boris Johnson has resisted mounting calls to impose a national lockdown as coronavirus cases have risen inexorably, saying that closing the country for a second time this year would be a “disaster.” But the British leader Saturday joined his counterparts in France, Germany and Belgium in ordering a nationwide shutdown.

New national lockdown restrictions will take effect across England on Thursday and last for a month. Wales announced a lockdown last week, and Scottish leaders say the next few days will be critical for Scotland to avoid a lockdown north of the border with England, too.

Schools and universities as well as courts are to stay open, though. The construction industry will also be allowed to operate. But there will be no household mixing, and nonessential stores, pubs and restaurants are to shutter. Employers will be asked to encourage their employees to work from home where possible.

Speaking to the country in a televised news conference from Downing Street, Johnson said: “We have got to be humble in the face of nature.” He added: “No one wants to be imposing these types of measures.”

Opposition politicians welcomed the containment measure, but some lawmakers from Johnson’s ruling Conservatives were critical, fearing the economic damage. Britain’s economy is 10 percent smaller than before the pandemic struck, almost double the hit on the recession caused by the 2008-09 global financial crash.

Cabinet ministers had been chorusing all week that another lockdown wasn’t likely, saying a regional tiered strategy they have been following for weeks would work. “We are confident we've got the right measures in place — which is not to have a blanket approach,” said Britain’s Foreign Secretary Dominic Raab. 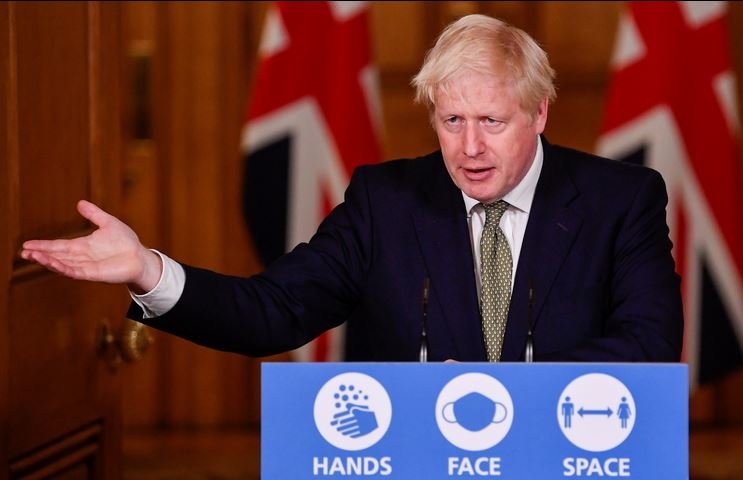 Britain's Prime Minister Boris Johnson gestures as he speaks during a virtual news conference on the ongoing situation with the coronavirus disease (COVID-19), at Downing Street, London, Oct. 12, 2020.

Johnson had previously warned that a second national lockdown would be like checking into “Hotel California” with no end in sight once it had been entered, a riff on a 1977 rock song by the Eagles. But “alarming data,” according to government insiders, shifted his opinion. Jonathan Van-Tam, deputy chief medical officer for England, warned Downing Street on Thursday that the coronavirus was running out of control and that hospitals were at risk of being overwhelmed.

The government’s main scientific advisory group, the Scientific Advisory Group for Emergencies, known as Sage, had also been cautioning ministers that the pandemic was on course to breach the “reasonable worst-case scenario” it had previously outlined. Projection modeling had suggested that under a tiered regional lockdown approach, daily infections in England would run at between 12,000 and 13,000, but the actual numbers are now running more than four times as much, with confirmed daily cases coming in at between 43,000 to 74,000. 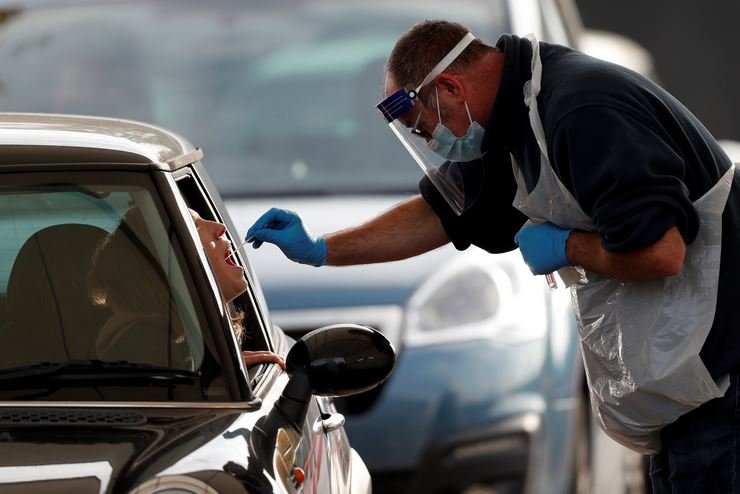 A passenger in a car receives a novel coronavirus test at a drive-in COVID-19 testing facility set up at the Chessington World of Adventures Resort, in Chessington, southwest of London, Oct. 20, 2020.

Daily COVID-19-related deaths are now approaching 200 in England, twice the level projected under the previous worst-case scenario. On Friday, top infectious-disease expert and government adviser Jeremy Farrar tweeted that to bring the coronavirus under control, “we have to act now.”

He added: “The best time to act was a month ago but these are very tough decisions, which we would all like to avoid. The second-best time is now.”

Opposition politicians and many government advisers had been clamoring for several weeks for a two-week so-called “circuit breaker” lockdown. But ministers had opted for a lighter approach that has seen them impose tougher restrictions on regions as flare-ups occur. But earlier this month, Patrick Vallance, the government’s leading scientific officer, had warned publicly he doubted the regional strategy would work to curb rising case numbers.

London University’s Imperial College warned at midweek that case numbers have been picking up speed in the south of England to match big jumps in northern England. One of their models projected that about 96,000 people would become infected in England daily without a national lockdown. 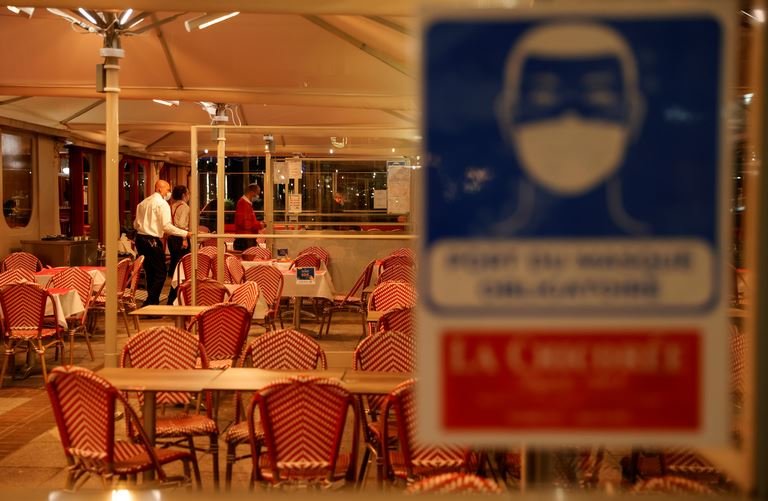 Waiters are seen inside "La Chicoree" restaurant a few minutes before the start of the late-night curfew introduced as part of coronavirus restrictions, in Lille, France, Oct. 16, 2020.

French President Emmanuel Macron said midweek he had to “brutally apply the brakes” and announced the banning of social gatherings, the closure of restaurants and bars, and a prohibition on non-essential travel, with citizens only allowed to leave home for essential work or medical care. “The virus is circulating at a speed that not even the most pessimistic forecasts had anticipated,” he said.

German Chancellor Angela Merkel announced Wednesday a lockdown would take effect November 2 and last until November 30, with restaurants and bars only allowed to provide carry out service. Beginning Monday, all theaters, gyms, swimming pools, and movie theaters will be closed. Merkel said Germany's health system “can still cope” with current cases, but “at this speed of infections it will reach the limits of its capacity within weeks.”

Italy has so far held out from imposing a formal national lockdown, but pandemic rules have been toughened, promoting violent protests in Milan, Turin, Naples and Rome.

On Thursday, European Union leaders pledged to cooperate on the latest lockdowns, hoping to avoid the border closures seen earlier this year when the pandemic first struck the continent. During a three-hour videoconference, the bloc’s 27 heads of state and government also discussed developing plans for the swift manufacture and distribution of vaccines.

“I want to stress that I understand how tired and worried everyone is,” European Commission President Ursula von der Leyen said at a news conference after the video-conference concluded. “We are all wondering when we will come out of this crisis. But now is the time for patience, for determination and for discipline from all of us, from governments right down to each of us individually,” she added.

The EU has earmarked $257 million to help fund the transfer of COVID-19 patients across borders to help prevent hospital systems in the bloc from being overwhelmed. The World Health Organization estimates that more than 10 million Europeans are now infected with the virus.