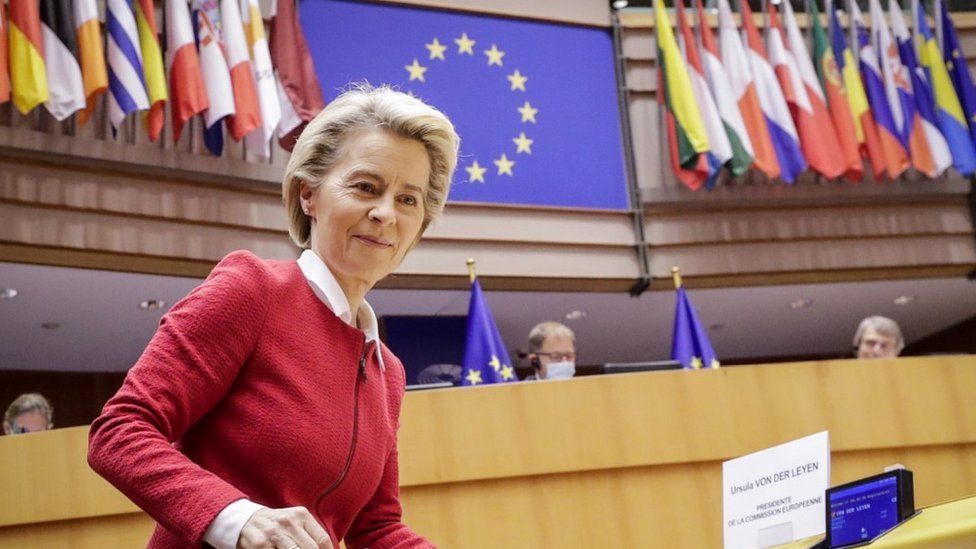 The European Parliament is expected to ratify the post-Brexit EU-UK trade deal - a key move to ensure that tariff-and quota-free trade continues.

The Trade and Co-operation Agreement (TCA) has been operating provisionally since January. MEPs voted on Tuesday and a result is due on Wednesday.

Brexit tensions remain, including a French threat of "reprisals" against the UK over new fishing restrictions.

Under a separate protocol, Northern Ireland remains de facto part of the EU's single market, so goods arriving there from Britain have to undergo EU checks. Since Brexit there has been some disruption to that trade.

The TCA covers EU-UK trade in goods, but not services. The UK economy is dominated by services - sectors such as banking, insurance, advertising and legal advice.

The TCA has still resulted in more paperwork, extra costs and less trade between the two sides, since the UK left the EU.

Among the areas not covered by the deal are foreign policy, financial services and student exchanges.

Before the MEPs' debate started, French Europe Minister Clément Beaune accused the UK of blocking fishing rights. He said the EU could respond with "reprisals" in financial services.

"The United Kingdom is expecting quite a few authorisations from us for financial services. We won't give any for as long as we don't have guarantees on fishing and other issues," he said on French news channel BFMTV.

French fishermen have complained of being prevented from operating in British waters because of difficulties in obtaining licences.

Meanwhile, British seafood exporters have been hit by an EU ban on UK exports of live shellfish. Scottish firms account for most of that business, and some now face collapse.

The UK made fishing rights a key issue in the negotiations, with control over access to its waters seen as a sign of British sovereignty. 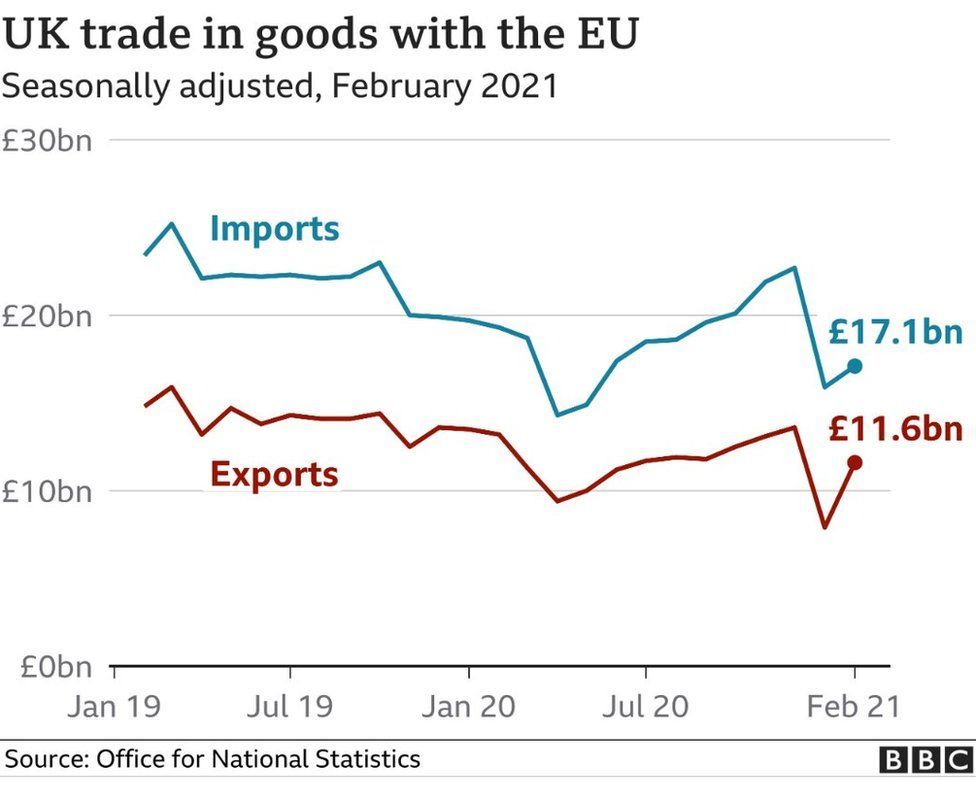 Praising the TCA when it was agreed in December, UK Prime Minister Boris Johnson said "we have taken back control of our laws and our destiny".

He described it as "a deal which will if anything allow our companies and our exporters to do even more business with our European friends".

In the European Parliament, the EU's chief Brexit negotiator, Michel Barnier, said Brexit was a divorce and a warning of the feelings of the people: "It's a failure of the European Union and we have to learn lessons from it."

German MEP David McAllister said Brexit "will always be a lose-lose situation", but he called on fellow MEPs to ratify the TCA.

Two key committees of the European Parliament have already overwhelmingly backed the TCA. But a draft resolution will invite MEPs to declare the UK's exit from the EU an "historic mistake".

EU Commission President Ursula von der Leyen said the TCA "comes with real teeth, with a binding dispute settlement mechanism". And she warned that the EU would use those teeth if necessary.

After nearly four years of difficult negotiations on the UK exit from the EU and the post-Brexit relationship, it's hardly surprising that a few bruises are showing.

The TCA certainly hasn't solved everything. There are still big questions to resolve on issues like financial services, for example.

Monitoring and implementing what has been agreed, in a complex network of committees, will also be a constant feature of the new relationship.

But it will take some time before the long-term effect on trade becomes clear.

Trade volumes fell sharply in January before rebounding in February. But the UK Trade Policy Observatory at the University of Sussex says UK exports to the EU were still down by 17.2% in February compared to an average of February 2018 to 2020.

A significant part is down to Brexit, although Covid is also a factor.

The most prominent post-Brexit issue so far this year, though, isn't part of the TCA itself. Northern Ireland's trading relationship with the rest of the UK, and with the EU, won't change as a result of this agreement being ratified.

Both sides say they are working hard to find practical solutions in Northern Ireland, but some checks on trade between NI and Britain will remain in place.

The TCA is a 1,400-page deal which was not clinched until 24 December. The Brexit negotiations began in 2017 and the UK left the EU on 31 January 2020. Common rules remained during the UK's transition period until January 2021.

What else is affected by Brexit?

*  Blanket free movement of citizens between the UK and EU no longer applies. Business travellers do not need a visa for short trips, but artists and performers are not covered - so, for example, British rock bands face bureaucracy for gigs in the EU

*  Government subsidies are now under intense scrutiny on both sides, as the EU insists on a "level playing field" in trade. Courts will have to decide in cases where subsidies are allegedly unfair. UK financial services, not covered by the TCA, face new EU bureaucracy - so many City banks have beefed up their EU-based operations.