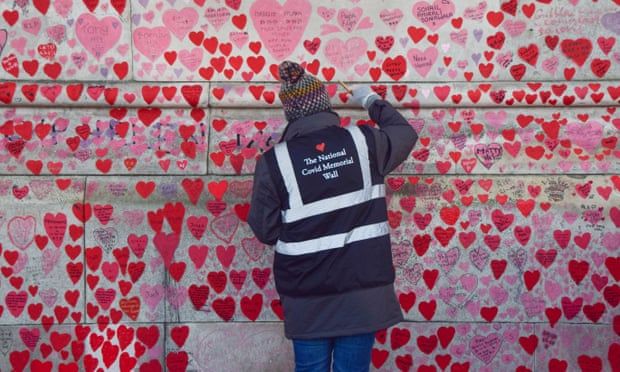 On Saturday, Britain became the seventh nation to reach the milestone after the US, Brazil, India, Russia, Mexico and Peru

More than 150,000 people have died in the UK from coronavirus since the start of the pandemic, according to government figures.

Britain on Saturday became the seventh country to pass the milestone after the US, Brazil, India, Russia, Mexico and Peru.

It comes after an additional 313 deaths were recorded, bringing the pandemic total to 150,057 people who have died within 28 days of testing positive for Covid.

However, separate figures published by the Office for National Statistics show there have been 174,000 deaths registered in the UK where coronavirus was mentioned on the death certificate.

It comes as an additional 146,390 Covid cases were reported on Saturday, bringing the overall total since the start of the pandemic to 14,333,794.

In the past seven days alone, 1,227,288 people have tested positive, according to official figures, marking more than a 10% rise on the week before. 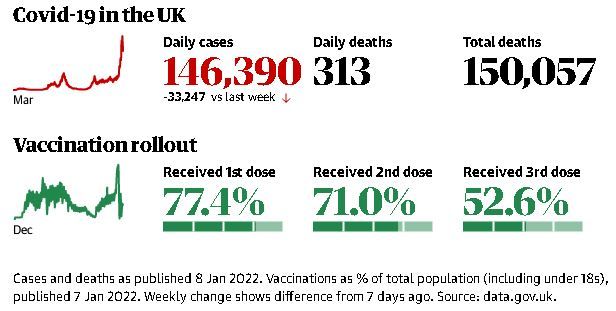 While the latest wave of the virus, driven by the Omicron variant, has not led to deaths rising as quickly as during previous waves, hospitals are under increasing pressure as admissions and Covid-related staff absences rise.

Earlier this week, Boris Johnson insisted England can “ride out” its biggest ever Covid wave “without shutting down our country once again”. But the prime minister admitted that parts of the NHS would feel “temporarily overwhelmed”.

While England is currently under plan b restrictions, which include mandatory face masks in most public indoor spaces and advice to work from home where possible, Scotland, Wales and Northern Ireland have introduced tougher measures, including for socialising and events.

Across the UK, 18,454 people were in hospital with coronavirus on Thursday, according to government figures, a 40% week-on-week rise and the highest number since 18 February.