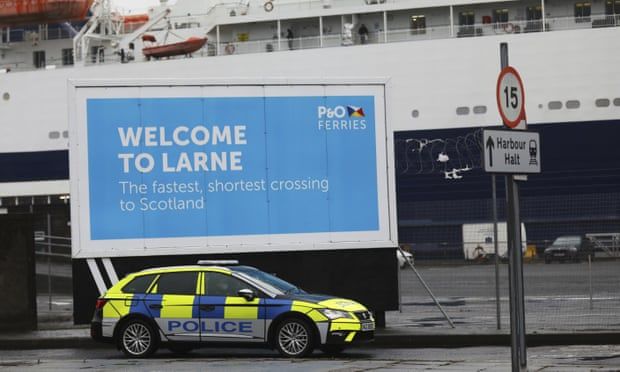 The proposed link, described as the “world’s most stupid tunnel” by Boris Johnson’s former chief adviser Dominic Cummings, had a price tag of about £15bn and the backing of the prime minister.

But an unnamed government official with knowledge of Treasury spending negotiations has told the Financial Times the plans are “dead, at least for now”.

The decision comes as the chancellor, Rishi Sunak, conducts a spending review before presenting an autumn budget on 27 October.

Johnson was reportedly keen to link Northern Ireland to Great Britain as part of a broader vision to connect the constituent parts of the UK. But others have questioned whether the prime minister was genuine or seeking a distraction, noting that talk of bridging the Irish Sea follows similarly grandiose and ultimately undeliverable schemes he dreamed up while mayor of London.

Johnson first suggested connecting Stranraer in Scotland to Larne in Northern Ireland by bridge three years ago, an idea that was widely derided by engineers. Concerns were raised about the practicality of constructing a bridge across the stormy stretch of water, which is more than 1,000ft deep in places, and experts said it would require dozens of support towers at heights “never achieved anywhere in the world”.

The tunnel proposal was being considered by a transport connectivity review led by the Network Rail chair, Sir Peter Hendy; two engineering professors were commissioned to lead a feasibility study into a bridge or tunnel.

The High-Speed Rail Group (HSRG), composed of rail industry leaders, proposed tunnelling under the Irish Sea between Stranraer and Larne in its submission to the Hendy review. According to the HSRG, the tunnel would bind Northern Ireland closer to Great Britain and would “address problems in economic status of Northern Ireland post-Brexit”.

A new rail connection between Carlisle and Stranraer would be needed and the width of railway track in Ireland may need to be altered, the proposal said.

The FT said the New Enterprise Allowance was also for the chop as part of the spending crackdown. The programme offered grants to would-be entrepreneurs aged 18 and over and currently in receipt of jobseeker’s allowance for a new startup business.
#Boris Johnson  #Johnson
Add Comment