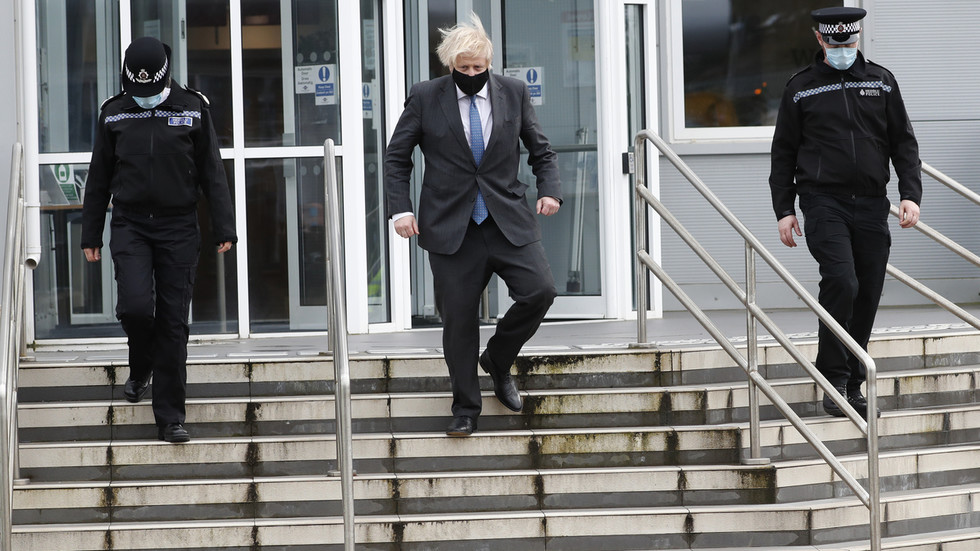 The Prime Minister is being required to complete a police questionnaire as part of an investigation into alleged breaches of lockdown rules
Boris Johnson has become the first UK Prime Minister to be questioned under police caution, according to a leaked version of Scotland Yard’s Partygate questionnaire reported by ITV on Tuesday.

As part of the Metropolitan Police’s investigation into allegations of lockdown-breaching parties in Downing Street, Johnson and all those suspected of attending have been required to complete a questionnaire. Scotland Yard’s list of questions asks them to provide a “reasonable excuse” for their presence at the gatherings.

At the beginning of the questionnaire, the document informs recipients that they are providing a “written statement under caution” before stating that “do not have to say anything but it may harm your defence if you do not mention when questioned something which you later rely on in court.”

The police’s investigation covers twelve events, six of which Johnson is believed to have attended, that were held in violation of the lockdown rules imposed by the UK government in response to the Covid pandemic.

Among the questions that are reportedly included in the document, recipients are asked if they attended an event and, if so, they were a “lawful exception” while doing so, and are requested to confirm the purpose of their participation and whether they’d interacted with anyone else present.

Responding to the reports, the deputy leader of the opposition Labour Party, Angela Rayner, declared that it is “a national embarrassment that Boris Johnson is now the first prime minister in British history to be questioned under police caution.”

Downing Street did not state whether Johnson had been questioned under caution, only saying that “we have confirmed the prime minister has been contacted by the Metropolitan Police.”

The reports about the questionnaire comes as Downing Street denied that taxpayers’ money was spent on the food and drink consumed at the events under police investigation.

In response to a written question from Liberal Democrat MP Sarah Olney, Cabinet Office minister Michael Ellis stated “no” when asked if “there was a cost to the public purse from expenditure gatherings being investigated.”
#Boris Johnson  #Johnson  #Covid
Add Comment