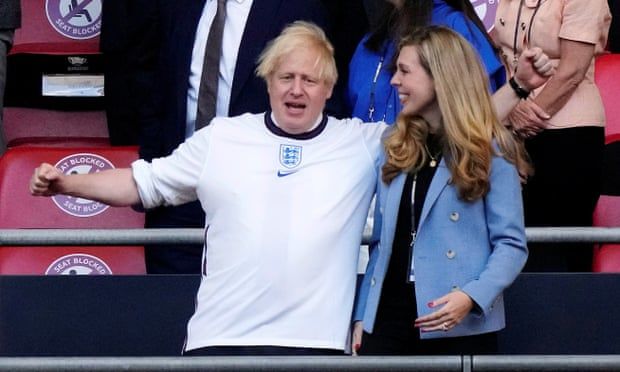 Boris Johnson is poised to call an extra bank holiday if England win Sunday’s football final at Wembley, as the government is being urged to publish safety data about previous Euro 2020 matches.

Asked whether he could declare Monday a bank holiday in the event of an England win, the prime minister said: “I think that would be tempting fate; let’s see what happens.”

His official spokesperson later added: “I don’t want to pre-empt the outcome of Sunday’s match. Clearly we want England to go all the way and win the final, and then we will set out our plans in due course.”

Downing Street sources suggested the timing of the match meant it would be much too late to give fans an emergency day off next Monday – but other options were being considered.

Asked whether bosses should allow their staff the day off to celebrate after watching the crucial tie, Johnson’s spokesperson said: “We would want businesses who feel able to consider it if they can, but we recognise it will vary depending on the business and company.”

The prime minister, not previously known as a football fan, attended Wednesday’s semi-final with his wife, wearing an England shirt apparently over his office attire, and with a suit jacket on top.

The government has extended pub licensing hours to 11.15pm on Sunday to allow the public to watch the match, and celebrate or drown their sorrows afterwards.

Meanwhile, questions have continued to be raised about the safety of allowing so many fans to watch the match in person during a pandemic. The England-Italy tie will be held in front of a 60,000-strong crowd – the same as Wednesday’s semi-final.

Seven earlier matches in the tournament were held as part of the government’s events research programme, set up to test the safety of mass gatherings.

The shadow sports minister, Alison McGovern, said data about the safety of these matches should be produced before Sunday. “If they have the data they should publish it, and if they don’t have it, they should say why,” she said.

Public Health Scotland has already published data about the Scottish fans who attended the England-Scotland match on 18 June, held with a much smaller crowd of 22,500.

In total 1,991 people who later tested positive had attended one or more Euro 2020 events during their infection period, a time when they “may have unknowingly transmitted their infection to others”.

Only 397 of those were actually at Wembley for the match – but that represented 15% of the 2,600 Scotland fans who were allocated tickets.

No data about how many English fans subsequently tested positive – or about later matches – is expected to be published until the end of the second phase of the programme, which is due to continue until late July.

McGovern questioned whether the pilot scheme was really providing the information that events organisers and members of the public needed. “The events research programme has been much more ad hoc than we would have liked,” she said. “It is unclear how the events have been chosen, and the process by which data has been made public is concerning.”

Results from the first phase of the research programme, which included an FA Cup semi-final, were eventually published last month after pressure from the scientists overseeing it and in the face of threatened legal action from artists including Andrew Lloyd Webber. 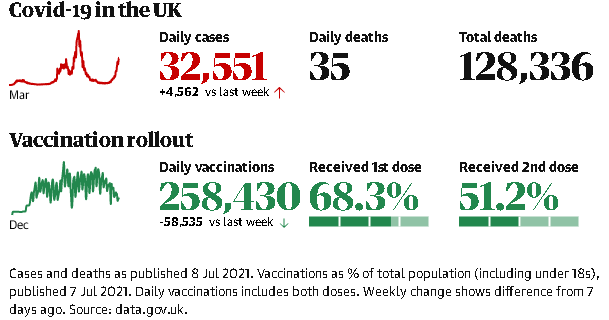 The findings were broadly positive – but the first phase took place at a time when daily Covid infections were much lower, and the report warned that “events with high crowd density and proximity could potentially pose a greater transmission risk”.

The ban on mass events is expected to be lifted completely on 19 July in England, as ministers believe vaccinations will by then have successfully severed the link between infection with the virus, hospitalisation and death.

But some scientists have warned that pressing ahead with Euro 2020 matches is risky. After the publication of the Scottish data, Prof Stephen Reicher of the University of St Andrews, a member of the Sage subcommittee advising the government on behavioural science, asked: “Will this year’s Euros be last year’s ‘eat out to help out’ on steroids?”