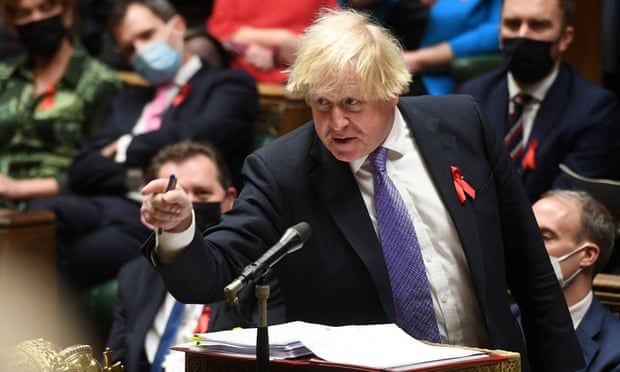 Boris Johnson could be ordered to give evidence under oath when MPs begin a new investigation into claims he lied about Partygate.

The privileges committee is expected to start its inquiry within the next month and will aim to deliver a verdict by the autumn on whether Johnson misled parliament. Sessions are likely to be held in public, in an attempt to limit potential criticism about the group’s work and avoid any accusations of a “cover up”.

A call for evidence may also be set up before the summer recess, for people – including potential whistleblowers working in No 10 – to submit any testimony or evidence.

The committee will not seek to reinvestigate the extent of Covid law-breaking in Downing Street, which was the subject of inquiries by Scotland Yard and Whitehall, but will instead focus on whether Johnson misled MPs.

Challenged in the Commons about initial reports of parties in No 10 last December, the prime minister repeatedly denied strict lockdown rules were breached. “All guidance was followed completely in No 10,” he told the Commons on 1 December. A week later Johnson said: “I have been repeatedly assured since these allegations emerged that there was no party and that no Covid rules were broken.”

As part of the inquiry, sources said Johnson would probably be called to give evidence under oath given the seriousness of the allegation against him. The ministerial code says that those “who knowingly mislead parliament will be expected to offer their resignation to the prime minister”.

The step of requiring a witness to give evidence under oath to a parliamentary committee is not unprecedented but rarely used. The Parliamentary Witnesses Oaths Act stipulates that the oath is administered by the committee’s chair or clerk, and any false evidence carries the penalty of perjury.

After criticism over the handling of the Met and Sue Gray inquiries, a source said of the privileges committee investigation: “The adults are in charge now.”

Whitehall insiders believe that some evidence Gray decided not to publish, such as further photographs from the dozen parties investigated, could be released by the privileges committee. Senior Tory MPs have sought to discredit the potential findings of the privileges committee, claiming that the Labour MP Harriet Harman, who is expected to be installed as chair during the inquiry, has made biased comments against Johnson.

This week, Michael Ellis, the paymaster general, said it was “an age-old principle of natural justice that no person should be a judge in their own court” and that “where an individual has given a view on the guilt or innocence of any person, they ought not to then sit in judgment on that person”.

He added: “I have no doubt that the right honourable lady will consider that.”

Labour has called the pushback an effort by the government to “dodge scrutiny and get Johnson off the hook”.

After the embarrassing resignation of his ethics adviser, Christopher Geidt, for threatening to break the ministerial code, the prime minister was urged not to leave the role permanently vacant. Abolishing the position would be “quite a big mistake”, said John Penrose, a Tory MP who recently quit as the government’s anti-corruption tsar.

Penrose said Johnson was “currently overdrawn, if I can put it that way, on his account with both the voters and with the parliamentary party” and that No 10 needed to show it was “serious” about addressing their concerns.

Downing Street defended its review of the ethics adviser role, saying the prime minister would take advice from those within No 10 as well as “others with expertise in this area”.

“It may be that the prime minister decides to make a like-for-like replacement, or it might be that we set up a different body that undertakes the same functions,” a No 10 spokesperson said.

They refused to commit to the review being completed within a year, saying: “I wouldn’t get into timelines.”