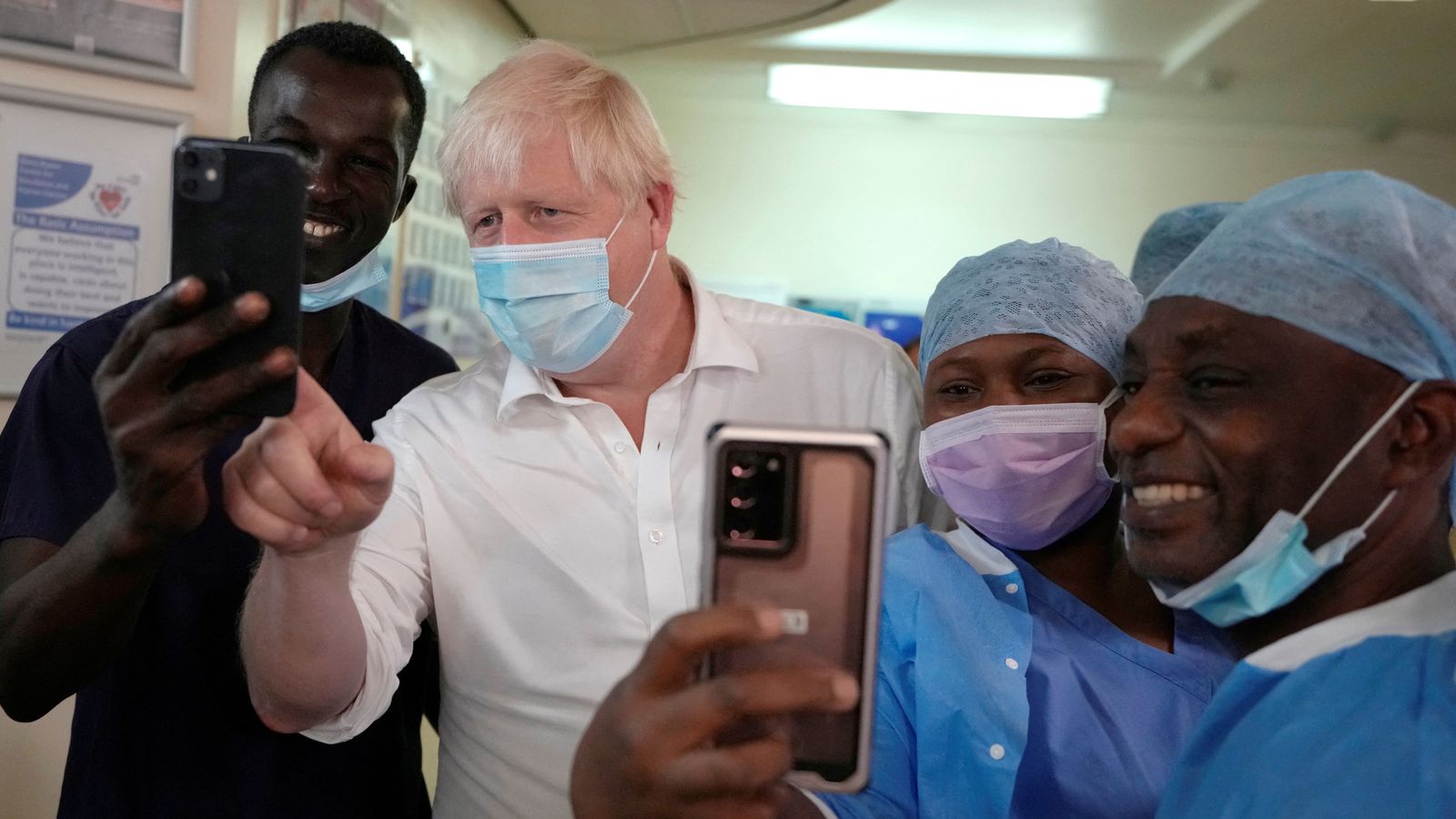 On Friday morning, energy regulator Ofgem announced the price cap for an average household will rise to £3,549 a year in October, £800 more than the forecast figure that was provided to then-chancellor Rishi Sunak in May.

Boris Johnson has pledged the government will announce "extra cash" in September to support households further with energy bills - after Chancellor Nadhim Zahawi suggested people should cut back on their usage.

The outgoing PM said: "There's a pipeline of cash coming through over the next few months and through the autumn and the winter.

"But that is clearly now going to be augmented, increased, by extra cash that the government is plainly going to be announcing in September."

Mr Johnson added that he does not think ministers should "cap the whole thing" for "the richest households in the country".

On Friday morning, energy regulator Ofgem announced the price cap for an average household will rise to £3,549 a year in October, £800 more than the forecast figure that was provided to then-chancellor Rishi Sunak in May.

Speaking earlier this morning, Mr Zahawi admitted that the soaring energy price cap will cause "stress and anxiety for many people", later adding: "The reality is that we should all look at our energy consumption."

He added that he is "working flat out" to develop options to support people - but insisted it would be for the next prime minister to decide what support to deliver.

Either Liz Truss or Rishi Sunak will take up the role on 5 September.

Mr Zahawi blamed the price hike on Vladimir Putin's invasion of Ukraine, but later admitted the support pledged by the government is "not enough" and that ministers have "got to do more".

'Government hasn't got a plan'

Sir Keir Starmer accused the government of being "missing in action" and said it is "unforgivable" that no further intervention has been made by ministers to help households amid the cost of living crisis.

Labour has set out a £29bn plan to stop energy bills rising over winter, funded in part by an extension of the windfall tax on the bumper profits of oil and gas companies.

"What we’ve got is a fully costed, comprehensive plan for this winter, which will freeze those prices, that is welcome news for so many people worried sick today," the Labour leader said.

"That is a fully costed plan. We haven’t got that from the government or anybody else."

Labour's shadow chancellor Rachel Reeves told Sky News that the price cap announcement "will strike fear" into families and pensioners and urged the government to back her party's proposal to freeze energy bills for the winter.

"We cannot wait any longer to act. This is a national emergency," she said.

Liberal Democrat leader Sir Ed Davey said the rise in the price cap is "nothing short of a catastrophe" for millions of households and that freezing prices is "the only option".

What have the Tory leadership candidates said?

During the latest Conservative Party leadership hustings on Thursday, Ms Truss said she will use an emergency budget to "ensure support is on its way" amid soaring energy bills if she becomes prime minister.

Ms Truss has repeatedly said she favours tax cuts over handouts, leading to criticism her plans will benefit higher earners over people on low incomes.

Fellow leadership hopeful Mr Sunak has said he will offer direct support to households struggling to pay their bills, though he is yet to put a figure on how much help he is willing to give.

Speaking on Friday, Mr Sunak said he would "go further" in terms of support if he becomes PM.

"My priority is to protect the most vulnerable in society, including pensioners, and I want them to have certainty that extra help is coming - that is what I would put in place," he said.

"Alternative plans, which are doing different things - borrowing tens of billions for permanent, unfunded tax cuts - don't actually do anything to help those most in need, risk making inflation worse and putting our nation's finances at risk as well."

The cap will come into effect for around 24 million households in England, Scotland, and Wales on default energy tariffs on 1 October, and will remain in place until 31 December, when it will be adjusted again.

The 4.5 million pre-payment meter customers, who are often the most vulnerable and already in fuel poverty, will have an even more punishing increase, with their average annual bill set to go up to £3,608.