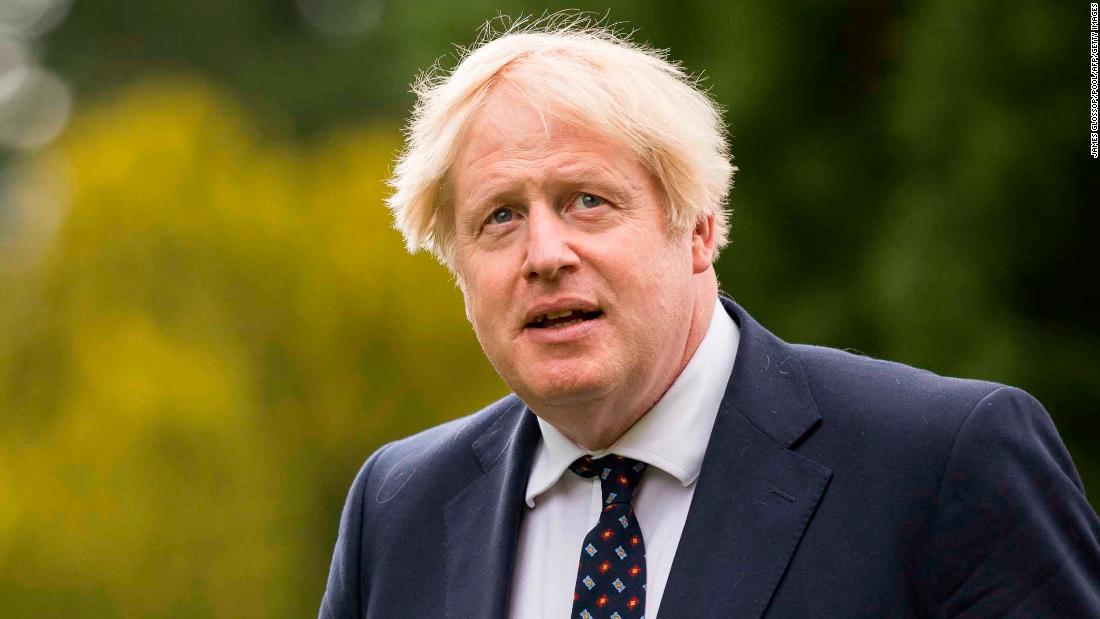 British Prime Minister Boris Johnson continued a tour of Scotland after a member of his team tested positive for Covid-19, deciding not to self-isolate even as others on the trip did.

Downing Street sources confirmed that a member of staff received a positive test result and is following the "appropriate guidance", but insisted that the trip -- which ended Thursday -- was in full compliance with Covid guidance. The Prime Minister "has not come into close contact with anyone who has tested positive," Downing Street said.

However, a source familiar with the trip told CNN the person in question was with the Prime Minister most of Wednesday in Glasgow, before boarding a plane to continue the tour in Aberdeen. The source added that the person was tested on arrival in Aberdeen. The staff member who tested positive, and some other members of the entourage, then went into isolation.

A Downing Street spokesperson told CNN that the Prime Minister "regularly visits communities across the UK and all aspects of visits are carried out in line with Covid guidance."

According to the Scottish government, which sets its own rules on healthcare separately from England, Wales and Northern Ireland, close contacts of anyone who has tested positive for Covid-19 will be asked to self-isolate "for 10 days from symptom onset in the symptomatic person."

A close contact is defined as "someone who has been physically close enough to the confirmed case for a long enough period of time, that they may have had the virus transmitted to them."

The Covid guidance that applies in England, which is set by Johnson's government, says that a "person may also be a close contact if they have traveled in the same vehicle or plane as a person who has tested positive for COVID-19."

However, the guidance also advises that on a plane, the "risk of transmission is small at 2 metres," which is easier to comply with on a large plane than in a car, meaning it is possible that even on the plane Johnson didn't come within two meters of the person who tested positive.

It is not clear what criteria was applied to the officials who were asked to self-isolate. When asked why Johnson was not self-isolating, a Downing Street source said that the Prime Minister was "tested in advance of traveling to Scotland and had a further PCR test," before visiting an offshore wind farm on the final day of his trip.

It is possible that Johnson didn't come into close contact with the staffer who tested positive, as strictly defined by the guidance. But in the past, the government has been criticized for not adhering to the broad thrust of the rules it sets.

Johnson's visit was part of his long-term goal of showing his personal support for Scotland remaining in the United Kingdom and combating the undercurrent of support for Scottish independence.

While Scots voted 55% in favor of remaining in the United Kingdom in 2014, Brexit and the pandemic have boosted support for a new referendum.

In the 2016 Brexit referendum, 62% of voters in Scotland were in favor of remaining in the European Union. In the following years, Scottish nationalists have built an argument that Scotland was dragged out of the EU against its will because of voters in England. Johnson led the campaign for the UK to leave the EU in 2016.

Despite Johnson's professed affection for Scotland and his self-appointed role as Minister for the Union, he is a divisive figure in Scotland. Unionists have wondered whether he is the best person to make the case for Scotland staying in the United Kingdom.