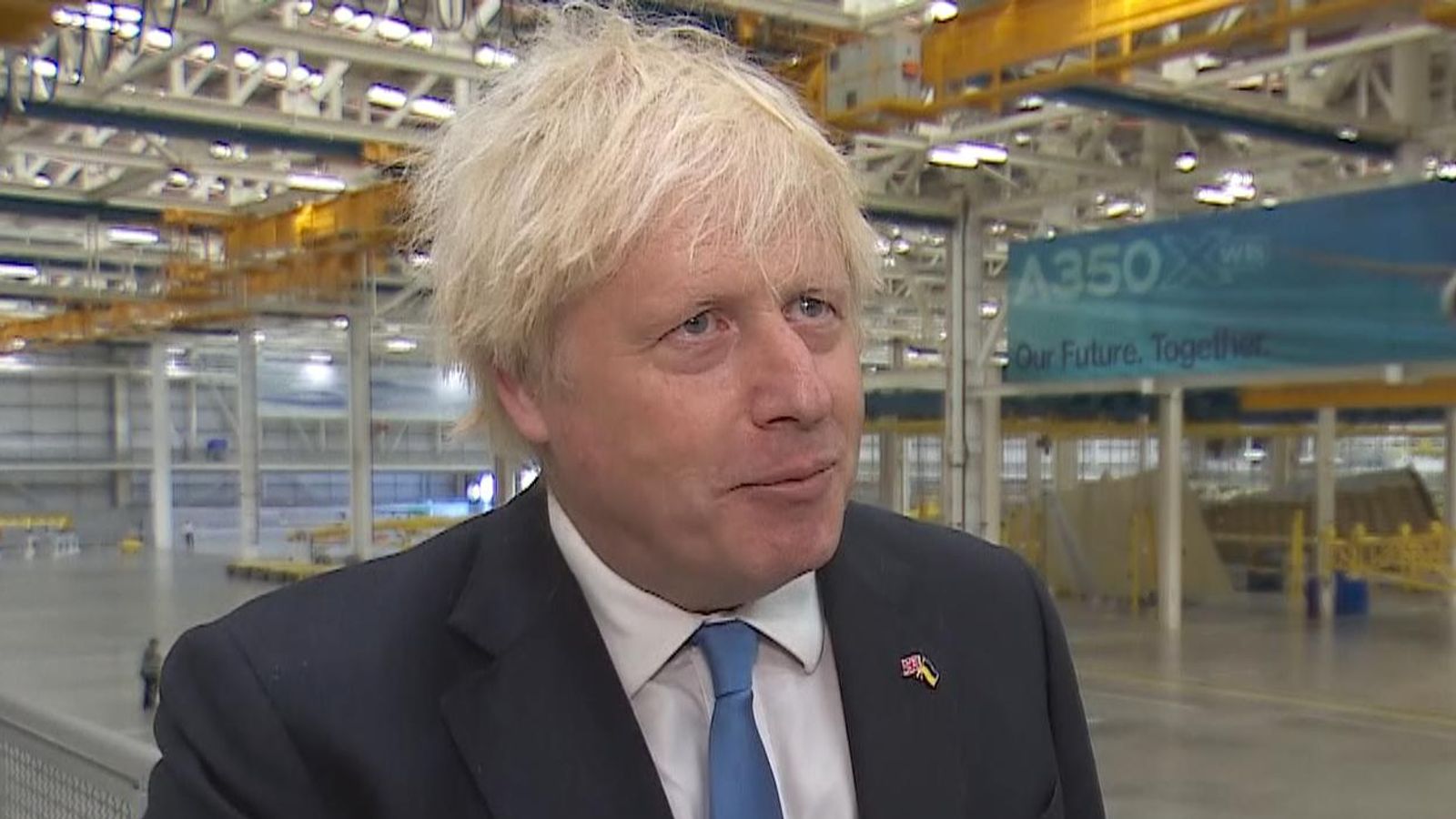 Earlier on Friday, Chancellor Nadhim Zahawi said options to provide additional help to people to ease cost of living pressures will be "ready to go" on 5 September - but similarly added that it will be up to the new prime minister to take decisions on the matter.

Boris Johnson has admitted that the cost of living support the government is providing is not enough - but he refused to announce any immediate measures to combat spiralling household bills.

Mr Johnson doubled down on his remarks that it will be up to his successor - either Liz Truss or Rishi Sunak - to implement further energy policy, but stressed that "there is more money coming".

Asked if he believed the government's package of support was enough, the prime minister told broadcasters: "No, because what I'm saying what we're doing in addition is trying to make sure that by October, by January, there is further support and what the government will be doing, whoever is the prime minister, is making sure there is extra cash to help people."

He continued: "The money has started to come through. I think it is very important for people to understand, most people have not yet received the help the government has already allocated, so over the course of the next couple of months you will see about eight million households get another £326, you will see everybody in October get help with the energy support scheme."

Mr Johnson added: "I'm not going to pretend that things are easy for people right now. You're right to push me because we're doing everything that we can.

"But there's more money coming anyway, as a result of the decisions being taken, there will be further help coming in October and in the new year."

The PM told reporters the public would have to "wait and see" what might emerge from the meeting on Thursday with energy bosses.

"I am encouraged by some of the things we are seeing from energy companies about what more they can do to help consumers," he said.

Mr Johnson's successor will not be announced until 5 September.

Earlier on Friday, Chancellor Nadhim Zahawi said options to provide additional help to people to ease cost of living pressures will be "ready to go" on 5 September - but similarly added that it will be up to the new prime minister to take decisions on the matter.

Speaking to Sky News, Mr Zahawi said either of the two Conservative leadership candidates will be able to "hit the ground running" when elected, but he suggested outgoing PM Mr Johnson will not introduce any new policy to tackle living costs while he remains in post.

"My message to families today is: we will have those options ready to go," Mr Zahawi said.

"Yesterday I met with the industry to look at what more we can do on direct debit, on pre-payment meters, all the things that families are worried about.

"We're making sure we're doing the work so on 5 September the new prime minister can hit the ground running and get those things into place."

Talks with energy bosses on Thursday ended with no new measures to ease the cost of living crisis.

Energy analysts have predicted that typical energy bills could rise to approximately £3,500 in October and more than £4,200 in January.

While a new report suggests that energy bills are set to cost more than two months of average take home pay next year unless the government intervenes.

Last night, Tory leadership hopeful Mr Sunak unveiled a plan to slash rising energy bills for up to 16 million vulnerable people which he hopes will propel him to 10 Downing Street.

And Labour has accused the government of being "missing in action".

Visiting Edinburgh today, Labour leader Sir Keir Starmer spoke about some of the elements of the party's proposals to help people with rising energy bills, saying the party's "strategic plan" would be unveiled on Monday.

"On Monday I'm going to be setting out a comprehensive set of proposals, a plan for how we handle the upcoming costs in the autumn," he told reporters.

"While what you've had from the Conservative Party is two leadership candidates arguing with each other about just how appalling their record in government has been, and a prime minister who's a lame duck - he recognises there's a problem and he's not prepared to do anything about it.

"So, for the best part of 12 months, Labour has been absolutely leading on this issue."