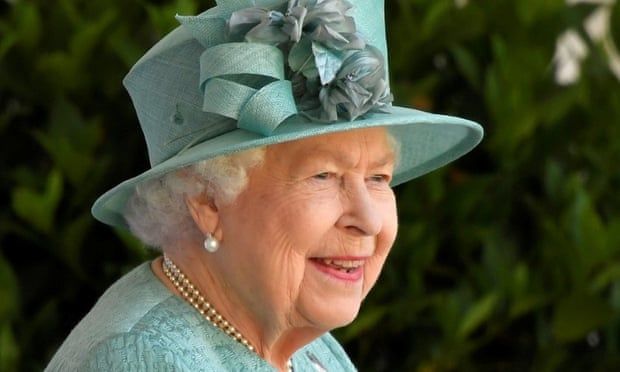 Black Lives Matter UK has expressed surprise after the Queen and the royal family were said to support its cause, but the anti-racism movement stressed that “actions speak louder than words”.

Sir Ken Olisa, the first black lord-lieutenant for London, revealed to Channel 4 that he had discussed racism with members of the royal household in the wake of George Floyd’s murder in the US. Asked whether the palace supported BLM, Olisa said: “The answer is easily yes.”

His comments come after a period in which the royal family’s record on race has come under scrutiny. In their Oprah Winfrey interview earlier this year, the Duke and Duchess of Sussex accused an unnamed member of the royal family of racism, while the Guardian revealed in June that the Queen was personally exempt from laws that prohibit refusing to employ someone on the grounds of their race or ethnicity.

The BLM movement has also highlighted looting during the empire and the involvement of monarchs in the slave trade.

Adjoa, a spokesperson for BLM UK, said: “We were surprised to learn the Queen is a BLM supporter. But we welcome anyone that agrees with our goal of dismantling white supremacy. Of course, actions speak louder than words. The Queen sits on a throne made from colonial plunder. Until she gives back all the stolen gold and diamonds from the Commonwealth and pays reparations, these are nothing more than warm words.”

In the Winfrey interview, Meghan said an unnamed royal – not the Queen or Duke of Edinburgh – raised concerns with Harry before the birth of their son, Archie, about how dark their son Archie’s skin tone might be.

The couple also suggested racism could have been a factor behind the decision to deny Archie security protection and the title of prince.

The Queen later issued a statement saying that the issues raised would be dealt with privately but that “some recollections may vary”. The Duke of Cambridge said: “We’re very much not a racist family.”

Patrick Vernon, a cultural historian and co-author of 100 Great Black Britons, said if the Queen truly embraced BLM “the next logical question would be what is she going to do about it, in terms of allyship, which is no different to conversations I’ve been having with people in the private sector when I’ve done talks on this issue in the last couple of years.

“What is she going to demonstrate through allyship around supporting black and brown people and also acknowledging her privilege? In many ways she is the ultimate in privilege.”

He suggested several actions she could take, including:

* Increasing the diversity of staff employed by Buckingham Palace.

* Acknowledging the Windrush scandal and supporting a proper compensation scheme for its victims.

In June, the palace said it “must do more” after publishing figures that revealed its proportion of ethnic minority employees stood at 8.5%, against a target of 10% by next year. It declined to comment on Olisa’s remarks.

Asked if he was pleased the Queen supported BLM, Boris Johnson’s spokesman said it was “a matter for the palace”.

On whether the prime minister supported BLM, the spokesman said: “He has said himself he has always supported the right of people to peacefully protest and make their feelings known.”