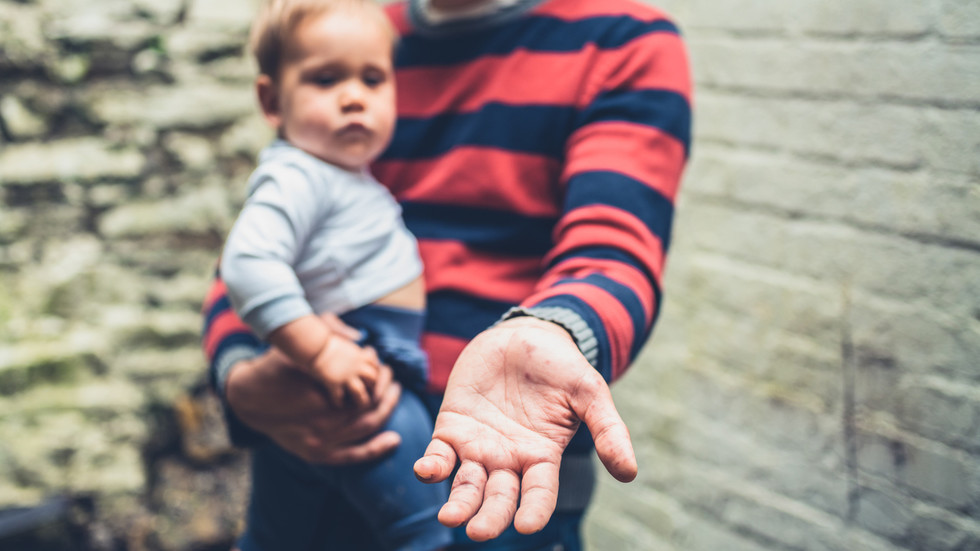 Child poverty hit a record high in the UK even before the pandemic hit, with three-quarters of children in need living in working families, and campaigners say the fallout from Covid over the past year has only made things worse.

Year-on-year figures released by the UK government on Thursday reveal that in the 12 months before lockdown began in March 2020, the number of children living in poverty rose from 4.1 million to 4.3 million – the highest level recorded.

As the pandemic took hold, almost 31% of children in the UK were growing up in relative poverty– up from 29% the year before.

“It is deeply disheartening to see this rise in child poverty in the UK,” said Dan Paskins, UK Director at Save the Children. "And because these statistics give a measure of child poverty pre-pandemic, they don’t even give us the full picture of the impact of Covid and potentially how much worse the situation will be for children in a year’s time."

The data compiled by the Department for Work and Pensions show more than half of all children living in poverty were part of families with a youngest child under the age of five. Some 1.7 million children in 2019-2020 went hungry with families not able to afford enough food.

Poverty rates were highest in children in Bangladeshi families, with more than two-thirds (68%) poor, and more than half of those in Pakistani families (53%) in poverty.

The figures also showed nearly half (49%) of children in single-parent families were deprived.

"History will judge how we handled this pandemic for our children. It has been an overwhelming and stressful time for families already struggling on a low income, and we cannot risk plunging even more families into poverty"

The Child Poverty Action Group noted that the new statistics are pre-pandemic and “show just how many families were struggling even before Covid.”

The figures show the worst levels of deprivation were in Northern England.

In Scotland, the figures were only marginally better, with two-thirds of children in poverty living in a household with someone in paid work.

The government said the figures measure relative poverty, which is calculated against median incomes, as opposed to absolute poverty, adding that 700,000 fewer people were in poverty before housing costs than in 2010.