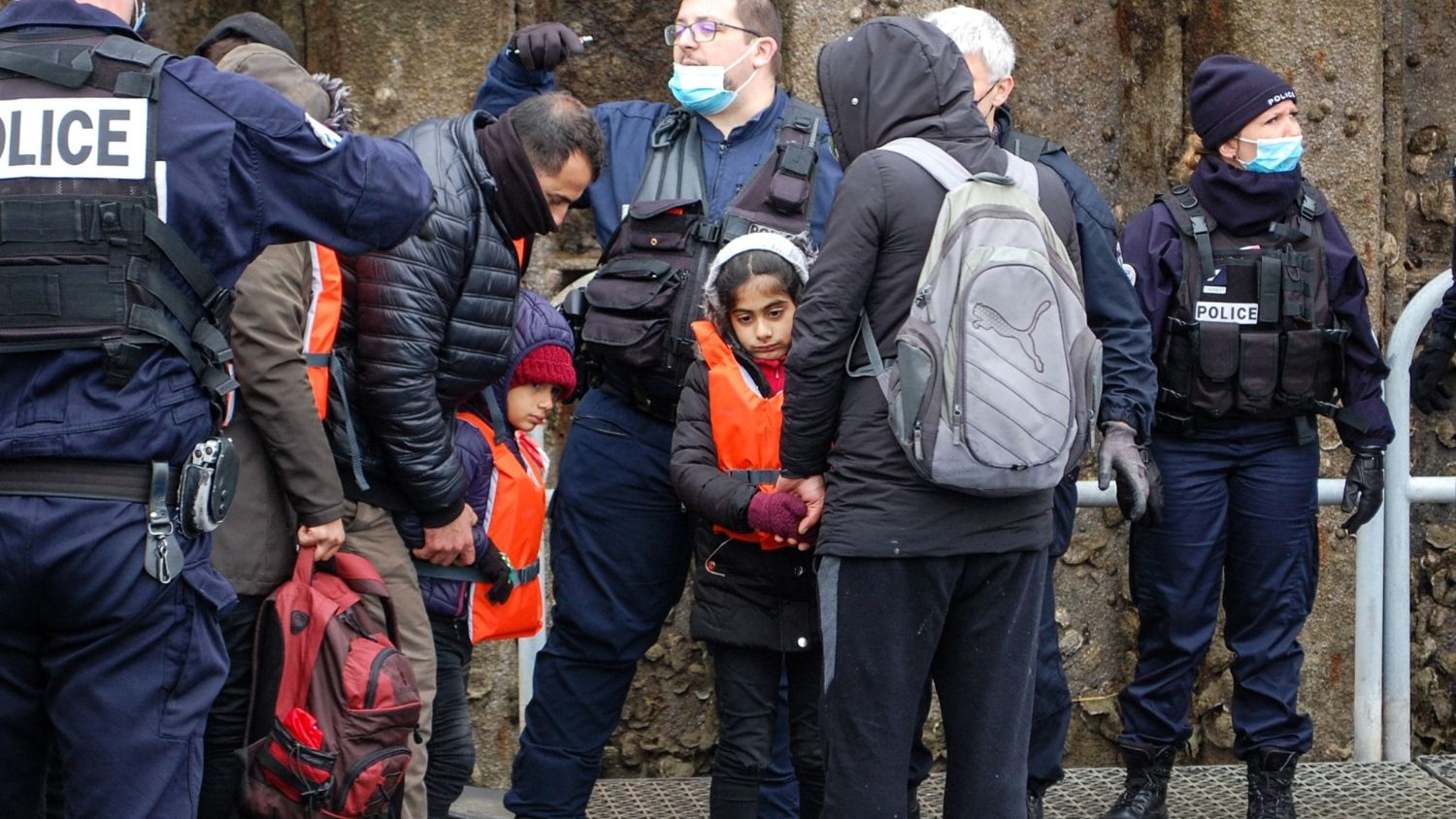 Bishops of Britain and Scotland call for protection of vulnerable migrants

In a letter to authorities, the Bishops of Britain and Scotland highlight some areas of concern in the UK’s New Plan for Immigration and encourage all to break down the walls that separate us in order to build bridges that foster a culture of encounter.

The Bishops of Britain and Scotland have written a letter to Home Secretary, Priti Patel, expressing concerns that the Bishops, as well as other Catholic organizations share regarding the New Plan for Immigration and the consequent implications for the human dignity of people seeking sanctuary in the UK.

The new immigration plan presented in March aims to increase the fairness and efficacy of the system in order to better protect and support those in genuine need of asylum; deter illegal entry of asylum seekers into the UK, and more easily remove those whose asylum claims are rejected. However, many have questioned the moral and ethical implications of the content and framing of this new plan.

Drawing on Pope Francis’ 2021 message for the World Day of Migrants and Refugees, the Bishops called for us to move “towards an ever wider we,” highlighting the “deep interconnectedness of humanity and recognising that all refugees and migrants are made in the image of God.” They also reiterated the Pope’s appeal to “break down the walls that separate us and build bridges that foster a culture of encounter.”

A time for action.

The Bishops recalled that this year is the 70th anniversary of the UN Refugee Convention and is thus especially pertinent to “reflect on our history of welcoming, protecting, promoting and integrating refugees.”

“It is also a time for action to ensure that our asylum system embodies the values Pope Francis speaks of and provides a generous response to those driven from their homes by the many challenges facing our world today, such as poverty, conflict, or the climate emergency,” the letter said.

They further stressed that the country cannot ignore its role in the displacement, particularly through cuts to the aid budget which affect the world’s poorest people, and “our status as one of the largest exporters of arms, which fuel conflicts around the world.”

“As Pope Francis reminds us, all of humanity is interconnected,” said the Bishops in the letter jointly signed by Bishop Paul McAleenan, lead Bishop for Migrants and Refugees in the English and Welsh Bishops’ Conference (CBCEW) and Bishop William Nolan of Galloway, head of the Justice and Peace Commission of the Scottish Bishops' Conference (CBCS).

Drawing attention to areas of concern in the immigration plan, the Bishops said that the creation of arbitrary divisions based on peoples’ entry method into the UK will have “profound implications for those who need our support most.”

They highlighted that many individuals and families have “no choice in the route that they take” and as such, penalizing them on that basis undermines the principle of asylum.

“We oppose any move to treat differently those forced to risk their lives or make difficult journeys to reach safety and those who are selected for organized resettlement routes,” the Bishops emphasized.

The Bishops went on to welcome the government’s commitment to a new UK Resettlement Scheme that ensures that people can enter through the route of Community Sponsorship. At the same time, they acknowledged Parishes’ involvement in welcoming people through Community sponsorship in response to Pope Francis’ call that Catholic communities host refugee families.

However, they highlight that “the impact will be limited without ambitious targets or proper support for civil society groups.” The Bishops, therefore, urged the government to incorporate these into the resettlement policy as it is developed.

Another point of concern for the Bishops is the shortcomings in society’s response to the evils of human trafficking, including in identifying victims, providing them with support and prosecuting those responsible for exploitation.

In this regard, they propose tackling trafficking through “combining a strong response to organized crime, with the opening of more safe and legal routes to sanctuary, while ensuring that victims are never criminalized.”

The Bishops highlighted that trafficking will “not be solved by tougher border security and a less generous asylum system” as these only risk driving more people into the hands of criminals.

Concluding the letter, the British and Scottish Bishops reminded authorities that how they respond to those in need has profound implications for society, pointing out that successive generations of refugees have greatly enriched communities. The Bishops, therefore stress the importance of continuing to make room for people who seek safety and a home in the UK.