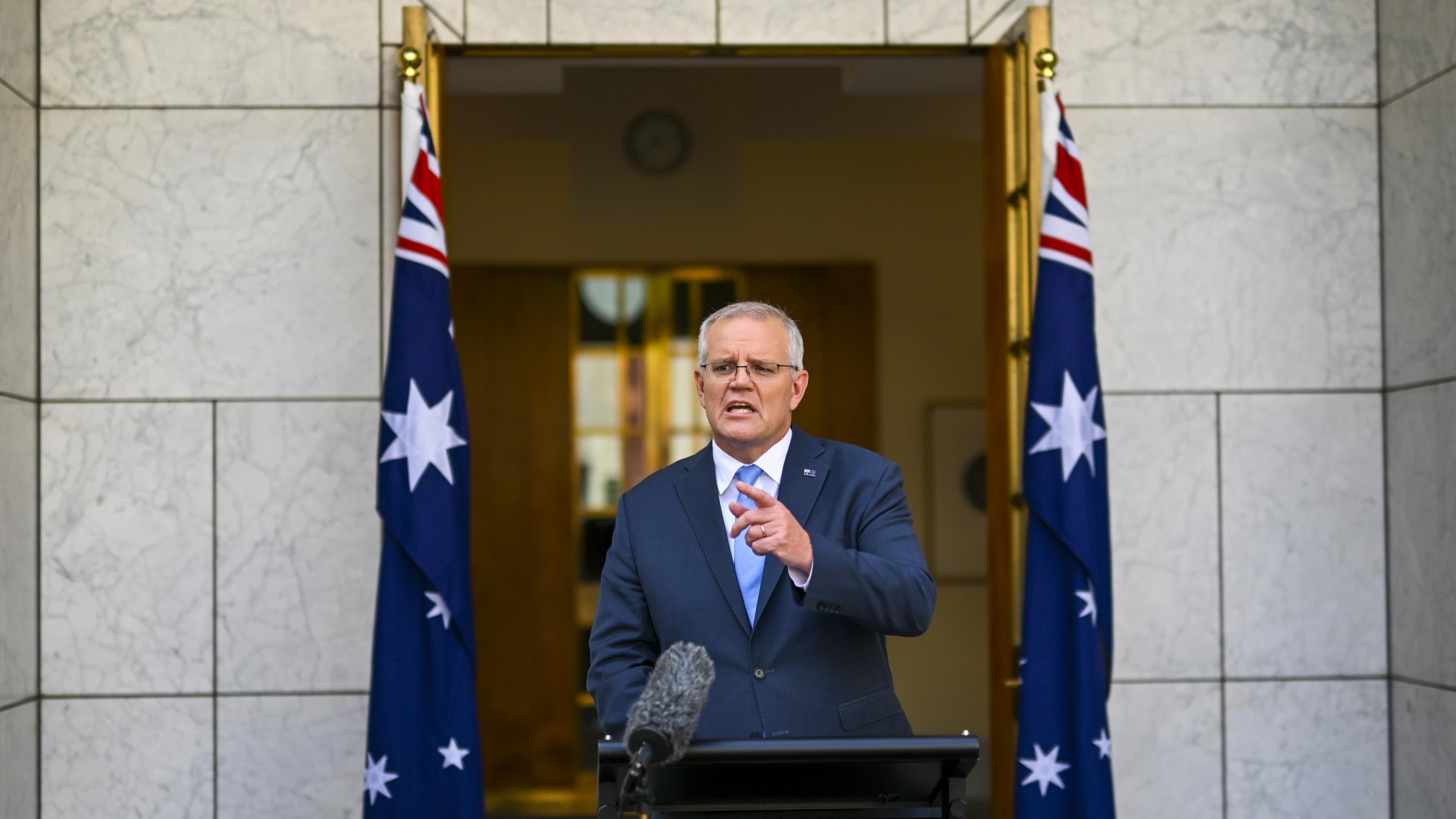 Australia’s prime minister has called for a May 21 election that will be fought on issues including Chinese economic coercion, climate change and the COVID-19 pandemic.
Prime Minister Scott Morrison on Sunday advised Governor-General David Hurley as representative of Australia’s head of state, Queen Elizabeth II, to set the election date.

Morrison’s conservative coalition is seeking a fourth three-year term. The date is the latest available to him.

He urged voters to stick with a government that delivered one of the lowest pandemic death tolls of any advanced economy rather than risk the opposition Labor Party.

“This election is a choice between a government that you know and that has been delivering and a Labor opposition that you don’t,” Morrison said.

Morrison led his government to a narrow victory at the last election in 2019 despite opinion polls consistently placing the center-left opposition Australian Labor Party ahead.

The Liberal Party-led coalition is again behind in most opinion polls, but many analysts predict a tight result.

The last election occurred in the hottest and driest year Australia had ever experienced. The year ended with devastating wildfires across Australia’s southeast that directly killed 33 people and more than 400 others through smoke.

The fires also destroyed more than 3,000 homes and razed 19 million hectares (47 million acres) of farmland and forests during the Southern Hemisphere summer.

Morrison was widely criticized for taking a secret family vacation to Hawaii at the height of the crisis while his hometown Sydney was blanketed in toxic smoke.

He cut his vacation short due to the public backlash, but was further criticized over his explanation for his absence: “I don’t hold a hose.”

His government was criticized for its responses to the fires and also record flooding this year in some of the same areas in Australia’s southeast that were razed two years earlier.

Both the government and opposition have set a target of net zero carbon gas emissions by 2050.

Morrison was widely criticized at the U.N. climate conference in Glasgow, Scotland, in November for failing to set more ambitious targets for the end of the decade.

The government aims to reduce emissions by 26% to 28% below 2005 levels, while other countries have made steeper commitments.

The Australian Labor Party has promised to reduce emissions by 43% by 2030.

Australia was initially successful in containing the death toll from the COVID-19 pandemic largely through restrictions on international travel.

But the more contagious delta and omicron variants have proved more difficult to contain.

The opposition criticized the government over the pace of Australia’s vaccine rollout, which was derided as a “stroll out,” as it fell months behind schedule. Australia’s population is now one of the most vaccinated in the world.

The government has defended its pandemic record and takes credit for Australia having the third-lowest death toll among the 38 Organization for Economic Development and Cooperation countries.

With China imposing official and unofficial trade sanctions against Australia in recent years, the government argues that Beijing wants Labor to win the election because the party was less likely to stand up to economic coercion.

Labor takes credit for thwarting the government’s plan in 2014 to sign an extradition treaty with China. Bilateral relations have since deteriorated, and the government now warns that Australians risk arbitrary detention if they visit China.

Several experts say both sides of politics are largely united on national security issues and that the government in confecting differences on China.

“That is not in the national interest. That only serves the interests of one country and that is China,” Richardson added.
#COVID-19  #vaccine  #Covid
Add Comment