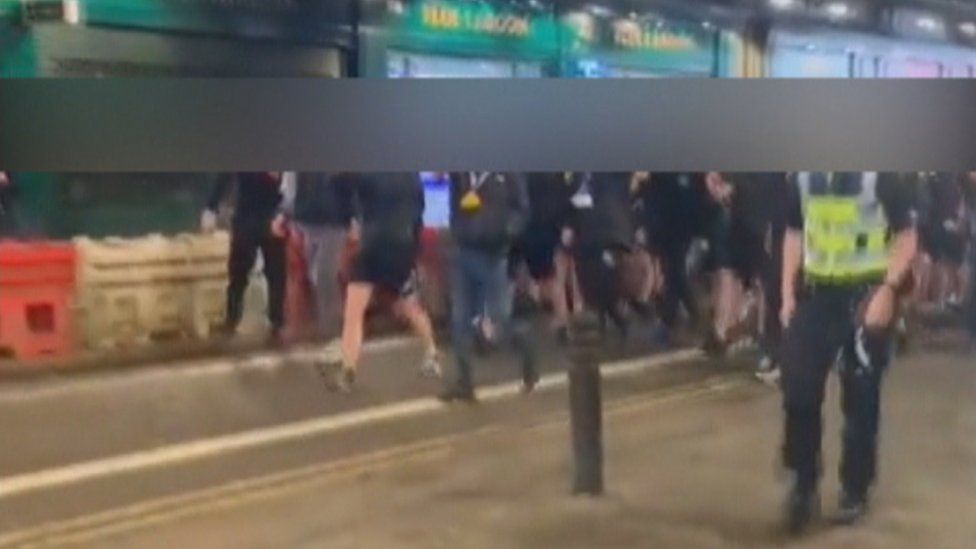 'Arrests expected' over anti-Catholic singing by group of Rangers fans

A video on social media showed a group being escorted by police through Glasgow city centre while chanting an anti-Irish song referencing the famine.

Assistant Chief Constable Bernard Higgins defended the actions of the officers who came across the fans.

And he said anti-Irish Catholic behaviour was "wholly unacceptable".

Inquiries are continuing to identify those involved, and he said "appropriate action" would be taken.

Rangers said the club "condemns all forms of racism, sectarianism and discrimination". 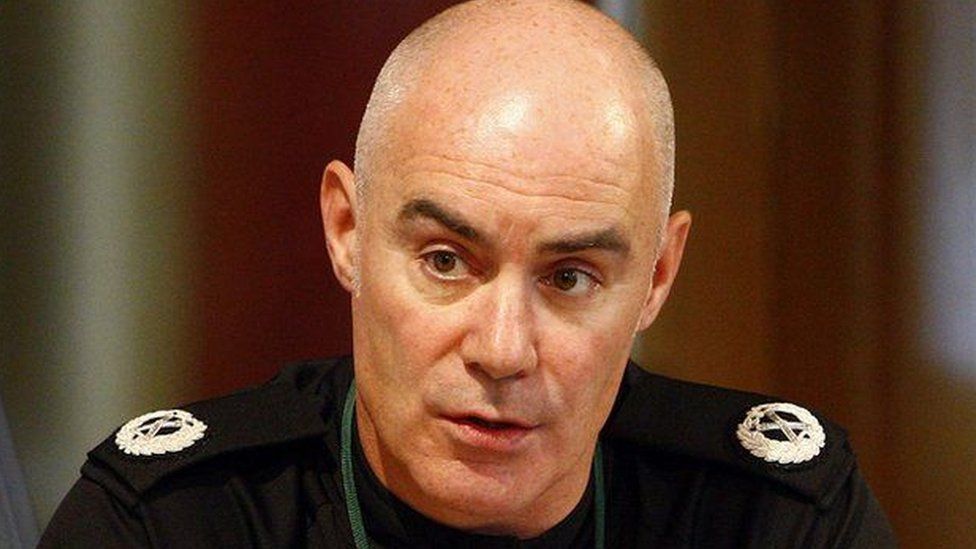 Police Scotland earlier said it had launched an investigation after being made aware of sectarian singing by a group of people in the Jamaica Street area.

The incident happened before Rangers beat Celtic 1-0 at Ibrox in the first Old Firm game of the season.

Assistant Chief Constable Higgins said officers on patrol had come across the group in the city centre on Sunday.

"We did not facilitate this event and to say so is inaccurate," he said.

"Due to the numbers and to ensure public and officer safety, additional officers were called to assist and, at this point, individuals' details were noted and the group dispersed.

"A retrospective investigation into this anti-Irish Catholic singing has been launched and we are following up a number of lines of inquiry, including reviewing CCTV footage and footage on social media.

"I fully expect a number of arrests to be made."

He went on to say that anti-Irish Catholic behaviour was "wholly unacceptable".

ACC Higgins added: "The challenges of the sectarianism still evident in some parts of Scotland are a much broader societal problem and, whilst policing will have a role to play in addressing the symptoms, its causes are a problem which require a more effective, joined-up, civic response."

When the footage emerged, Health Secretary Humza Yousaf expressed "solidarity" with the Irish community and said he was "disgusted" by the incident.

Scottish Greens co-leader Patrick Harvie said the images "ought to be shocking but are shamefully all too familiar".

"At the very least, we need an assurance that every identifiable person in that crowd will face charges," he added.

A Scottish government spokesman said hatred and bigotry of any kind was "completely and utterly unacceptable".

"Scotland is a diverse, multicultural and multi-faith society and we are fully committed to tackling all forms of bigotry, prejudice and racism, including anti-Irish racism.

Speaking on The Nine, Prof Sir Tom Devine claimed: "This problem is very specific and it seems to be related to the supporting element who are attracted to Rangers FC."

He added: "Rangers have recently had a good track record in dealing with elements of their fandom who behave badly.

"So they may have, with Glasgow City Council and the police, some time to see how they can deal with it."

Rangers said in a statement: "Following an incident on Sunday, we repeat that Rangers FC condemns all forms of racism, sectarianism and discrimination. We are working with the police to identify any season tickets holders.

"As a club, we are proud of our Everyone Anyone campaign, led through the Rangers Charity Foundation, our work with a wide range of stakeholders and our ongoing dialogue with the Scottish government.

"Discrimination of all forms is a societal issue within Scotland. Those with influence within Scottish discourse should put their energy into eradicating this very serious issue across all sections of Scottish society who suffer sectarianism, discrimination and racism of any form."