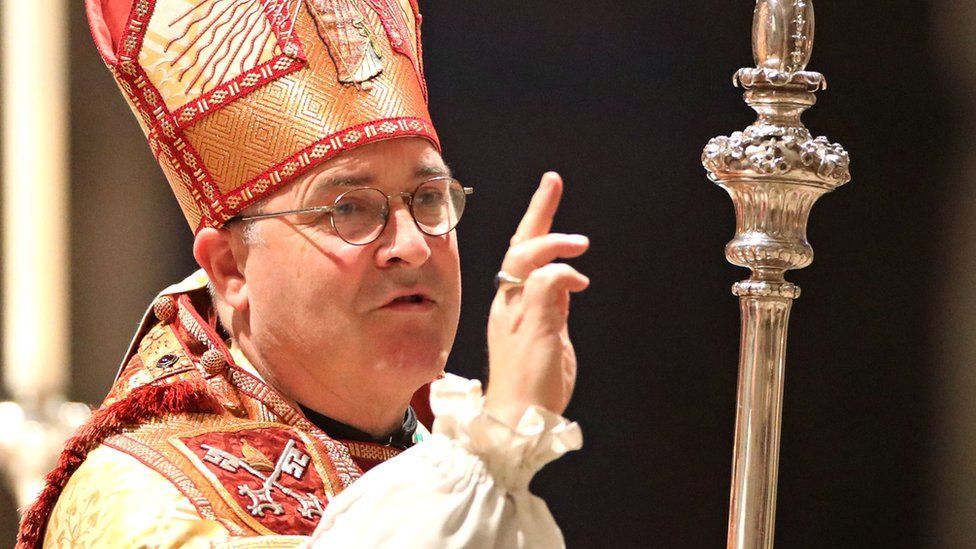 The Archbishop of York has said many people in England feel left behind by "metropolitan elites in London and the South East" and are "patronised as backwardly xenophobic".

Writing in the Telegraph, Stephen Cottrell called for "an expansive vision of what it means to be English".

He added that stronger regional government in England would help the country "rediscover a national unity".

The government said it was increasing the powers available to local leaders.

Archbishop Cottrell is currently the most senior figure in the Church of England, with the Archbishop of Canterbury due to return from a three-month sabbatical in a few weeks.

Lamenting the loss of national identity in England, Archbishop Cottrell, who was born in Essex, wrote: "Many English people feel left behind by metropolitan elites in London and the South East, and by devolved governments and strengthened regional identities in Scotland and Wales.

"Their heartfelt cry to be heard is often disregarded, wilfully misunderstood or patronised as backwardly xenophobic."

"What we need is an expansive vision of what it means to be English as part of the UK. This will help us rediscover a national unity more fractured than I have ever known it in my lifetime," he added.

In his article for the Daily Telegraph, the archbishop suggested the different nations of the UK should sing their own individual anthems when they play each other in sporting events, before singing the national anthem, God Save the Queen, together. 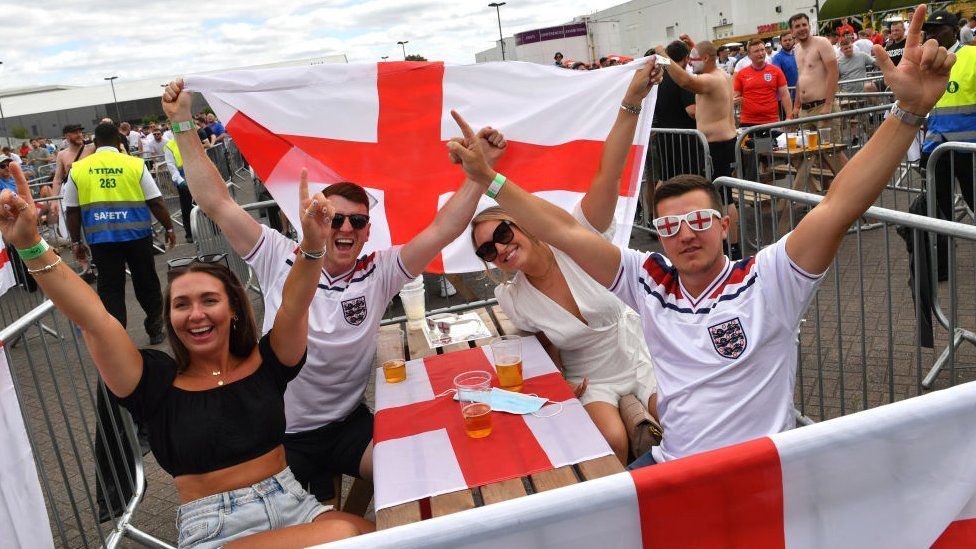 It comes after Prime Minister Boris Johnson visited Scotland earlier this week to promote the benefits of the union - his first trip since a pro-independence majority was returned at the Holyrood election in May.

Archbishop Cottrell also argued there should be greater devolution for England, suggesting: "Westminster would hold on to those big issues to do with our shared sovereignty, while empowering the separate nations and regions to serve their own localities better."

However, last month Cabinet Office Minister Michael Gove, who is responsible for devolution policy and strengthening the union, said the system meaning only English MPs vote on matters that affect England should be scrapped.

He said the "English votes for English laws" procedure, which was introduced in 2015, had "not served our Parliament well".

The prime minister has also promised to "level up" the country, offering opportunities and investment to communities that felt left behind, such as in the Midlands and northern England.

In response to Archbishop Cottrell's comments a spokesperson for the Ministry of Housing, Communities and Local Government said: "We are investing billions of pounds to support and regenerate local communities, empowering people to have more control over their areas."

The spokesperson highlighted plans for new "county deals", which would aim to give other local leaders the same powers as metro mayors.