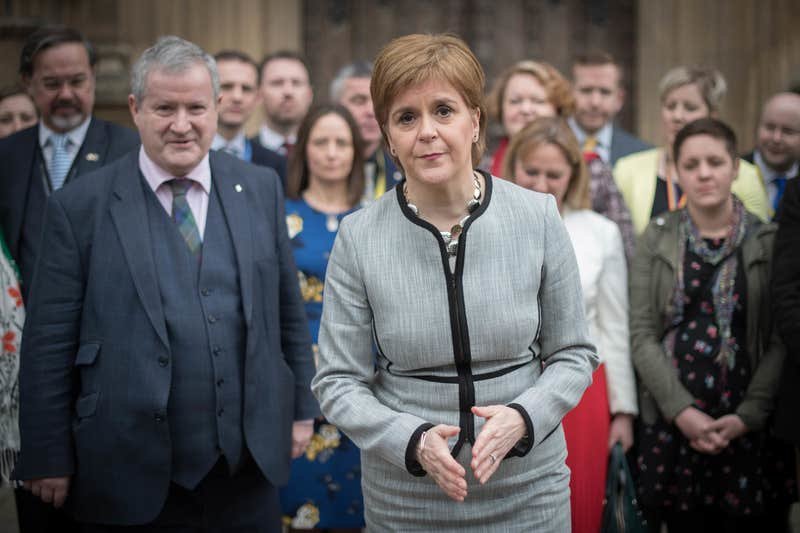 A new anti-Brexit party has registered with the Electoral Commission, urging backers to vote for London’s separation from the rest of the UK. The Londependence party will run a campaign of “self-governance” for the capital, saying Brexit dragged the city into a “humiliating mess”.

Party leader Geoff Hinkley said: "In the wake of the Brexit vote, Londoners need to determine their own destiny. We have paid too much for too long."

In a video statement broadcast on the party’s website, he said: “Brexit was supposed to be about patriotic pride but you can't be proud of this shambles.

“England has dragged London into a humiliating mess.
“London voted Brexit down by a 20% margin. England should not be able to impose this course on us without our democratic consent.

“The SNP is making that case for Scotland and we'll make the same case for London.”

Mr Hinkley goes on to describe Londoners as “badly served” by English democracy, accusing both Labour and the Tory party of failing to “speak up” for the concerns of Londoners.

The former software developer also laments that European Londoners - “our neighbours and colleagues and friends” - have been hung out to dry in the Brexit turmoil.

The Londependence Party is calling for Article 50 to be revoked, accusing British politicians of offering the country a choice “when they had no idea how to deliver it.”

“They triggered Article 50 still without any plan how to deliver it,” said Mr Hinkley.

“And even now, the only reason we're still beating our heads against this wall is because politicians aren't brave enough to admit they messed up.”

Mr Hinkley, a “fan of death metal and Baroque opera” is working with his colleague Rizwan Syed to raise awareness and funds for their party.
Londependence will soon launch a crowdfunding campaign for the London Assembly elections in May 2020.

It will need to raise £5,000 to be in the running, the party states on its website.

Citing its three pillars as a “diverse”, “autonomous” and “liveable” London, the party pledges to fight for more affordable housing, “a clear path to citizenship for everyone who's part of our city”, and the “right to decide how our taxes are spent.”

“Not only has London's vote against Brexit been ignored, everything else we have been saying since has been ignored as well,” Mr Hinkley says in his video.

“The people who now support Brexit now want - intentionally - to hurt London. And they still want it even though all the analysis shows that it will hurt them.

“It will hurt them even more than it hurts us. It's the mentality of a suicide bomber," he adds.

“But we've had real suicide bombers here in London. We don't give in to them. We stand up and we stand together."