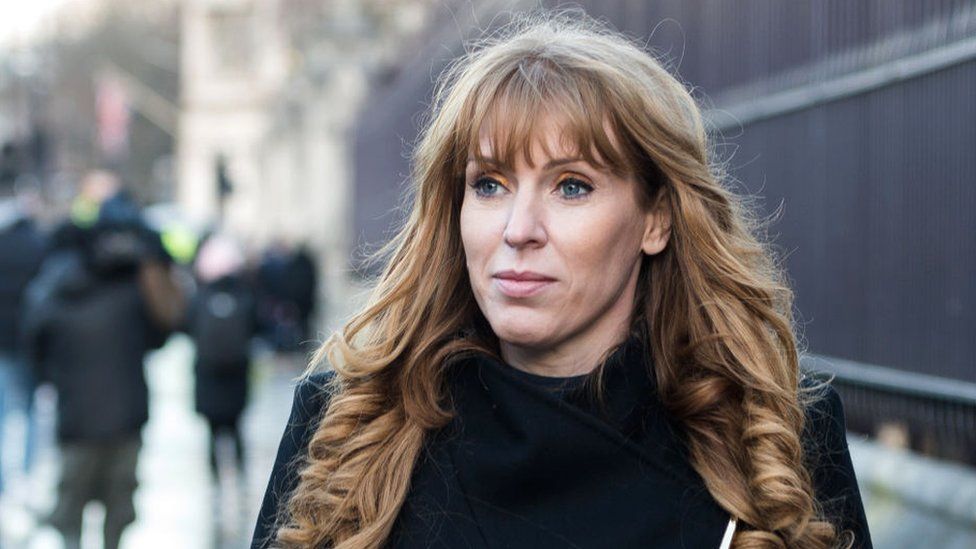 Politicians have condemned a suggestion made in a newspaper that Labour's Angela Rayner tries to distract Boris Johnson in the Commons by crossing and uncrossing her legs.

The Mail on Sunday claimed some unnamed Conservative MPs said she tried to put the PM "off his stride".

Ms Rayner dismissed this as a "perverted smear" that showed women in politics faced misogyny every day.

A raft of politicians, including women Tory MPs, spoke out in support of her.

Conservative Caroline Nokes said too many female MPs of all parties had been "on receiving end of vile articles", while former minister Andrea Leadsom tweeted: "Really sorry Angela. Totally unacceptable comments and reporting."

Both Mr Johnson and Labour leader Sir Keir Starmer also criticised the comments, with the PM tweeting: "As much as I disagree with Angela Rayner on almost every political issue, I respect her as a parliamentarian and deplore the misogyny directed at her anonymously today."

Sir Keir added: "The sexism and misogyny peddled by the Tories is a disgraceful new low from a party mired in scandal and chaos."

The Mail on Sunday is not commenting.

The article - which has now been changed to headline on deputy Labour leader Ms Rayner's response on Twitter - quoted unnamed Conservative MPs claiming she would cross and uncross her legs when opposite the PM at the dispatch box in the Commons to distract him.

A host of MPs have since come out to not only condemn the suggestion made but also the tone of the newspaper's reporting.

And Ms Nokes - who chairs the women and equalities committee - confirmed on Twitter that she had contacted the Commons Speaker, Sir Lindsay Hoyle, to ask if the political editor who wrote the piece should have a press pass for Parliament.

The newspaper article said: "Tory MPs have mischievously suggested that Ms Rayner likes to distract the PM when he is in the dispatch box by deploying a fully-clothed Parliamentary equivalent of Sharon Stone's infamous scene in the 1992 film Basic Instinct."

The paper added: "It is also suggested she employs the tactic when sitting next to Sir Keir when he faces Mr Johnson at PMQs".

The piece quotes one MP as saying: "She knows she can't compete with Boris's Oxford Union debating training, but she has other skills which he lacks.

"She has admitted as much when enjoying drinks with us on the [Commons] terrace."

The article also described the Labour MP's background as "a grandmother who left school at 16 while pregnant and with no qualifications before becoming a care worker".

Ms Rayner condemned the article in a thread on Twitter as "gutter journalism", and accused the sources of "spreading desperate, perverted smears in their doomed attempts to save [Mr Johnson's] skin" amid the partygate scandal.

She added: "I won't be letting their vile lies deter me. Their attempts to harass and intimidate me will fail.

"I hope this experience doesn't put off a single person like me, with a background like mine from aspiring to participate in public life. That would break my heart."

The report led to a huge backlash on social media and support for the Labour deputy leader.

Scotland's First Minister and SNP leader Nicola Sturgeon tweeted: "Solidarity from across the political divide to Angela Rayner on this.

"It's a reminder of the deep misogyny women face every day."

Liberal Democrat MP Munira Wilson described it as a "disgraceful story", saying: "I can't even believe it made it into print."

Labour's shadow leader of the Commons, Thangam Debbonaire, added: "This all shows we need more women in politics and that when we work together, we are mighty and fearsome and some pathetic men feel threatened by it."