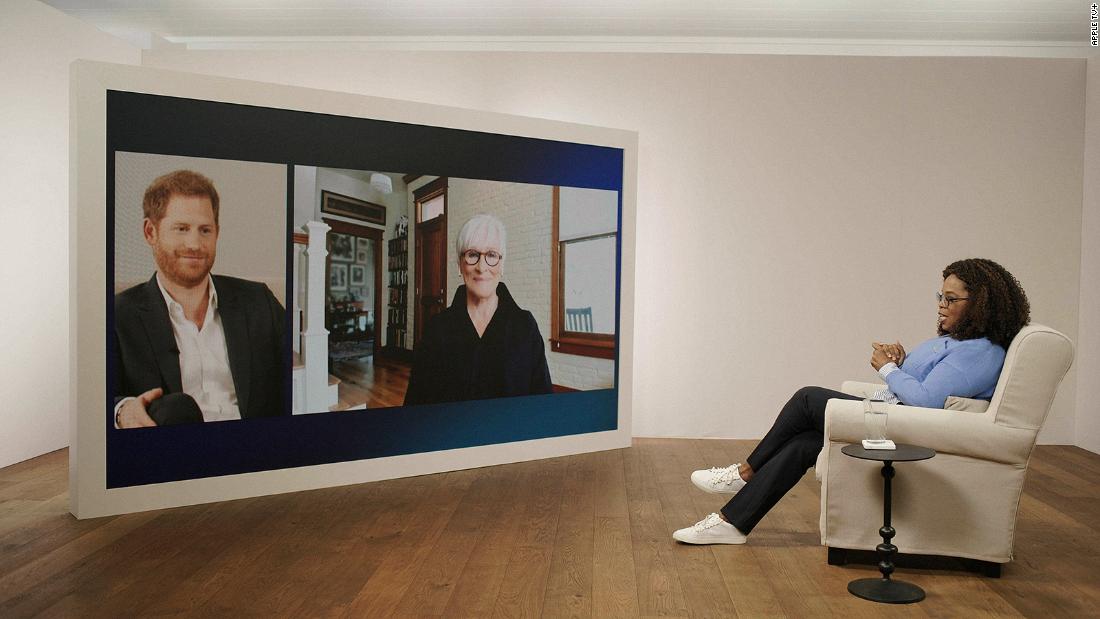 Analysis: From prince to producer. Harry's got a hit on his hands

Anyone who doubted Prince Harry's ability to transform himself into a Hollywood producer and make it work may yet be proved wrong.

When his five-part mental health docuseries "The Me You Can't See" dropped on Apple TV+ last week there was a 25% rise in viewers on the streaming platform, according to a source close to Apple. It was so successful that a spinoff special was announced in the days that followed -- a town hall-style discussion in which Harry and co-producer Oprah Winfrey reconnected with subjects and experts from the original series to further explore emotional well-being.

It's the first evidence that the prince is worth the hundreds of millions of dollars the major streaming services have invested in Archewell Productions -- the unit he set up with wife Meghan. It's early days but his Apple TV+ hit is a positive sign. Of course, it will have helped to have an A-list supporting cast, with actress Glenn Close and singer Lady Gaga among the show's participants sharing their own experiences with mental health.

The series also got a lot of pick up from the press around what he said about the royal family and the accusation that "the firm," with the media, smeared his wife. In the initial five-part series, Harry opened up about using alcohol and drugs to cope with the trauma of his mother's death and the pressures of being a royal. In the UK, average viewership on Apple over the weekend was up 40%, our source told us. 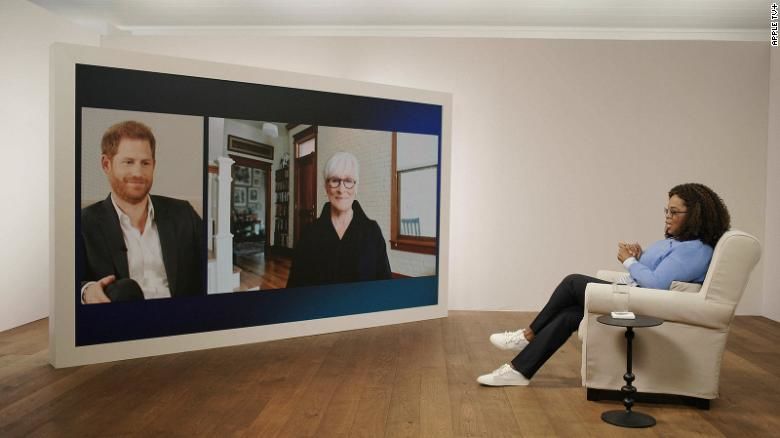 Oprah Winfrey, Prince Harry and Glenn Close in "The Me You Can't See: A Path Forward," which was released on Apple TV+ Friday.

The next test for the Sussexes will be proving they can make shows that get the ratings without mentioning their extended family. The pair may be bolstered by the fact that the bonus episode of "The Me You Can't See" only made passing references to the royals. Instead, at the end he articulated the bigger point he wants to make: "Around the world my hope is that our series will continue to inspire people to take a more active and compassionate approach to healing, community and well-being, because we truly are all in this together."

Given the prince's belief that mental health and climate change are "the two most pressing issues" society faces, we can assume he will continue to pitch content ideas around them. They are, of course, significant subjects people care deeply about. While Harry and Meghan aren't the first royals to open up so honestly or advocate social issues, these forthright conversations with the couple showcase how the royal communication strategy is starting to shift as the media landscape evolves.

With William and Kate also rethinking their social media game plan, the younger royals are increasingly connecting with the public via alternative platforms like streaming services rather than traditional media outlets -- without seeing any obvious drop in media coverage.

What Harry needs to demonstrate now is whether he can become an expert source on the issues he wants to champion without the draw of fresh royal revelations. So far, things are looking good.

Key quotes from the Duke of Sussex in the new documentary

On the challenges society faces:

"I believe even more that climate change and mental health are two of the most pressing issues that we're facing, and, in many ways, they are linked. The connecting line is about our collective well-being, and when our collective well-being erodes, that affects our ability to be caretakers of ourselves, of our communities and of our planet, ultimately."

On how to approach discussion of self-harm:

"So many people are afraid of being on the receiving end of that conversation (about suicide) because they don't feel as though they have the right tools to be able to give the right advice, but what you're saying is you're there ... Listen, because listening and being part of that conversation is, without a doubt, the best first step that you can take."

On the stigma attached to mental health:

"As parents and as siblings ... certainly from what I've learned, there's an element of shame that we feel because we're, like, 'How could we not have seen it? How did we not know? How did you not feel comfortable enough to come to me and share that with me?' We all know that, when people are suffering or struggling, that we're all incredibly good at covering it up for those that know that we're covering it up."

On the "othering" of mental health:

"I get the real feeling that so many parents don't feel equipped to be able to deal with these problems because so many people think there's mental illness and then there's everything else ... How can we collectively, as society, prepare and make parents feel more comfortable and better equipped to be able to deal with the daily stresses or the daily unknowings of what your children are going through, growing up in this world that we've allowed to be created, which I believe is making us sicker?"

On how the pandemic has affected views on mental health:

"Pre-Covid, there was probably a situation of an 'us and them' when it came to mental illness. And now I think it's just 'us.'"

PHOTO OF THE WEEK 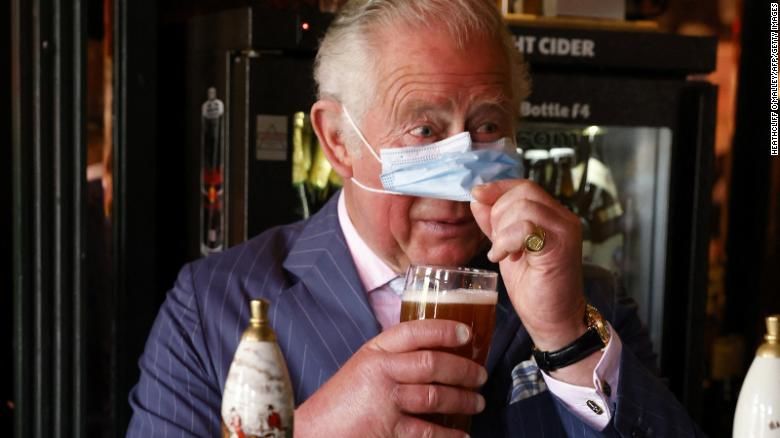 WHAT ELSE IS HAPPENING

The board of the BBC says it will carry out a review of the "effectiveness" of the public broadcaster's "editorial policies and governance in detail," after the publication of a report into a 1995 interview with Princess Diana. Though the board says it believes the BBC is a different organization today, it wants to ensure historic mistakes are not repeated. "We have confidence that the processes and guidelines in today's BBC are much stronger than they were in 1995, but we know we must also do what we can to prevent such an incident happening again. As such, we think it is right that we review the effectiveness of the BBC's editorial policies and governance in detail," the statement read. Last week, a report by a retired judge, Lord Dyson, concluded that former BBC journalist Martin Bashir used "deceitful" methods to land his explosive 1995 interview with the Princess of Wales. Bashir has since denied his sit-down with the royal harmed her in any way.

Queen takes a tour of her new aircraft carrier.

Elizabeth gave the UK's new aircraft carrier a royal sendoff on Saturday before it leads a flotilla of British, US and Dutch ships to Asian waters on its maiden operational voyage. The 95-year-old monarch stepped aboard the HMS Queen Elizabeth in Portsmouth, spending time "meeting crew members and wishing them luck in what will be an unforgettable life experience by being part of naval history," the UK's defense ministry said in a statement.

Kate joined William in Scotland this week as he carried out a series of engagements as part of his role as Lord High Commissioner to the General Assembly of the Church of Scotland. The pair, who are known in the country as the Earl and Countess of Strathearn, took in the sights and sounds of Edinburgh, Fife and Orkney.

William said he found "comfort and solace in the Scottish outdoors" during "the dark days of grief" that followed his mother's death, in an opening address to a virtual church service in Edinburgh on Saturday. He had been visiting the Queen's Balmoral estate in 1997 when he was told Diana had died. "As a result, the connection I feel to Scotland will forever run deep," he added. 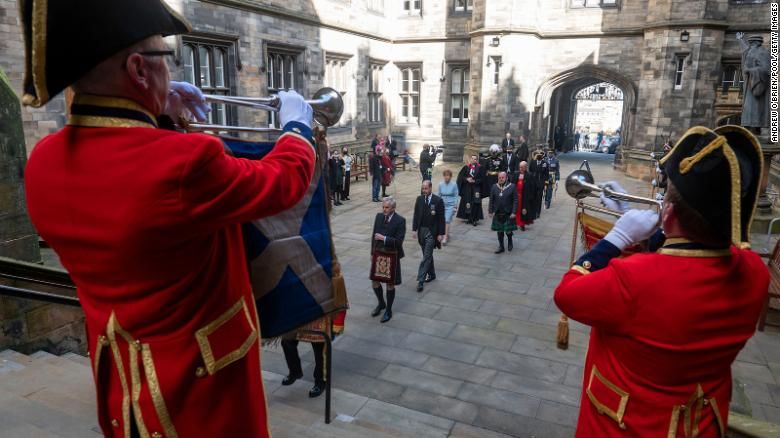 The Duke of Cambridge arrives for the opening ceremony of the General Assembly of the Church of Scotland in Edinburgh on May 22, 2021. 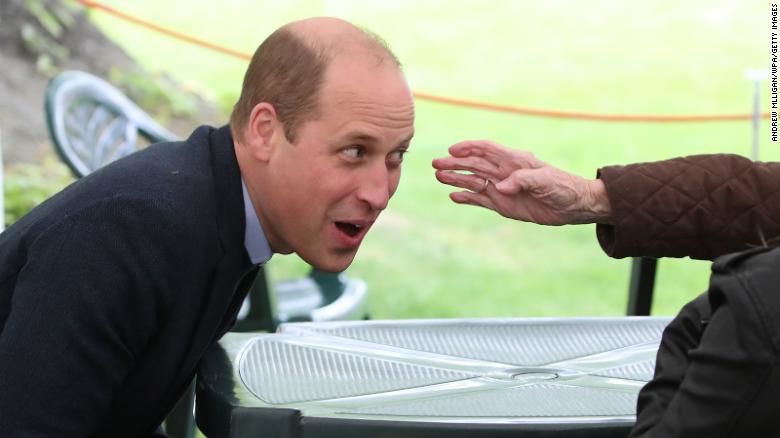 Care home resident Betty Magee, 96, touches William's face during the duke's visit to the Queen's Bay Lodge Care Home in Edinburgh on May 23, 2021. 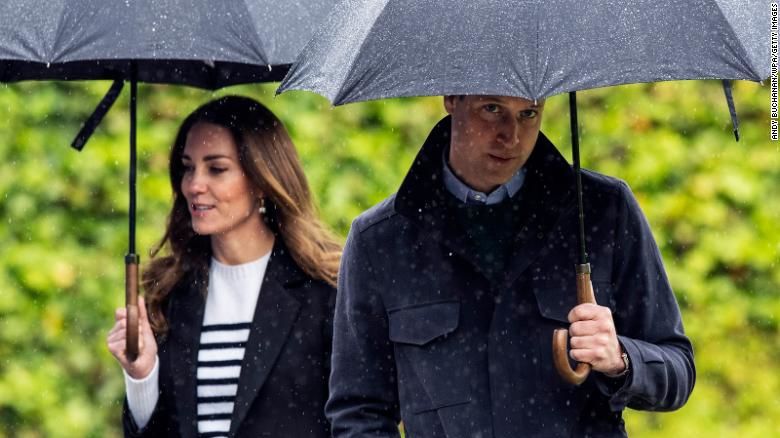 William and Kate returned to the University of St. Andrews this week. William said Scotland brings him "great joy" because it was where he met his wife 20 years ago. 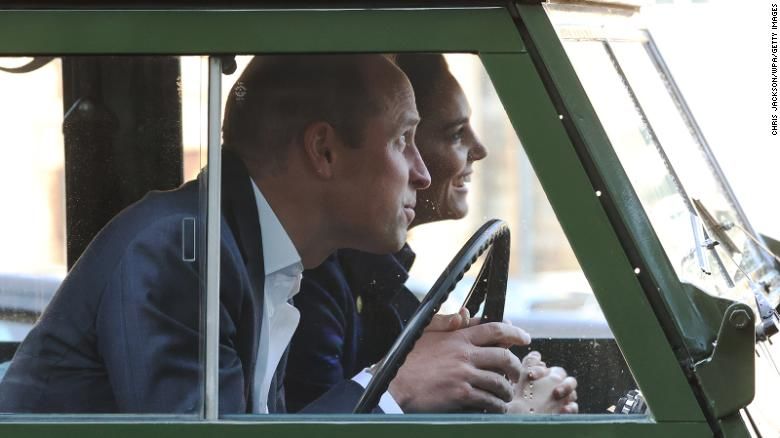 Grab the popcorn! William and Kate hosted a drive-in movie night for healthcare workers at the Palace of Holyroodhouse in Edinburgh on Wednesday, "in recognition of their vital work throughout the pandemic." They rolled up to the event -- which screened the new Disney flick "Cruella" -- in a Land Rover Defender that previously belonged to Prince Philip. 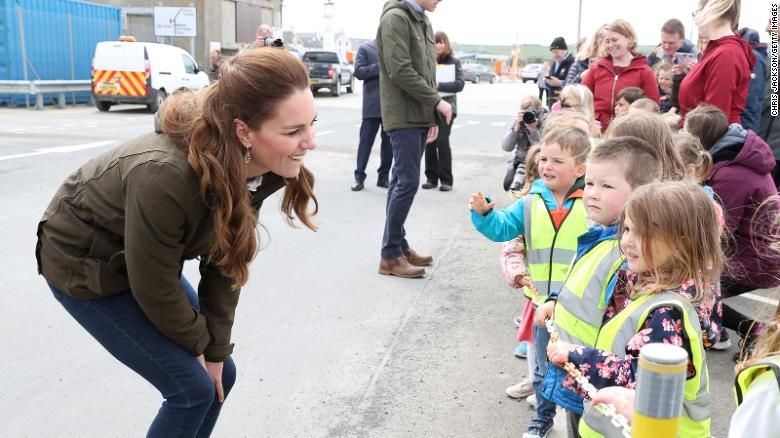 Catherine, Duchess of Cambridge speaks to school children while visiting the European Marine Energy Centre in Stromness on day five of their week-long Scottish trip.

"Please turn that off -- it's hurting my ears."

Prince William on his wife's attempt at music production

We guess the Duke of Cambridge won't be supporting a side hustle from his wife as a DJ after sampling her skills while in Scotland. Kate gave it her best go on the decks during a trip to Heavy Sound, a social enterprise that uses music and sports to re-engage young people in underprivileged areas. Kate erupted in a fit of giggles over her attempt at mixing, while William remarked that it "sounds like an injured cat." (You can check out the duchess dropping beats over on Max's TikTok.)