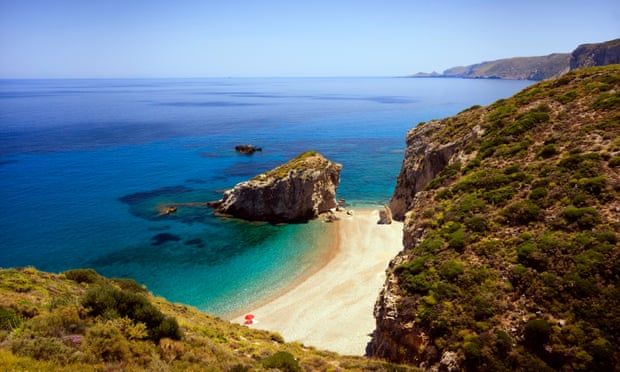 Lifting the ban on foreign holidays in the coming months could risk another lockdown next winter, Boris Johnson is being warned, amid mounting alarm about a third wave of infections sweeping continental Europe.

Scientific experts and opposition politicians are urging the government to be extremely cautious before loosening travel restrictions, with their concerns about the prevalence of new variants of the virus overseas increasingly shared by Whitehall.

“I don’t think people should be planning on summer holidays abroad until next year,” said Prof Kamlesh Khunti, a member of the Scientific Advisory Group for Emergencies (Sage) and Independent Sage at the University of Leicester.

“It’s been a hard lockdown, we are doing so well, we cannot jeopardise this now. Our rates are coming down, our vaccination [rate] is fantastic, and the biggest fear we have is new variants that the vaccines don’t work as well against.

“We knew right at the beginning of the pandemic that our border control wasn’t good: we had people coming in from Spain and Italy and that increased the rates in the UK, and in the summer we have more cases come in. We cannot allow that now,” he said, adding, “Does this risk another lockdown? Absolutely.”

Rowland Kao, a professor of epidemiology at the University of Edinburgh who contributes to the Spi-M modelling subgroup of Sage, said there were “a few reasons to be cautious” about opening up travel, in particular, the risk of importing Covid variants that could be vaccine resistant.

The remarks echoed those of Spi-M member Mike Tildesley, who said on Saturday that foreign travel for the average holidaymaker this summer looked “extremely unlikely”.

The defence secretary, Ben Wallace, struck a cautious tone, when asked about the likelihood that travel restrictions could continue into the summer, saying it was too soon to book foreign holidays.

“We can’t be deaf and blind to what’s going on outside the United Kingdom. If you look in Europe, and the increases in infections, we can’t put at risk the huge amount of effort, by the taxpayer, by the NHS, by our scientists, in developing this vaccine,” he told Sophy Ridge on Sky News.

Vaccinations hit another record of 844,285 on Sunday. The number of new coronavirus cases was 5,312, while another 33 people were reported to have died within 28 days of testing positive for the disease.
Advertisement

The prime minister’s roadmap said foreign travel for all but a few specific purposes would not resume until 17 May at the earliest. Whitehall insiders said the government is scrutinising case rates in destination countries very carefully.

The transport secretary, Grant Shapps, is overseeing a “global travel taskforce” to examine how holidays and other travel could be facilitated, which is due to report in three weeks’ time.

Meanwhile, the Cabinet Office is conducting a separate review of whether some form of Covid certificate could allow travellers to show that they have been vaccinated or have received a recent negative test result.

The shadow home secretary, Nick Thomas Symonds, said: “The renewed surges of Covid across Europe are really worrying. The UK’s first priority has to be to protect the progress made by the vaccine – that means we need a comprehensive hotel quarantine system without further delay.

“Of course we all want international travel to resume, but safety has to come first. It is too early to say if there can be any changes to travel advice on 17 May, as numbers in many European countries are increasing so sharply. We have to be led by the science, not arbitrary dates.”

In a further blow to potential summer holiday plans, a series of European governments looks set to enforce further restrictions due to a surge in infections and European commissioner Didier Reynders said on Sunday that he did not expect an EU vaccine passport potentially facilitating travel to be available until at least July. 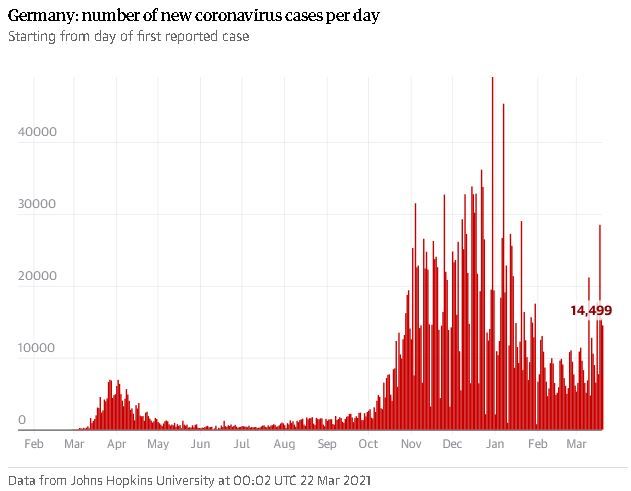 Ahead of a videoconference on Monday of Germany’s national and regional leaders, the Robert Koch Institute for Infectious Diseases reported that case levels had passed a key marker. The number of infections per 100,000 inhabitants hit 103.9 on Sunday, the institute said, above the 100 threshold at which it is deemed that Germany’s intensive care units will no longer be able to cope.

Meanwhile, in light of evidence of a third wave of infection on the continent, Belgium’s health minister, Frank Vandenbroucke, spoke on Sunday of the need for additional measures despite the country having been in a tough second national lockdown since November.

“We have set ourselves a very important ambition by completely opening schools after Easter and catering from May 1st,” Vandenbroucke said. “With this increase in contamination, there is a risk of not achieving these objectives.”

An in-person summit of EU heads of state and government scheduled to take place in Brussels on Thursday was cancelled on Sunday. The leaders will discuss the new wave of coronavirus cases via videoconference instead. A spokesperson said the decision had been taken “following the surge of Covid-19 cases in member states”.

The focus of EU leaders has moved in recent weeks from the question of how to safely reopen economies before the tourist season to protecting health services from becoming overwhelmed. 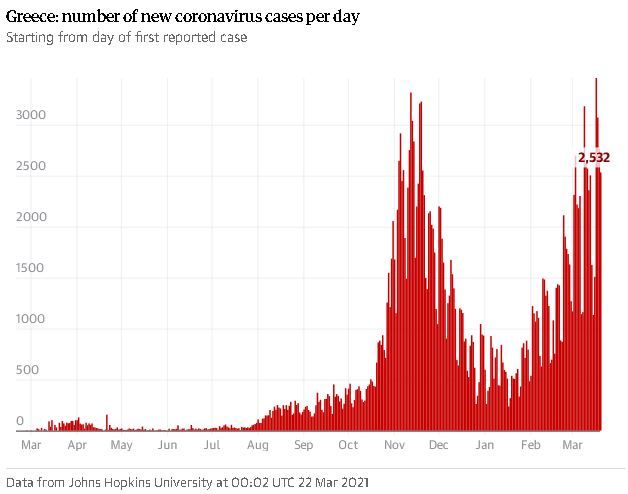 In Greece, a popular tourist destination for Britons, the government on Sunday warned that it could requisition private healthcare resources as its public system was facing strain.

However, any extension of the UK’s travel restrictions – which currently mean holidays are not allowed, and travellers must fill in a form stating the purpose of any trip – would be likely to infuriate Conservative backbenchers already chafing at the length of the current lockdown.

The House of Commons will hold a pair of votes on Thursday to decide whether to extend the government’s powers to impose tough restrictions on daily life for another six months, and a number of Tory MPs have warned they are minded to rebel.

Steve Baker, deputy chair of the Coronavirus Recovery Group of backbench MPs, said, “with so many vulnerable people now vaccinated, people may ask why the restrictions the government is bringing in this coming week are tougher than they were last summer when we didn’t have a vaccine.”

A government spokesperson said some aspects of the Coronavirus Act, which is due to be renewed this week, would be allowed to expire as they are no longer needed – but pointed out that the act also underpins support measures such as the furlough scheme and changes to statutory sick pay.

“The prime minister has said the intention is for our roadmap to be cautious but irreversible, so we need to assess the data against our four tests before proceeding with each step. We do not want any restrictions to be in place longer than needed,” the spokesperson said.