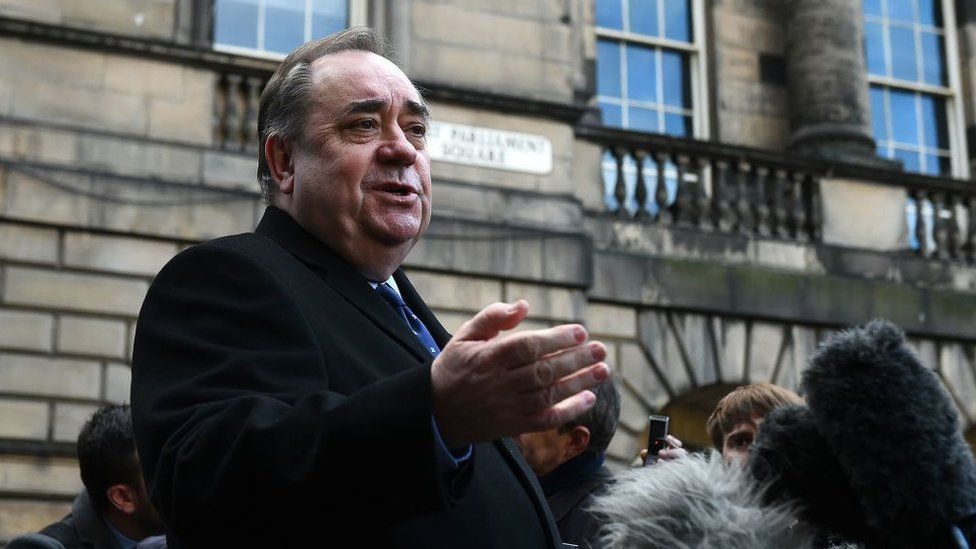 Alex Salmond is to take fresh legal action over the conduct of the Scottish government's top civil servant.

The former first minister said Permanent Secretary Leslie Evans had failed to take responsibility for the botched handling of harassment complaints against him.

He said he had instructed his lawyers to bring proceedings in the Court of Session.

That case forced the government to pay Mr Salmond's legal fees of more than £500,000 after its investigation into complaints by two female civil servants was found to have been unlawful.

While the precise basis of his latest legal bid is not clear, the BBC understands the ex-SNP leader intends to sue the Scottish government for an unspecified amount in damages.

Mr Salmond also said he would also be making a formal complaint to the police over the leaking of details of the allegations against him to the Daily Record newspaper.

First Minister Nicola Sturgeon has said she still has confidence in Ms Evans as permanent secretary, and that the government "made a mistake in the course of trying to do the right thing".

Ms Evans had her contract extended by the first minister last year. It is due to expire in 2022.

The Scottish government said it would be "inappropriate to comment on a hypothetical legal action or on any matter Mr Salmond may raise with the police.

On Tuesday, a Holyrood inquiry concluded that the government's handling of the two harassment complaints against Mr Salmond in 2018 was "seriously flawed".

MSPs on the inquiry committee were critical of the way the new complaints process was drawn up and applied, and of the government's conduct in defending the judicial review proceedings brought by Mr Salmond.

The report was critical of Ms Evans, saying there had been an "individual failing" on her part over the judicial review and that she should have known that the "multiple roles" she played in the process represented "a significant organisational risk".

A separate inquiry by a leading Irish lawyer concluded that Ms Sturgeon's involvement in the saga had not breached the ministerial code.

The first minister has since said she would have resigned if she had been found to have done so. 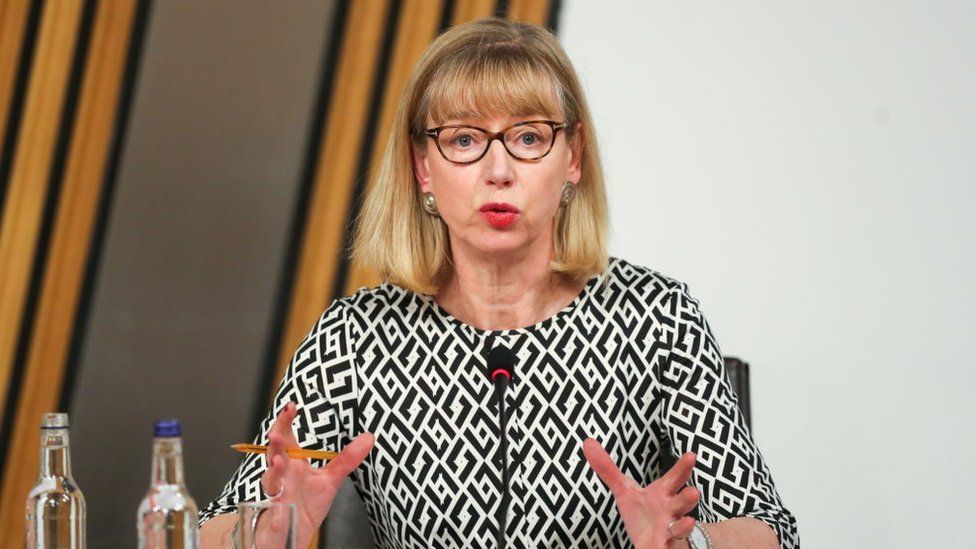 Mr Salmond said the permanent secretary should consider her position after the court case in 2019, and renewed this call while giving evidence to the inquiry last month.

In a statement released on Wednesday, the former SNP leader said: "More than two years later, and despite the most damning condemnation from a committee in the history of the modern Scottish Parliament, the permanent secretary still refuses to accept real responsibility."

He said he had taken legal advice and would "shortly be instructing my lawyers to bring proceedings in the Court of Session arising as a direct result of the conduct of the permanent secretary".

Mr Salmond was acquitted of 13 charges of sexual assault in a separate High Court trial in March 2020.

Alex Salmond says he accepts the findings of the two reports this week.

That is not insignificant. Remember he said he was sure Nicola Sturgeon HAD broken the ministerial code. He now accepts the finding of the independent adviser that she didn't.

It is not clear exactly what Mr Salmond's legal action will entail. But it does mean he will be taking a government he once led to the highest civil court in the land once again. That is significant too.

Ultimately, Mr Salmond says he now wants to move on and urges the country to do the same. But his legal action - and a complaint to police - mean there will still be updates to this story in the months to come.

Ms Sturgeon was pressed earlier in the day on why "no one has assumed responsibility" for the failings admitted by the government, which the committee said had let down the two women.

She told MSPs that she had "never shied away" from the fact a mistake was made, but said it was right that complaints were investigated and not "simply swept under the carpet".

She said: "What we must do now is put right the things that went wrong, so that mistakes are not made in the future. I deeply regret what happened, and I have apologised - and will continue to do so - to the women who were let down."

Later a spokesman for the Scottish government said it would "reflect carefully" on the reports and "lessons will be learned".

"The first minister retains her confidence in the permanent secretary, who has operated at all times in line with the civil service code and legal advice received," he added.

Mr Salmond also said he would make a complaint to the police about how the story of the initial allegations against him appeared in the Daily Record newspaper in August 2018.

A previous Information Commissioner's Office (ICO) investigation into the leak found no "hard evidence" that it came from the government - but said it had "some sympathy" to the view that it had.

The inquiry was told that the ICO was the appropriate agency to investigate such matters, and would have reported any issues to the Crown Office if they had been found.