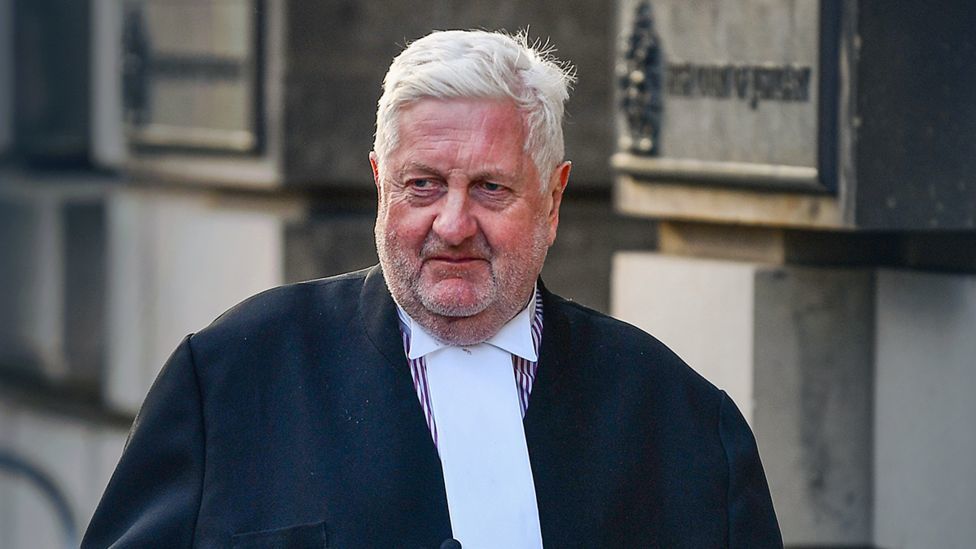 The lawyer who acted for Alex Salmond during his sex assault trial, has been found guilty of professional misconduct for discussing the case on a train.

Gordon Jackson QC was caught on video making comments about the former first minister and two of his accusers.

A disciplinary panel decided the QC's conversation - which was leaked to a newspaper - breached a court order protecting the accusers' identities.

Mr Salmond was acquitted of a string of sexual offence charges.

Rape Crisis Scotland, which prompted the investigation by the Faculty of Advocates with a complaint on behalf of Mr Salmond's accusers, called for Mr Jackson to be stripped of his right to practice as a QC.

Mr Jackson said he would not be making any comment about the panel's decision.

He apologised at the time, saying he "deeply regrets the distress and difficulties" caused by the footage.

He referred himself to the Scottish Legal Complaints Commission and in April 2020 announced he would quit as Dean of the Faculty of Advocates. 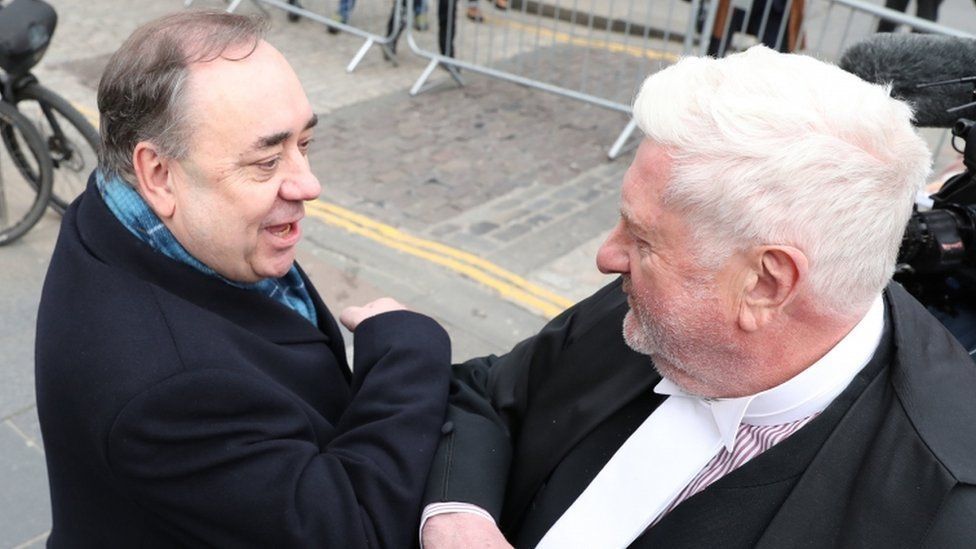 He said it would not be appropriate to remain in post while the faculty was considering disciplinary proceedings.

The panel concluded that Mr Jackson had publicly named two complainers and given details that would allow a woman to be identified.

It considered that this amounted to professional misconduct. It also said that giving details that could lead to identification was a breach of the court order.

The penalty for Mr Jackson's misconduct has yet to be determined. It is open to him to seek an appeal.

The video recording of Mr Jackson's conversation, obtained by the Sunday Times, was filmed by a fellow passenger on a train from Edinburgh to Glasgow during Mr Salmond's two-week trial in March 2020.

It appeared to show the QC naming two of Mr Salmond's accusers, despite strict rules that protect their anonymity. 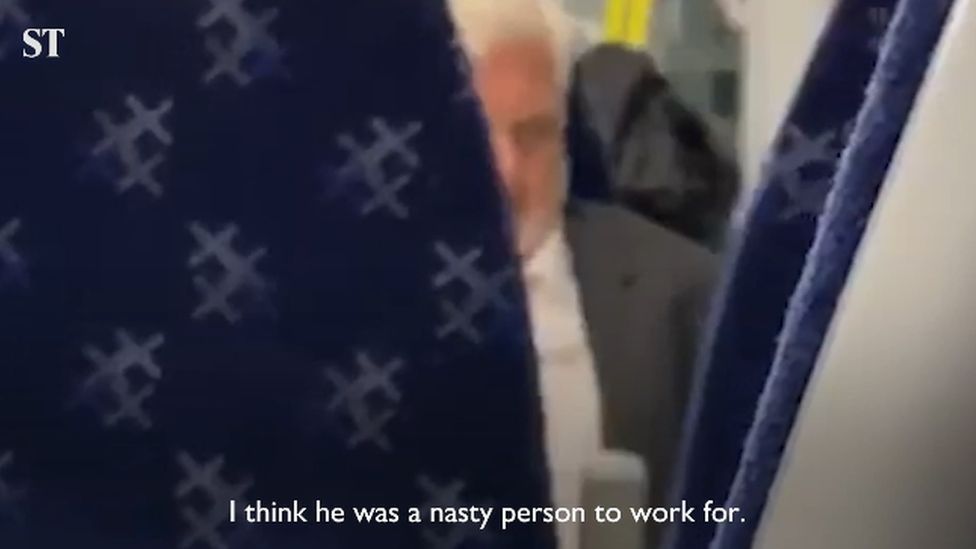 Mr Jackson could also be heard saying: "I don't know much about senior politicians but he was quite an objectionable bully to work with, in a way that I don't think Nicola [current first minister Nicola Sturgeon] is.

He can then be heard saying: "Inappropriate, stupid...but sexual? Unfortunately [he then names two of the women accusers] say it's sexual."

Mr Salmond was cleared by a jury of all 13 of the sexual assault allegations against him.

Rape Crisis Scotland has called for Mr Jackson to be "stripped of his right to practise as a QC as an appropriate sanction that reflects the severity of this professional misconduct".

Chief executive Sandy Brindley said it was "relieved that the Faculty of Advocates have finally confirmed that this was professional misconduct, and a breach of the contempt of court order that remains in place to protect the anonymity of the complainers in this case".

Ms Brindley said: "The process of this complaint handling, and the fact this happened at all, should prompt serious reflection on accountability and organisational culture within the legal profession.

"We shouldn't underestimate the harm of Jackson's actions here, not only to the women directly involved in the case, but in the chilling message he sent that day to anyone considering reporting sexual crimes.

"Navigating the criminal justice process is already daunting and difficult for complainers, any breaches of the anonymity of those who do report their experiences are serious and completely unacceptable."

Lawyers and indeed journalists spend a decent amount of time hanging around the corridors of courthouses picking over the details of cases.

It should be stressed that this generally takes place between people who already have knowledge of the trial in question - more a question of sharing perspectives than telling tales out of school.

So the fact there was some discussion of the evidence being heard and the strategies at play is not necessarily a surprise.

However, the Alex Salmond trial was a phenomenon, the subject of national interest and speculation. As the lead defence lawyer, Mr Jackson was one of the faces of the story.

And rather than being behind the closed doors of the court, this conversation took place in a rather public place - indeed a public enough place for someone to record parts of it without Gordon Jackson's knowledge.

Ultimately, the QC's involvement in the trial may chiefly be remembered for the fact he was on the winning side.

But this finding of misconduct is a blot on what was a formidable reputation, with Mr Jackson facing sanction by the very organisation he once headed.