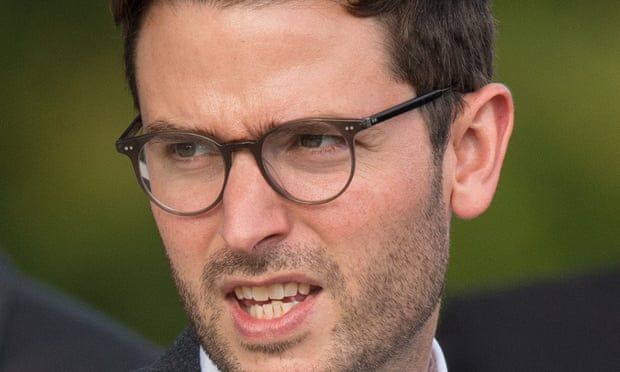 Ex-communications secretary for Sussexes alleged Meghan drove out two staff, which she denied
The royal aide who made a bullying allegation against the Duchess of Sussex is to leave his senior role with the Duke and Duchess of Cambridge.

Jason Knauf will leave his post as the chief executive of the Cambridges’ Royal Foundation at the end of the year.

Knauf was the Sussexes’ communications secretary when, in October 2018, he reportedly emailed concerns about Meghan’s treatment of staff to William’s then private secretary.

Last week Knauf’s “unequivocal” denial that he helped Meghan write a letter to her estranged father helped her win her copyright claim against the Mail on Sunday, which had published parts of the document, a high court judge ruled.

The American-born former corporate affairs executive is said to be moving abroad. He worked for a range of institutions, from the office of the New Zealand prime minister to HM Treasury and the Royal Bank of Scotland, before joining Kensington Palace and leading the press team for the Cambridges and the Sussexes. He has been the Royal Foundation chief executive since September 2019.

In a statement, William and Kate said they were “immensely grateful for his hard work and commitment”, and were sad to see him go. Knauf said working with the couple had been “the privilege of my career”.

The Mail on Sunday, which printed extracts of the letter, alleged Knauf helped Meghan draft a letter to her estranged father and that he could have joint copyright. His “unequivocal” denial of this led to Meghan being granted summary judgment in her favour.

Earlier this year the Times claimed Knauf had expressed concerns over claims that Meghan had driven out two personal assistants during her time as a working royal. Lawyers for Harry and Meghan told the newspaper it was a “wholly false narrative”, while Buckingham Palace said it would investigate the bullying allegations against Meghan.
Add Comment