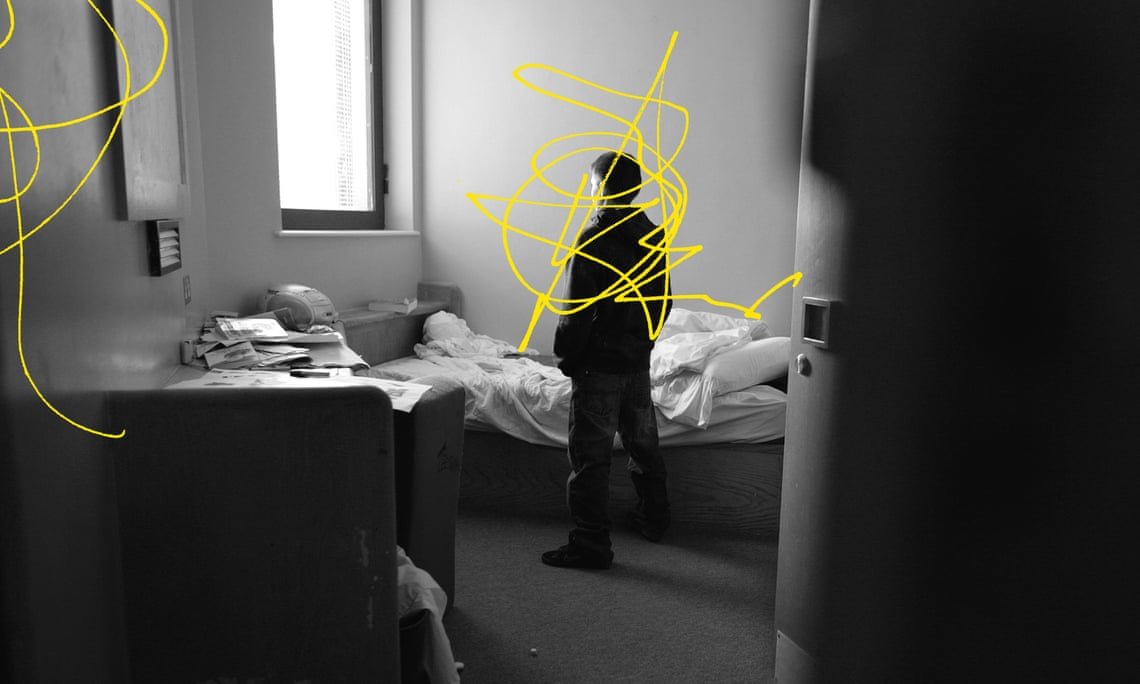 In England and Wales, children as young as 10 can be convicted of a crime – the lowest minimum age of any EU state.

Hundreds of primary school-aged children are being needlessly criminalised because of the “ridiculously young” age of criminal responsibility in England and Wales, according to experts who are calling for it to be increased. In England and Wales, children as young as 10 can be convicted of a crime – the lowest minimum age of any EU state.

Representatives from youth services, the justice system and politicians are urging the government to raise the minimum age a child can be convicted of a crime by at least two years from 10 to 12, in response to the Guardian’s investigation into youth courts.

Currently, a child aged 10 can be convicted of a crime and subjected to a police investigation, potentially resulting in them having a criminal record for life.

Despite repeated criticism and pressure from the UN and other groups to raise the age to at least 12, the internationally recognised minimum, the UK government has so far resisted. No other country in the EU criminalises such young children, with the age of criminal responsibility set at 14 in Germany, 15 in Sweden, 16 in Portugal and 18 in Luxembourg.

Charlie Taylor, the head of the Youth Justice Board, said England and Wales was “starting to look like an anomaly”.

“We need to look at it again,” he said, indicating he would support an increase, along with the Association of Directors of Children’s Services, one of the most senior police officers in the country, the Association of Youth Offending Team Managers, the children’s commissioner for England, Anne Longfield, and the leading children’s legal charity, Just for Kids Law.

Taylor, a former headteacher, began to question the age of criminal responsibility when a 10-year-old he knew was made to stand trial for rape at the Old Bailey.

“It was a really difficult and complicated case but I had the sense throughout that of: ‘Really? Is this really the right place to be?’ He wasn’t remanded or anything and he didn’t receive a custodial sentence but it was an eye-opener,” said Taylor.

Olivia Pinkney, the national policing lead for children and young people, said 10 years old was a “remarkably low” age of criminal responsibility. She added that from her experience as chief constable of Hampshire constabulary, it was very difficult for such young children to understand “what is happening to them if they’re going through the full consequences of the law”.

“There are other ways now of protecting the public” than there were when the age of criminal responsibility was decided, she said.

Longfield described the youth courts as “chaotic and dysfunctional”, calling for a complete review and revealing plans for a project looking into the youth criminal justice system next year.

“It is an area we have not yet shone a light on and we wanted to get firsthand experience of what was going on. It is not a child-friendly environment where you could really help a young person and is not meeting standards that we had hoped,” she said.

Longfield is calling for the age to be raised to 12 as a first step before being raised again to 14.

Last month, Lord Thomas of Cwmgiedd, the former lord chief justice of England and Wales, called for the age of criminal responsibility to be raised from 10 to at least 12 in a strongly worded report on the justice system in Wales.

The report said: “There are better ways to deal with children and young people than criminalising them … The current age of criminal responsibility at 10 is too young. It does not comply with United Nations convention on the rights of the child … We consider it should be raised to at least 12.”

John Bache, the chair of the Magistrates’ Association, who has been a youth magistrate for 27 years, said that although cases concerning children younger than 13 were much rarer than they used to be, “there’s a lot of sense in making it either 13 or 14 – as it is in an awful lot of European countries”.

This autumn, Scotland will stop prosecuting anyone under the age of 12 after its parliament voted unanimously to raise the age of criminal responsibility from eight.

The Scottish law also provides certain safeguards to ensure that harmful behaviour by children under 12 can be responded to in an “appropriate and meaningful way”, which will not criminalise children.

In England and Wales, a private member’s bill to raise the age of criminal responsibility to 12 had been awaiting its second reading in the Commons before parliament was suspended in the runup to the Queen’s speech.

The Liberal Democrat peer Lord Navnit Dholakia, who brought forward the proposed new law, said it was “ridiculous” that today’s 10- and 11-year-olds were being criminalised by a law made in 1963, when the age of criminalisation was raised from eight to 10.

“It’s about time we look at this particular issue and say: ‘Do young people at the age of 10 have the capacity to understand the seriousness of what they have done?’” he said.

The Equality and Human Rights Commission (EHRC) has urged reform across the UK after the UN’s committee on the rights of the child (UNCRC) decided the global minimum age at which a child can be prosecuted should be 14.

Andy Peaden, the head of Leeds youth justice service who represents all heads of youth offending teams in England and Wales, said 10 was “ridiculously young” to be prosecuting children and the age should be raised.

“When you work with young people on a regular basis it’s absolutely apparent that 10-year-olds are not able to be wholly held to account for the stuff they do,” he said.

Aika Stephenson, the legal director at Just for Kids Law, said the low age was “absolutely crazy”. Describing the difficulty in representing 11-year-olds and trying to explain the meaning of a police caution, she said: “What we are expecting of children at that age is quite ridiculous.”

David Lammy, the Labour MP who undertook a review for the government in 2017 on the overrepresentation of people from BAME backgrounds in the criminal justice system, would support increasing the age of majority – the age when someone is deemed an adult – which currently stands at 18. He pointed to Germany, which treats young people under 21 as juveniles if they show a lack of maturity. “Our system has no such flexibility,” he said.

Stuart Gallimore, from the Association of Directors of Children’s Services, responsible for children’s services at every council in England, said it too would support an increase in the age of criminal responsibility.

“I don’t think the general public need fear that all of a sudden there would be this huge group of people who are now not going to face justice, particularly if we find other ways of dealing with their behaviours. Often it’s just the stupidity of age,” he said.

But, Taylor believes, the case of Jon Venables and Robert Thompson, who killed the two-year-old James Bulger in 1993, has prevented successive governments from changing the age of criminal responsibility.

Recalling the CCTV images of the boys leading James away from Bootle shopping centre, he said: “I think those images of those children holding hands has been such a powerful image so it does loom large.”

No 10- or 11-year-olds have been sentenced to custody since 2011, when two brothers from Edlington in South Yorkshire admitted beating and torturing another pair of boys.

The government said it had no plans to raise the age of criminal responsibility.

A spokesman said: “Setting the age of criminal responsibility at 10 provides flexibility in addressing offending behaviour by children and allows for early intervention to help prevent further offending.”