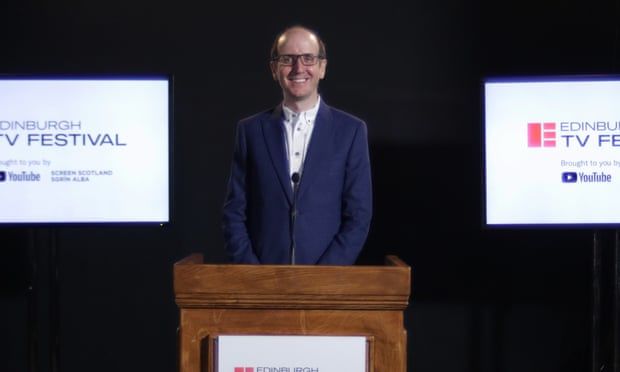 Jack Thorne said funding for shows featuring disabled characters is difficult to obtain, disabled writers are regularly unable to attend script meetings because production offices are inaccessible, and recalled the time a friend who uses a wheelchair was forced to crawl along a muddy floor to reach her desk while working on a film shoot.

As a result, he said, disability is increasingly the “forgotten diversity” in the television industry, and representation of disabled people remains abysmal, in front of the camera and among staff behind the scenes.

Even when roles are made available, they tend to be “disabled people fitting in with non-disabled narratives”, with television producers often offering tokenistic roles to disabled actors. Even Liz Carr, a lauded actor with a disability who had a long-running role on the BBC’s Silent Witness, “had to fight to be heard and to have her character taken seriously”.

Thorne made the comments while delivering the prestigious MacTaggart lecture at the annual Edinburgh TV festival, a speech that often helps shape discussion within the British television industry. He is now calling for television channels and streaming companies to commit to increasing the number of disabled people working on productions. He also wants them to set aside extra money in their production budgets to create a dedicated fund to make every production office and television set fully accessible and create rules for the building of further spaces.

The screenwriter, who spent the early part of his career struggling with chronic pain, said he no longer classes himself as disabled but feels he remains part of the wider disability community. He has built a successful career with credits ranging from This Is England, the television adaptation of His Dark Materials, and the script of the West End hit Harry Potter and the Cursed Child.

Thorne said there had been a revolution in terms of how the industry approached race in recent years, but other aspects of diversity were being left behind.

“I know the Black Lives Matter movement has a long way to go, and that no one is satisfied with our current state of affairs, but I can’t tell you the difference it has made to casting conversations,” he said. “However, the conversation on disability representation is nowhere near as advanced; I have had conversations about disabled talent for years where some of the most appalling things have been said.”

He said a big problem is the reliance on able-bodied people to play disabled characters, sometimes in the belief that disabled actors would not have the ability to play a role: “Since 1988, about one-third of all the lead actor Oscars went to actors who portrayed characters with disabilities, yet not one of them had the disability which they played.”

He suggested this led to simplistic portrayals of people with disabilities: “Disabled people and disabled stories tend to be relegated into two camps – heroes or victims, preferably both. Inspirational crips climbing up a mountain on their hands while we all applaud. Sometimes they’re funny, an acerbic best friend; mostly they’re just sorrowful.”
Add Comment