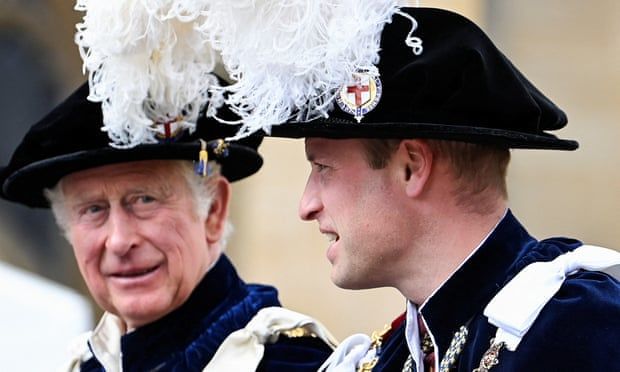 ‘A quiet revolution’: how will the new court of King Charles look?

Known, and often criticised for his outspoken views, the King is expected to aim for continuity of his mother’s reign

A slimmed down monarchy led by a king staying true to his lifelong passions and living at a palace with its doors thrown open to the public: these are just two predictions for the court of King Charles made during his record-breaking 73-year wait to be crowned.

The new leader of the royal family and head of state of 15 realms from the UK to Australia via Tuvalu and Jamaica carries a legacy of strident public interventions which will have to be handled carefully to avoid any impression of tensions with parliament or diplomatic partners abroad.

He has railed against rainforest depletion, argued in favour of complementary medicine and during the 2013 Ukraine crisis he was on a trip to Canada when he told a 78-year-old Jewish woman who had fled the Nazis that Vladimir Putin was “doing just about the same as Hitler”. 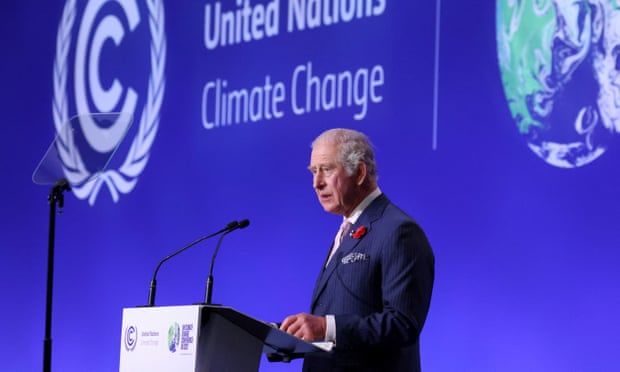 The then Prince Charles, speaks at the opening ceremony of the UN climate change conference, Cop26, in Glasgow.

But he and his advisers have long said he knows the constitutional difference between being head of state and heir to the throne and his new leadership will aim to project continuity with the reign of the widely loved Queen Elizabeth, something bolstered by Charles’s decades of support of his mother and a steady revival in public regard for him since the death of Princess Diana in 1997.

“Clearly I won’t be able to do the same things I have done as heir so of course you operate in the constitutional parameters,” he told a BBC interviewer in 2018. Asked if his campaigning would continue in the same way he said: “No it won’t. I’m not that stupid. I do realise it is a separate exercise being sovereign.”

But after 70 years as heir, he has inevitably developed instincts and habits in his public role that he may find hard to shrug off. Mark Bolland, a private secretary to Charles between 1996 and 2002, said in 2005 that the prince would sometimes refer to himself as “a dissident working against the prevailing political consensus”. His “very definite aim … as he explained it to me, was to influence opinion”.

He has felt obliged to not just speak out but to act, particularly on the issue he has identified as his main priority: climate change. Consider the tone of his opening sentence from his book Harmony published in 2010 (when the Queen was already 84): “This is a call to revolution. The Earth is under threat. It cannot cope with all that we demand of it. It is losing its balance and we humans are causing that to happen. ‘Revolution’ is a strong word and I use it deliberately.”

One source who knows him said he may retain his focus on the environment and rural affairs, while interventions on healthcare and architecture, already diminished in preparation for his coming role, are likely to be vanishingly rare. His experience in foreign affairs – having undertaken more than 90 state visits since 2014 alone – is expected to be a strong suit, given how much the monarch is expected to function as a vehicle of British foreign policy.

The way he sets up shop could be key in swaying the British public’s ambivalent attitude to whether he will make a good king, with the proportion of people feeling optimistic and pessimistic about that question fluctuating around 32% in recent years, according to YouGov polling. 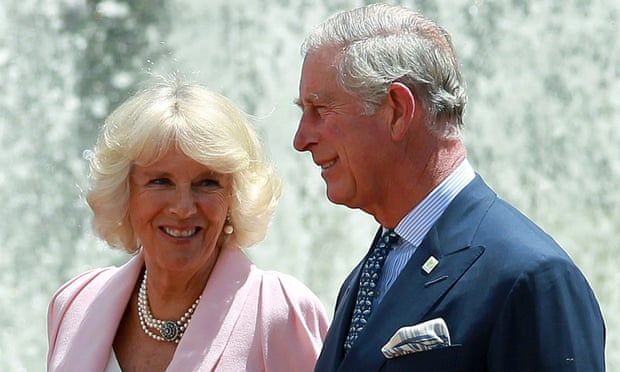 Charles and Camilla, at Narino Palace in Bogota, Colombia, in 2014.

As the new King and Queen Consort Camilla establish court in Buckingham Palace, the Duke and Duchess of Cambridge are set to for a ever larger role as part of a royal “quad” that will lead an already streamlined House of Windsor, following the demotion of the scandal-struck Duke of York and the Duke of Sussex’s decision to relinquish royal duties and move to California with his family.

“They are working more in tandem than ever before,” a source said of William and his father. “[William] will be deputy chief executive, an important role.”

A key issue is how to handle the thousands of annual public engagements and patronages that bind the monarchy with wider society in the UK and Commonwealth with speculation centred on fewer, more focused public events and possibly a developed role for Prince Edward, Charles’s youngest brother, and his wife Sophie, Countess of Wessex.

William, 40, has now become the Duke of Cornwall and is likely to become Prince of Wales. It was reported early in 2022 that William, who is a patron of homelessness charities Centrepoint and the Passage, is interested in using parts of the Duchy’s huge landed estates to house the homeless.

The new king is expected to move much of his Clarence House team into the Buckingham Palace offices, led by his well-established private secretary, Clive Alderton, who has been in post since 2006 aside from a four-year stint as British ambassador to Morocco ending in 2015.

A key fixture is likely to be Peter St Clair-Erskine, a former police commander who is master of Charles’s household and a hereditary peer. Confidantes and friends around the new court could include Nicholas Soames MP, William Shawcross, currently the commissioner of public appointments, and the landowner Charles Palmer-Tomkinson and his family. Missing is likely to be Michael Fawcett, for decades a close aide, who stood down from the Prince’s Foundation charity amid an investigation into claims he offered to help a Saudi donor obtain an honour.

The King’s private homes at Highgrove in Gloucestershire and Birkhall in Scotland as well as the Queen’s home at Sandringham are likely to be other key bases, for a King and his Queen Consort who love rural life. 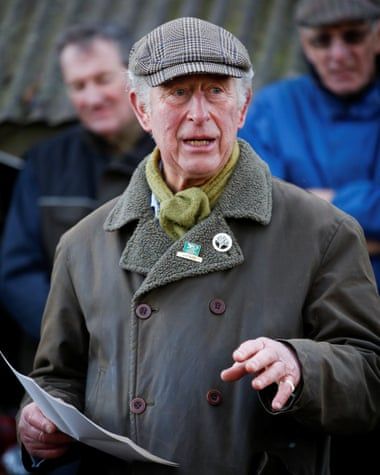 Charles at a hedge-laying event on his Highgrove estate in December 2021.

Repeating his mother’s ability to unify large parts of the country by remaining above the fray of controversies may be harder for Charles who has long felt a calling as a kind of public tribune. In his 1984 book Vision of Britain he quoted GK Chesterton in his call to the quiet majority who, he felt, shared his views: “We are the people of England that never have spoken yet.” In 2010, when he blocked Qatar’s planned redevelopment of Chelsea Barracks to a modernist design by the late Richard Rogers, his then private secretary, Sir Michael Peat, said it was his “duty to make sure the views of ordinary people that might not otherwise be heard receive some exposure”.

One source said we may see a sharper focus on the needs of deprived areas, as well as the devolved nations where Scottish independence and strains in Northern Ireland’s politics continue to threaten the union. Charles is understood to have been particularly proud of the role the Queen has played in the peace process.

Meanwhile it is expected that his involvement in the network of charities will be reduced, perhaps, said one observer, with his flagship charity, the Prince’s Trust, possibly becoming entirely independent.

The court of King Charles is likely to seek a new balance in what he has described as his “mobilising” of influential opinion and power, something critics have attacked as “meddling”.

While waiting to become king, Charles became an elite activist, convening the chief executives of global companies and foreign leaders to tackle issues such as rainforest depletion and how companies can better measure, and so reduce, their environmental impact.

A source who has known Charles for many years has told the Guardian: “Rather than a complete reinvention to become a monarch in the mould of his mother, the strategy will be to try and continue with his heartfelt interventions, albeit checking each for tone and content to ensure it does not damage the monarchy.”

His friend and biographer, Jonathan Dimbleby, has previously said: “A quiet constitutional revolution is afoot. I predict that he will go well beyond what any previous constitutional monarch has ever essayed.”