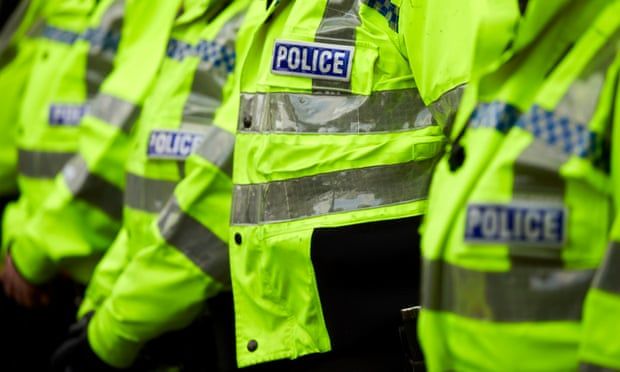 Eight out of 10 kept their jobs after the allegations were made, with a small fraction being disciplined or dismissed.

Experts and campaigners said the figures were further evidence of problems in policing, not just in terms of misogyny in the ranks but in a failure of leadership to tackle wrongdoers.

A series of freedom of information requests by the Bureau of Investigative Journalism showed that 1,080 out of 1,319 police officers and staff who were reported for alleged domestic abuse during a three-year period were still working. Replies were received from 41 forces across the UK.

Just 36 officers and staff, 2.7% of the total reported, were dismissed, while 203 either resigned or retired or left for other reasons.

Disciplinary actions, which can include written warnings or suspension, were taken against 120 officers and staff, 9.1% of the total.

The conviction rate of police officers and staff for domestic abuse is 3.4%, lower than the 6.3% in the general population.

In one case, a male officer with the Metropolitan police was alleged to have abused his partner, a female Met officer.

Susie, not her real name, said she was physically and sexually abused by him during their relationship. She reported him to the Met but, despite other claims he was abusing a second female officer, the force decided he could continue working.

Susie said: “They say how much they’re going to support women, and they don’t. That’s a really bitter pill to swallow.”

Ruth Davison, the chief executive of the charity Refuge, described the figures as alarming: “We see that there is a problem of misogyny, not just in the Met police but right across the police force. The whole of the police force needs radical culture change.

“I can’t really overstate how serious this is. Domestic abuse is fundamentally about power and control, the abuse of power. And police officers do have power; they’re supposed to use that for our benefit to uphold the law and to keep us safe.”

The replies from forces covered allegations from January 2018 to September 2021.

The action taken by forces differed. The Met, the largest force, received 398 domestic abuse reports against serving officers and staff, with nine people being dismissed and 336 still working.

The second largest force in England, West Midlands police, kept its records secret, claiming the cost of providing them would be excessive.

Concerns mounted over misogyny in the police after a serving Met officer kidnapped and murdered Sarah Everard as she walked home in London in March last year.

The Charing Cross scandal triggered the ousting of Cressida Dick as Met commissioner, with the mayor of London, Sadiq Khan, angered by the response of the Met leadership.

A spokesperson for Khan said of the domestic abuse findings: “These shocking figures are deeply concerning and will be worrying for the public, risking even further damage to trust and confidence in the police.”

The shadow minister for domestic violence and safeguarding, Jess Phillips, said: “The police have got to undertake huge reforms to ensure women and girls feel safe and that has to start with them. When cases are brought against police officers, they must act without fear or favour, and act accordingly.”

A spokesperson for the National Police Chiefs’ Council said: “Figures such as these will cause concern to victims and we want to assure you that policing is working hard to root out those who display misogynistic characteristics.”

The murder of Sarah Everard has led to two inquiries, one commissioned by the Met and the other by the home secretary.
Add Comment