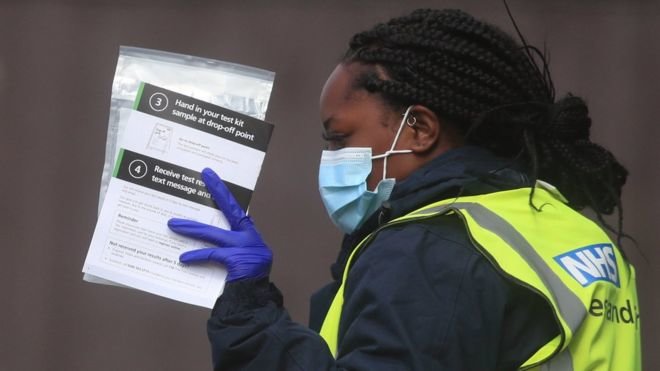 People in England who refuse an order to self-isolate could be fined up to £10,000, the government has said.

The new legal duty requires people to self-isolate if they test positive for coronavirus, or are traced as a close contact, from 28 September.

New measures also include a one-off £500 support payment for those on lower incomes, and a penalty for employers who punish those told to self-isolate.

There were 350 new cases reported in Scotland, the highest daily increase since May, 212 new cases in Wales, and 222 in Northern Ireland.

Fines will initially start at £1,000 rising to £10,000 for repeat offenders, and for "the most egregious breaches". Up until now, advice to self-isolate has been guidance only.

Announcing the new rules for England, Prime Minister Boris Johnson said the best way to fight the virus was for everyone to follow the rules.

"So nobody underestimates just how important this is, new regulations will mean you are legally obliged to do so if you have the virus or have been asked to do so by NHS Test and Trace. People who choose to ignore the rules will face significant fines.

"We need to do all we can to control the spread of this virus, to prevent the most vulnerable people from becoming infected, and to protect the NHS and save lives", he said.

At-a-glance: What are the new rules?


Those attracting the highest penalties are described as including those who stop other people from self-isolating, such as an employer who insists a staff member comes to work in violation of an order.

The penalties are in line with those for people who fail to quarantine for 14 days after returning to the UK from a country not on the list of low risk nations.

In Bolton, one returning holidaymaker, who did not self-isolate and instead went on a pub crawl, is being partly blamed for the town's spike in cases.

Iron fist in a velvet glove

The prime minister is concerned that existing regulations are too often being flouted and are not being effectively enforced.

The government's scientific advisers have suggested as many as 4 out of 5 people who should be self-isolating bend or break the rules.

But the iron fist is encased in a velvet glove.

Following pilot schemes in some parts of Lancashire, a £500 lump sum will be available to people on benefits or on low incomes who have to self-isolate and who cannot work from home.

The UK government hopes the new measures will be replicated in Wales, Scotland and Northern Ireland - which all have powers to set their own coronavirus rules.

Officials said NHS Test and Trace would be in regular contact with individuals told to self-isolate and would report any suspicions that people were not complying to the police and local authorities. 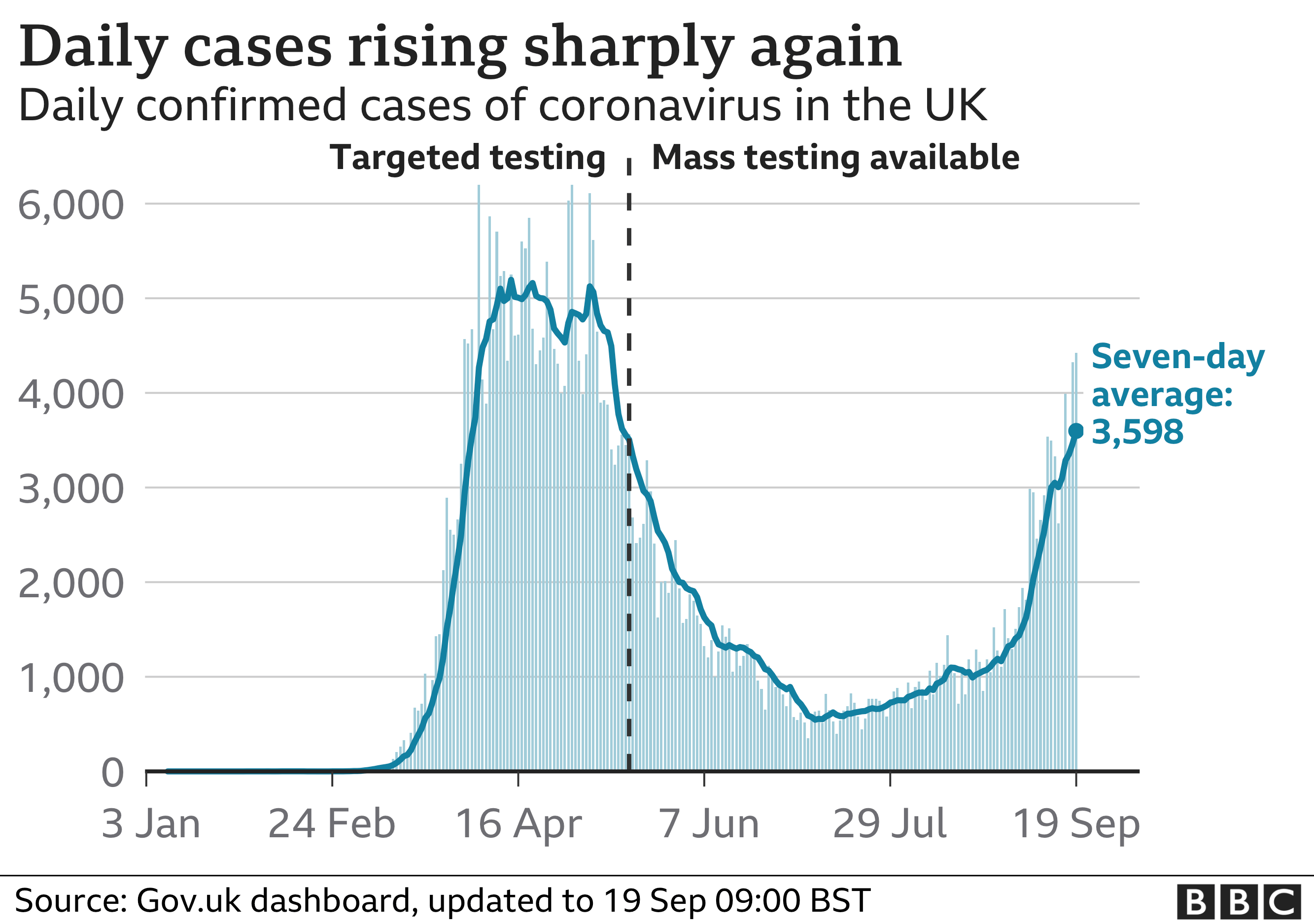 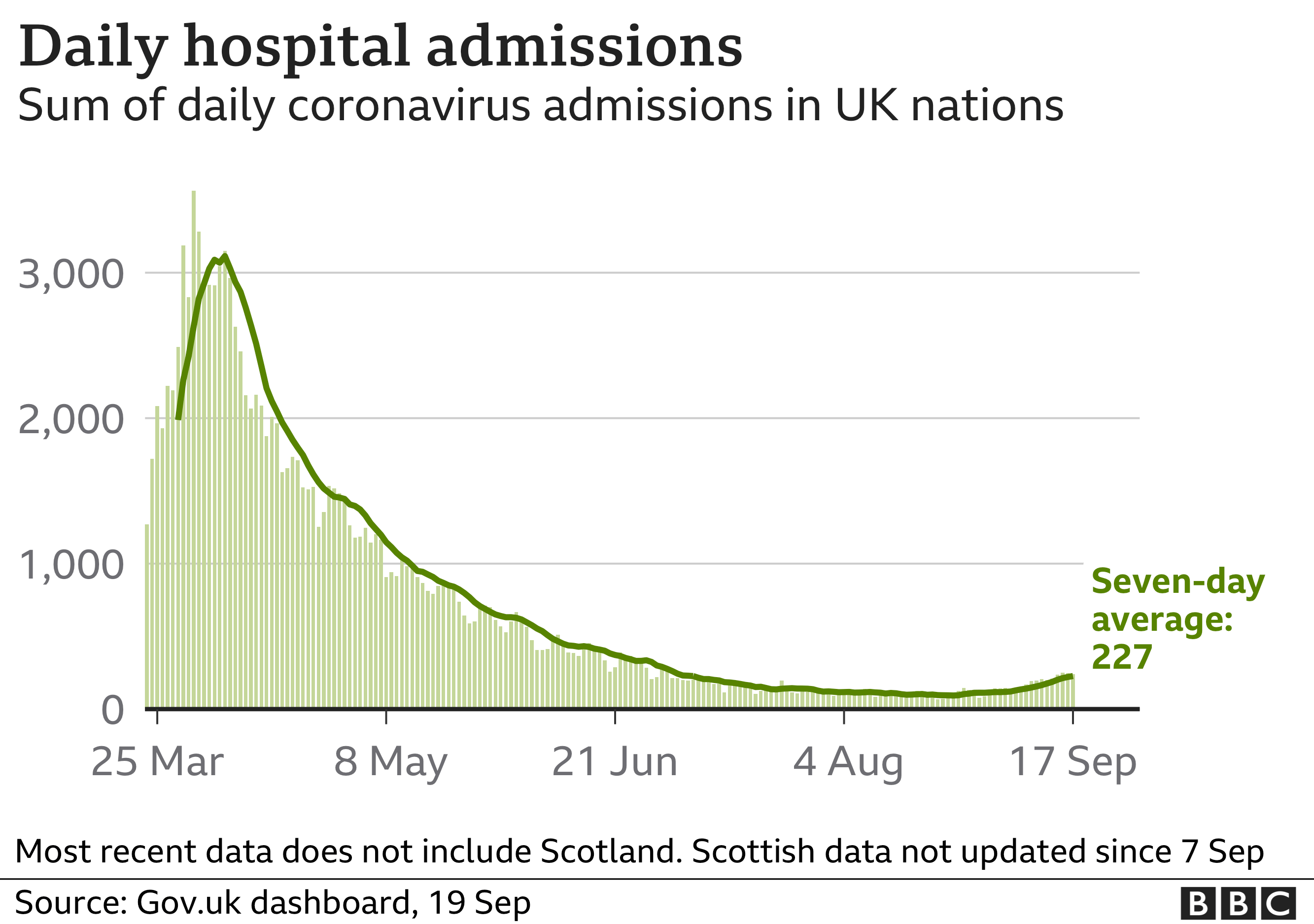 Police will also check compliance in Covid-19 hotspots and among groups considered to be "high-risk" as well as following up reports from members of the public of people who have tested positive but are not self-isolating.

As with other coronavirus rules, there will be specific exemptions for those who need to escape from illness or harm during their isolation, and for those who require care.

Changes to support for those in receipt of benefits or on a low income will initially affect up to four million people who cannot work from home in England, the government said.

The one-off payment of £500 is above both statutory sick pay of £95.85 per week and a previously-announced additional award of £182 for those told to self-isolate in highest risk areas of intervention.